smietr (48)in #bitcoin • 3 years ago
The digital currency verge (XVG) started trading in October 2014 and is, therefore, one of the older anonymous coins in the market. However, when the cryptocurrency first launched, it was called DogeCoinDark. DogeCoinDark's developers’ goal was to make a fun anonymous Dogecoin-based digital currency with enhanced privacy features. In February 2016, the team behind DogeCoinDark decided to rebrand the coin and continue to work on improving the cryptocurrency under its new name “verge.” 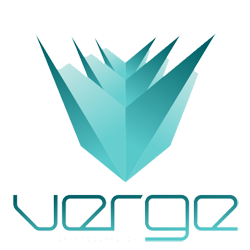 Verge is a decentralized currency designed for users who value privacy. It improves upon the original Bitcoin blockchain by using multiple anonymity-centric networks such as Tor and i2p. That means that all data sent on the verge blockchain is anonymized using the i2P tunneling service, which adds another layer of privacy through the use of “garlic encryption” onto verge. It utilizes multi-algorithm mining support to improve security and individuals with different types of mining equipment are able to mine verge, which means more security through decentralization and a fairer distribution of coins among verge’s mining community. Namely, Scrypt, X17, Lyra2rev2, myr-groestl and blake2s. For instance, the multi-algo makes it one of the most promising coins with a brighter future.

They boast a super fast block time and the big incentive is their routing of information through both Tor and I2P services which adds the privacy element.
Verge uses a proof-of-work consensus mechanism, same as bitcoin, and has a block time of 30 seconds.

Verge has the following roadmap for the near future :

Verge Currency (XVG) is a long term buy/hold for those willing to become rich.
There are several cryptocurrencies being created everyday and most don't really offer anything. Verge has a lot of potential and I first looked at it from an investment standpoint as it is currently low at only 80 satoshis.

This must have been written a while back, last time verge was at 80 satoshi's was in August - it has doubled since then :)

Still i agree a great long term coin to hold!

I think youre right!

HAHA! i live in hope of that!

XVG achieving a $1.00-unit price would require an increase in market capitalization of 6.25x as of today’s date. That would place XVG at a market capitalization of approximately $14.5B, or top 6 crypto assets as measured by overall market capitalization at of today’s date. This is not outside the realm of possibility but would require extraordinary speed to market in relation to other privacy coins and/or and overall increase in the rate of growth in crypto as an asset class during 2018. Most of these assets are not being used as intended and instead are being held by speculators with expectations based on future potential of the platform to develop into its intended use. Therefore, product roadmap and successfully hitting development deadlines will continue to be the tail wagging the dog on individual projects. In the interest of full transparency, I hold XVG in my portfolio.