Jameson Lopp: "A hard fork should not be for something as trivial as changing a single constant (SegWit2x)" Jameson Lopp is a bitcoiner recognized in the ecosystem for being sharp and direct in his speech. Opinions on technical topics related to the criptomonedas of this developer, who contribute moderately to Bitcoin Core, generate so much stir in the social networks that can be considered to him an influencer of the crypt-space.

A passionate statistician, software engineering team leader for BitGo, a digital asset security service for businesses based in Palo Alto, Calif., Created Statoshi, a Bitcoin Core forge that analyzes with incredible and overwhelming detail data extracted from the Bitcoin nodes, ranging from the amount of bandwidth used per second to the amount of bitcoins spent in the network per second.

Lopp, who claims to become a philosopher on the nature of Bitcoin in his free time, considers that the recent update of SegWit worked correctly, even though the total adoption process takes time, and that the SegWit2x proposal is a "waste" of an event as dramatic as a hard fork, motivated by the team's ambition to obtain the Bitcoin brand because it is "extremely valuable."
SegWit was activated two months ago in the middle of congestion in the blockchain, would you say that this update worked?

It certainly "worked" in the sense that no one lost money, existing portfolios did not stop working if they did not make the changes and those who updated now benefit from lower rates while providing more capacity to the rest of the network. We have even seen congestion fall dramatically, I suspect for several reasons. First, we have not seen any suspicious transaction of spam attack, possibly because the people behind it have given up attacking now that Bcash exists. Second, it turns out that only a small excess in transaction volume is needed versus the blockchain's ability to create large delays. As such, despite the fact that the adoption of SegWit has been predictably slow, the small increase in capacity we have already achieved has been sufficient to keep large delays in check. Hopefully this trend continues.

What do you need to do to get the maximum benefits of Segwit?

We want as many portfolios, services and users as possible to continue upgrading to SegWit so that they can receive funds in SegWit addresses. Capacity gains and malleability corrections are not collected until you start spending funds you have received at SegWit addresses. Eventually I expect to see a substantial part of the UTXO suite (converted from unspent transactions) converted to SegWit UTXOs, which means the ecosystem will be ready for the next phase of upgrades: Second layer solutions like Lightning Network. 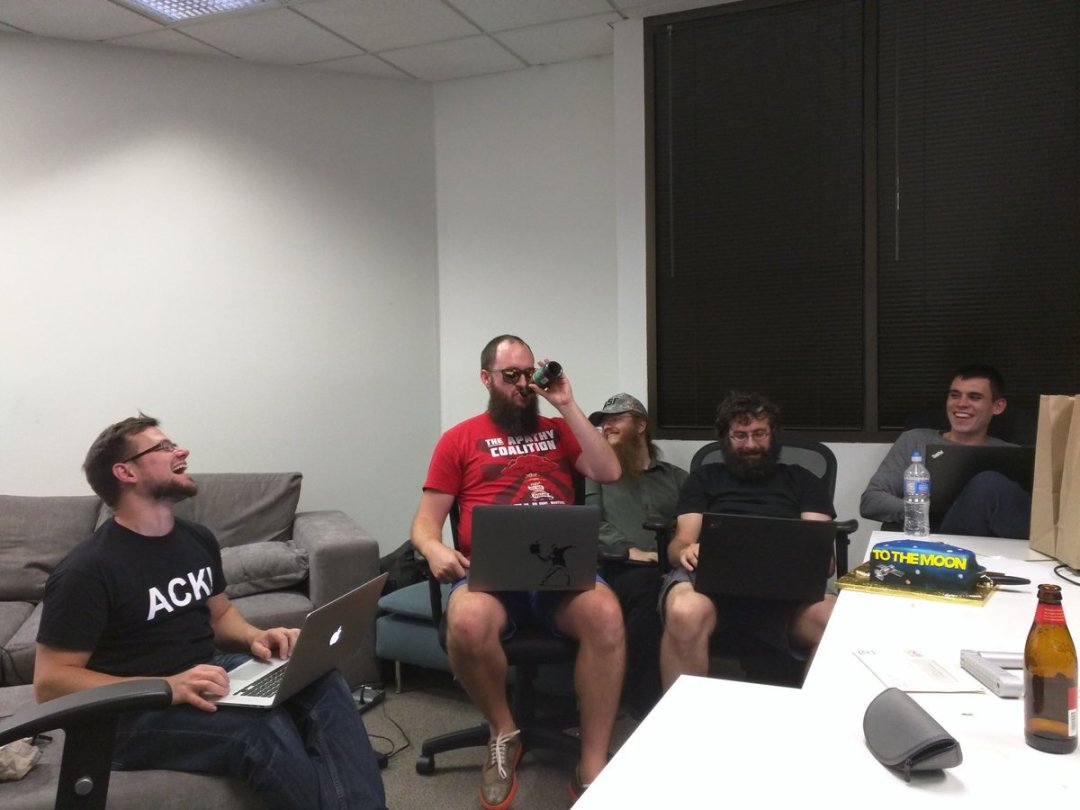 "Necessary" is a matter of perspective. Bitcoin would continue to function even if the size of the bloc was dramatically reduced - the only difference being that tariffs would skyrocket and lower-value transactions would be priced out of the chain. My main problem with SegWit2x is that if we are going to make a strong fork, it should not be for something as trivial as changing a single constant. There are many potential improvements that could be deployed with a hard fork; so dramatic event should not be precipitated and wasted on something so trivial.

I doubt if it is possible for Bitcoin Core as a group to sign any agreement, but I do not know whether any active Bitcoin Core contributors have signed the NYA. Gavin Andresen and Jeff Garzik have signed it, but I think it's been almost two years since they made a contribution to Core.

Are there groups that would benefit from a larger block size? What could they be?

Any company that relies on large volumes of transactions to sustain their business. Retail payment processors are a good example. I recently posted a few tweets about my views of companies that want a hard fork to increase the size of the block, but are not willing to work to reduce their use of block space for the good of the network.

On August 1 we saw the birth of the first criptomoneda that kept the story of Bitcoin, Bitcoin Cash, which was completely separated from the Bitcoin blockchain through reproduction protection, why SegWit2x followers do not want to add this protection of repetition?

The main difference is that the followers of SegWit2X believe that they can force the entire network to follow them in the new forked chain by exerting their combination of hash power and economic power. They want to keep the Bitcoin brand because it is extremely valuable. Unfortunately, I think this is going to be a learning lesson for many people. It may be a lesson to be learned in the most difficult way so we can put the subject at rest - I do not think any more debate will change anyone's mind.

Is it possible that the SegWit2x chain collects more processing power than Bitcoin? What would happen then?

Certainly it is possible. We faced it, for a short period around August 22 even Bcash seemed to gain more than 50% of the total processing of the network. As we can see, the short-term processing of a bifurcated chain is not particularly relevant to its processing or long-term value. The final battlefield will be on the market, as processing must inevitably follow price - it seeks the chain that is more profitable to undermine. If there is an overwhelming amount of bitcoin wealth that decides that it does not want to pay the miners for mining a specific forked chain then the coins are sold at that bifurcation and the profitability of mining is reduced - as we saw happen in Bcash. Jameson Lopp Influencer Bitcoin
Lopp (right) is what could be called a "crypto-influencer". Source: Twitter
What steps could the Bitcoin Core take if the hard fork of Segwit2x takes place? What would be the consequences?

It depends mainly on what happens with markets. Hopefully no action is required at the protocol level. I suspect there will be a period with very slow or unpredictable block times, but I seriously doubt that any of the chains will stop completely and die. It is almost impossible to kill a criptomoneda - anyone who supports it has to give up doing so.

In the Bitcoin mailing list there is a discussion for a PoW change that would include other crypto-coin algorithms and a weighted difficulty / reward, is this on the table as a countermeasure? What would be the consequences for the miners?

I do not think it would be on the table, unless the processing will deviate so much that there were no blocks created for several days in the original chain. If we came to this emergency situation, the "nuclear option" would be on the table. Miners are ultimately employees of the ecosystem; if they cease to serve the interests of the ecosystem, then they can be dismissed.

Having waited almost 1 year, since October 2016, for the activation of Segwit in the main Bitcoin network, do you think Bitcoin has an adequate consensus mechanism? Is there a better way to achieve consensus?

I think the lesson learned from this is that we should not give miners tools that make them believe they have "voting power" over protocol changes. Ultimately, it is up to the users to decide what changes to accept, therefore the changes must be activated by the users and the miners must realize that if they do not follow the desires of the users, they will not be paid.

Can Bitcoin be scaled massively over the chain of blocks? Or are the side chains / payment channels, such as Lightning Network, needed to scale?

It depends on the exchanges that you are willing to do. I have done some calculations in this article that show how much would be the cost of operating a node if we climb ingenuously in the block chain. The answer is "yes, it is possible" if you are willing to substantially increase the cost of operating the node and thus greatly reduce the number of full validation nodes, centralizing the network and facilitating the change against the desires of the users.

How will the profitability of Bitcoin miner be affected by implementations like Lightning Network? 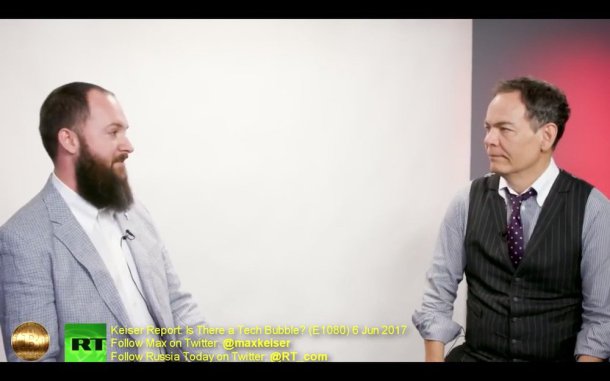 Given Bitcoin's emphasis on decentralization, do you think it is healthy for Bitcoin's development that only a development team (currently Core) can apply changes and updates to the protocol without branching the network (I mean creating two Bitcoin) ?

This is a misunderstanding that has been perpetuated by frustrated people. Any developer or set of developers can create software that updates the network via soft fork, all they have to do is convince users to run the software. Keep in mind that Bcoin wrote software for extension blocks, but simply have not been able to convince anyone to run it. As for being able to deploy non-contentious hard forks, it's a great assumption that Core can write software for a hard fork and then convince everyone to adopt it. I'm pretty sure that if Core were introduced to the SegWit2x change, a lot of people would switch to another implementation and / or simply fork Core again and strip the hard fork logic. It would be trivial to do so.

On the same page of decentralization, what can miners (understood as individuals with mining equipment) do to disperse processing power out of Chinese control and return to decentralization, as in the mining phase alone?

This is a difficult problem because I think it merely reduces to economy. I wrote extensively about what I would like to see happen in the long run regarding mining, but I only see two likely solutions:

Is Bitcoin the only blockchain the world needs?

In terms of money, I think it's best if everyone gets installed in one system. But blockchains can come in a variety of flavors and some will be better at doing certain things than others. I hope there is a huge proliferation of blockchains, but most of them will not be particularly valuable.

Thanks, this is i very good artical.
Upvoted

Congratulations! This post has been upvoted from the communal account, @minnowsupport, by Rusinho027 from the Minnow Support Project. It's a witness project run by aggroed, ausbitbank, teamsteem, theprophet0, someguy123, neoxian, followbtcnews/crimsonclad, and netuoso. The goal is to help Steemit grow by supporting Minnows and creating a social network. Please find us in the Peace, Abundance, and Liberty Network (PALnet) Discord Channel. It's a completely public and open space to all members of the Steemit community who voluntarily choose to be there.