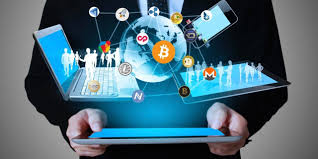 Analysis of the cryptocurrencies market Bitcoin. From February, 26th to March, 5th the dynamics of the BTC price was slow, and there were no drastic falls. During the week, Bitcoin rate grew slowly. On February, 26th it was traded at the price of $9600 but already on the next day the price increased to more than $10 000. On March, 3rd Bitcoin reached the level of $11 0000, and then — $11 500.
Let’s remind that at the end of the week BTC was criticized by the regulative institutions of Great Britain. The price didn’t decrease, so it’s a good news. In Germany, Bitcoin was recognized as the payment means. It had positive influence on the rate dynamics as it is more relevant than British discussions.
Ethereum. Without news support, ETH rate fluctuated in different directions but in the small range. Ethereum started last week at the rate of about $845, and on February, 27th it even reached the level of $890. However, later it corrected and fluctuated between $845 and $870. ETH finished the week at this level.
Litecoin. The price of LTC grew up to about $230 at the beginning of the week. However, on March, 1st Litecoin price decreased to $200. Later it corrected after the announcement about new Litecoin Core update launch — v0.15.1.
On March, 3rd LTC experienced another jump up to #218. Till the end of the week, the LTC price fell a little bit but the week between February, 26th and March, 4th was one of the most calm weeks for the coin.
Bitcoin Cash. The week also wasn’t successful for Bitcoin Cash. The price of the coin fluctuated up and down. However, BCH finished the week with a higher price than it was in the beginning.
On February, 26th BCH cost about $1 150, then its price grew up to $1 270. Almost the whole week, the price of the coin remained at that level. We can underline that the price wasn’t affected by the news that Bitcoin Cash was added to the Debit card BitPay although it was an interesting event.
Bitcoin also resists the growth. Bitcoin coped with the high fees and continuous transactions fees, therefore BCH is not so convincing as it seemed several months ago.
Dash. DASH started the week from $580 but suddenly on February, 27th it increased to about $645. After the correction, the coin returned to the level of $587 in the beginning of March. Then, DASH reached the level of $610. Till the end of the week, the price of DASH fluctuated between $600 and $615.
Monero. From February, 26th till March, 3rd Monero showed strong growth from $273 to $373. Partially, this dynamics is similar to the Bitcoin dynamics, however it was more smooth. Probably, the price of the coin was affected by the news about Monero hard fork — Monero V (XMV). After that, the players were looking for free coins, therefore the growth of Monero was significant.
Our forecast: 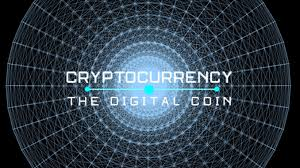 We want to underline that currently the situation resembles rising cryptocurrencies trend as at the end of the previous year when Bitcoin price grew up to $20 000. Bitcoin overcame new highs and accelerated the growth. Now, when the fall finished the celebrations of the Chinese New Year were over and investors invested a lot of funds a new growth wave would start. Soon, we will observe new records!

Note: this analysis of the cryptocurrencies market is just the review and our forecast. It’s our opinion. We don’t guarantee as nobody can give you guarantees concerning the trustworthiness of our forecasts. For future viewers: price of bitcoin at the moment of posting is 9463.00USD

Why do you find it necessary to post the price of bitcoin?