For the whole time of the existence of the cryptocurrency, financial experts are arguing among themselves what bitcoin is. It is a payment system, a repository of value or a tool for speculation. Or maybe all of them.

Before the advent of the blockchain technology, there were very few ways of accumulating funds. You could store money or other valuable goods at home or in the bank.

What benefit do you get from your funds in the savings account? Interest on deposits is gradually approaching zero, and for any transaction will require commission payments. Plus, you give the bank about 20% of the amount used in excess of the balance on the credit card. All this is taken for granted. Virtual currencies such as Bitcoin came to destroy these stereotypes.

In order to purchase bitcoin or any other cryptocurrencies you need to make a deal through a centralized exchange. But there is no need to leave your coins there. You withdraw them to your personal online wallet. The exchangers are known as the weakest link in the bitcoin infrastructure, in terms of security.

The largest incident of this kind occurred in 2013, when users of Bitcoin exchange Mt Gox lost more than 850 thousand bitcoins. These days it was commensurate with 450 million dollars, and at today's price is - $6.8 billion. 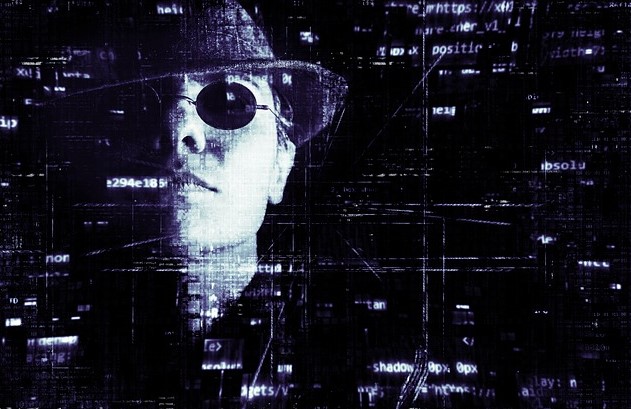 This hacker attack was the reason for the population's impression that the cryptocurrency is unsafe.

The blockchain itself remained unassailable before the hacker attacks, and this will continue in the future.

The problem in society is that the concept of the banking system is strongly rooted in the minds of people. They can't imagine that it doesn't require a third party to store funds anymore. This can be done independently with the help of bitcoins and other cryptocurrencies.

When you store your coins on a stock exchange account, you do not gain anything from it. The exchanger owns them on your behalf. The most reliable method to store bitcoins is to keep them on your own electronic wallet. You can create a paper wallet with keys for encryption. Or you can buy a hardware wallet, such as, for example, Trezor. In reality, there are no coins, they are kept on the blockchain. You just keep your keys, which are used to confirm transactions when you withdraw the cryptocurrency from the account. And this creates a high level of security.

Cryptocurrency exchanges can be subjected to hacker attacks, they can receive shutdown orders by public authorities. Bank accounts can be frozen. Credit card information can be stolen. But nobody can touch your bitcoins.

Bitcoin is the best solution. Look at what's happening in Zimbabwe, people spend hours waiting in line to receive their deposits in banks.

Do you think bitcoin is the savior of the global financial system or the cause of future destruction? You can write about it in the comments.

I am a hardware wallet type. Also, BTC can theoretically be hacked. Ask @pastbastard for the long version, but it is possible.

If blockchain itself could be hacked, then hardware wallet also wouldn’t be a safe, because when you connect it to a network, you could see that there aren’t any coins in it.

Hot Wallets have been hacked, hardware wallets have only been hacked with access to the device itself. I actually read about a man hacking into his own Trezor on here. Long read, even longer hack....

This is true. A massive amount of computing power would be needed nowadays. It would require a state actor making, then verifying a double-spend. More than 51% of the network would be needed, but only for a short time.

Storing your btc in a electronic wallet is one of the best choices you can take because as you said, market exchanges can suffer hacker attacks and even with all the security they have, it can happen.
Right now I have a percentage of my btc on the market and the other % left in my electronic wallet for better security.
Good post btw, thanks for sharing!

hi mate, what electric wallet did you pick and why?

There are a bunch of wallets you can choose like Coinbase, blockchain, EXODUS, etc.
Check the reviews, specifications they have an choose the best one for you!
Some of them apply a fee % and some not so you have to make your own research for the best one that applies to your needs

Hey, I’m using iOS breadwallet. Because it has many great features, it is also recommended on official bitcoin’s website.

Congratulations @nightundertaker! You have completed some achievement on Steemit and have been rewarded with new badge(s) :

Thank you for Great Tips on Security of wallets

This is the more reason why bitcoin is very attractive. Lets not forget the fact that storing your money in bitcoins gives it an appreciative state that is certain on a medium to long term investment basis.

It is a really big opportunity!

450 bitcoins stolen during kidnapping of a Turkish businessman

a lesson to learn

According to the Turkish newspaper Habertürk, the police recently managed to capture a gang of five kidnappers in Merter, a suburb west of Istanbul. This is the first time in Turkey that the police is conducting an operation for a crime related to bitcoin. According to reports, the thugs managed to extract 450 bitcoins from a businessman, worth about $ 3.54 million.
https://steemit.com/bitcoin/@tighilt/450-bitcoins-stolen-during-kidnapping-of-a-turkish-businessman

Yes I read this one, thank you.

There is risk in everything we do in life. Just have to decide the risk reward ratio. I feel really bad for some of the crypto icons on youtube getting hacked recently. I say diversify your storage options as much as possible. Hard wallet, soft wallet, blue wallet, or orange wallet! haha. In all seriousness though don't store all your crypto in one place. Let's be smart now. Great post. If u are interested in cryptocurrency hardware wallets, register for this up-coming product https://asicvault.io 50 first #asicvault units will be distributed between registered users + u will bi informed when pre-orders will start ;)

Bitcoin has set an example for what blockchain has to offer, and I hope one day it will rise and replace the fiat currency we all currently use.