Charlie Lee said "Winter is coming..." - So much FUD in cryptocurrency market

Calm down everybody! If you really want to lose money by selling your coins now, then at least look for better entry to buy more to get your money back!
Governments are doing money on exchanges so why to kill good source of money? Think about all these news at least for a while and I will say once again - CALM DOWN.
Give govs some time. Let them meet with regulators, let them think about things. I'm pretty sure things will be sorted out.

BTW - Most of the volume is coming from bitfinex. What does it mean? Well it means that right now we probably got all that FUD from USA, not from China. It's like a snowball effect.

Remember my yesterday's post about BTCC tween? They said they will stop trading. We are not even told what actually happened and what does that mean. Did they say they will close their exchange? No.

This is not over guys. We will see more and more solutions form cryptocurrency world. Expect more and more better things. Just look for positive news on the internet.

“Bitcoin is a monopoly run by a protocol, not by a managing organization. Familiar monopolies are run by managing organizations with discretion to determine and then change prices, offerings and rules. Monopolies are often regulated to prevent or at least mitigate their abuse of power.” Source: http://www.altcointoday.com/bank-finland-researchers-praise-bitcoins-economic-system-revolutionary/

This is just the beginning of revolution! It has started long time ago, but people got interested only because they see money, not solutions - they focus on money.

Everything will calm down soon - let people breath. It will come back with double strength!

I might be wrong, but I expect things to calm down over the weekend. My entry points is $2800-$3000 but do your own analysis. I will be looking what's in news and observing trading volumes.. 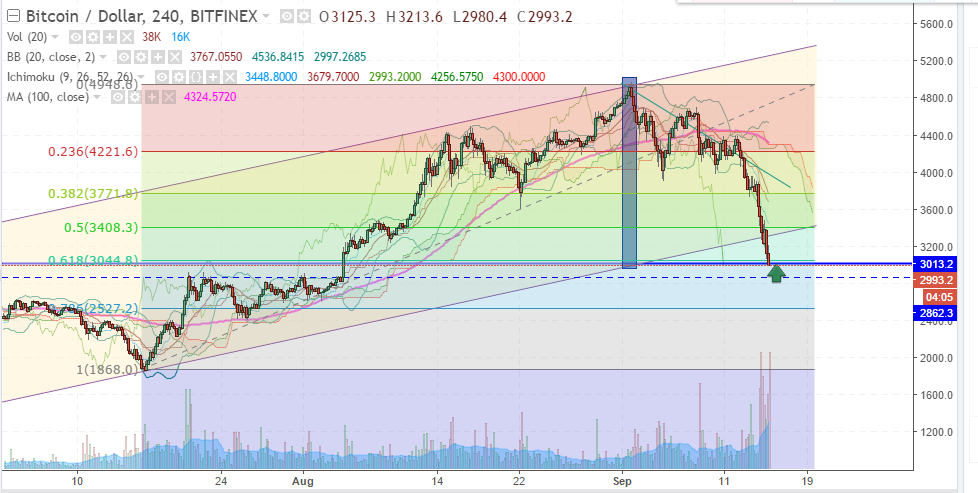 BTW - look what i just spotted on Bittrex.

And just couple of minutes later!