The more you study the more you see. There is alot of support at the $10,000 - $10,600 level, and as we broke through the golden ration yesterday i was very surprised why? As i have mention before, zooming out and looking at the waves helps alot.

Doing that, i noticed there was a hidden support level, shown is green. 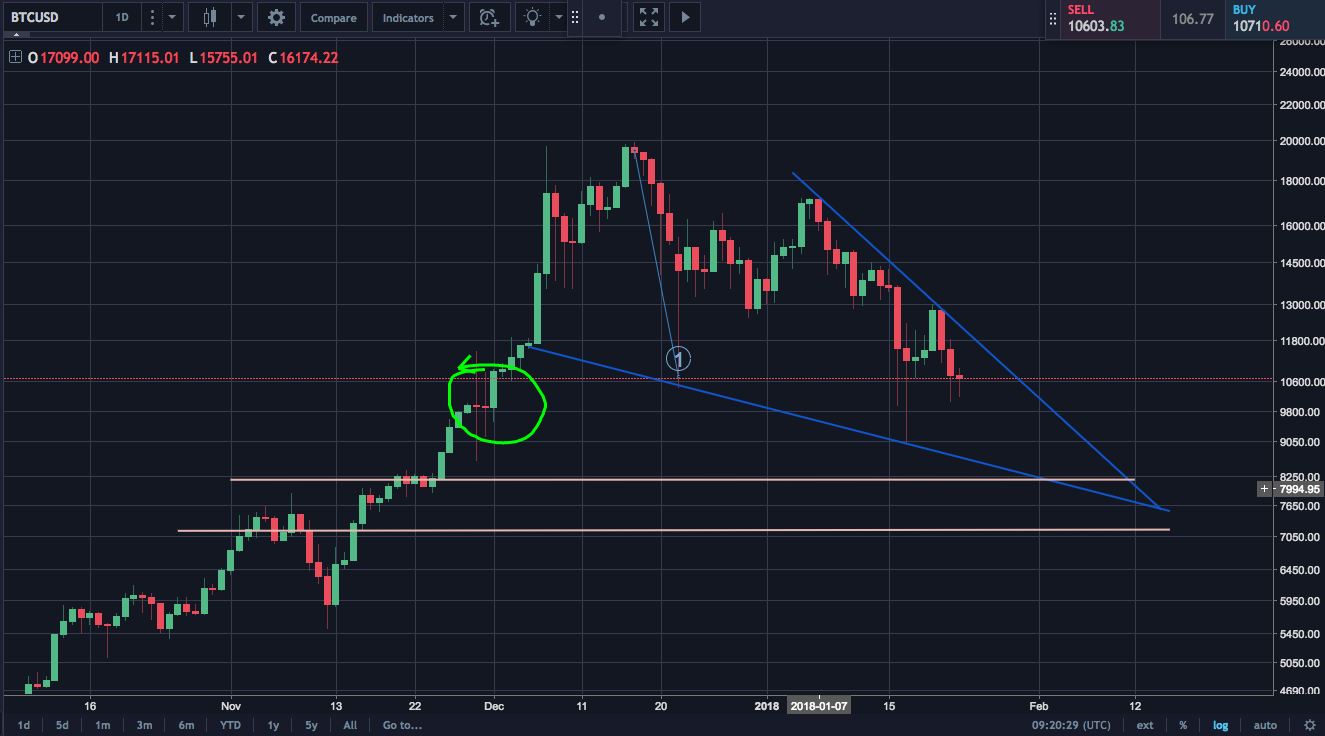 Will this give enough support to keep it from dropping. Maybe. But the BULLS need a charge today as three days of BEARS will break the support, the next ones being circles below. Compared the current support they are MUCH MUCH STRONG. If the curent support in broken the price will drop sharply and might just pierce the lower support with a quick push by the BULLS back into the triangle. After that the two support lines are like walls compared to what has been holding that last 24hours.

At $8000 everyone with an sense will be buying and BUYING as much as they can cause this is going to the moon this year 70-87k. Some people, professional fiancial people predict much higher but i would rather be under than over.

The next 24 hours will tell the tale, either the BULLS charge or the BEARS take it down to $8000. Then WALL STREET AND THE WHALES WILL buy like its christmas all over again and this could shoot up very very quickly so have all your BUY SELL etc set up ahead of time because you will not have time, it could be that fast.