WTC is one of chinese blockchains that was said to be big.

Lately they had big fiasco where in one of their competitions a "winner" forgot to log off twiitter. Since caught they wrote an apology. Things were getting better (price wise) but today they deleted one of their biggest infos - partnership with Alibaba. Binance does most volume here and price already tanked by 24% since the "news". If you believe the project will comeback then catch dumps as China just woke up to see whats going on.

HaHaHa! What a stupid mistake!

Wow, I had a good laugh reading this. Obviously it is some shady stuff and the team winning was intentional, just that they did not envisage been caught. And they guffed again....lol

Initially you are happy,then you have nothing

WTC in trouble? Luckily I sold mine back when it was under a $1..

I hate shady business and when i saw that twitter update from WALTON i said "naw, i'm out"

A bad day for WTC. It's probably too late for damage control.

Even a good project can have a stupid marketing campain. They need to move past this, learn, maybe fire some people. There is life after a debackle and many more people have now heared of this project than before.
In the long ron this may just be an anecdote

This purely a scam and nowadays people invest into something with shady people with proof. Alot of investors need to wake up and invest into something honest and truthful. Also I'm pretty sure i heard something like this with another cryptocurrency and they forgot to logout when they tweeted something similar to this. Seems like a common mistakes with scammers/untrustworthy devs.

I never actually liked Walton, i have a gut feeling they are not to be trusted,
as my father says: when in doubt go with your gut...
i would much rather buy one of the competitors...

thats crazy they did that smh

Disclaimer: I am not an investor in Walton.

Obviously the twitter competition fiasco was not a good look. However I am willing to give them the benefit of the doubt with regards to the Alibaba announcement. The situation here in China is quite sensitive around crypto, while I personally think the govt want companies like Walton to develop, they have a public position that is cryptocurrency is banned. I think Walton eventually realised it was best to keep a low-profile.

They probably felt terrible after the twitter fiasco and wanted to announce some good news.

Just my 2c, could be totally wrong.

LOL oh, that's bad! Gotcha! If you're gonna be shady WTC team, you need to be a little more skillful with it.

Vote me my friend

You will earn 50% of the voting bot's earnings based on your delegated SP's prorated share of the bot's SP pool at the end of each round! You can also undelegate at anytime.

Yeah, this seems like shady business, this may go much lower than that after these news...

This is the real story behind all the contest.... Lol xD;

Lol, reminds me of the fraudulent giveaways that Crypto Twitter accounts want to be famous for.

I heard this was a scam coin is this true?

Congratulations @kingscrown, this post is the fifth most rewarded post (based on pending payouts) in the last 12 hours written by a Hero account holder (accounts that hold between 10 and 100 Mega Vests). The total number of posts by Hero account holders during this period was 411 and the total pending payments to posts in this category was $8015.37. To see the full list of highest paid posts across all accounts categories, click here.

yep bad look. i'm all for 2nd chances & I understand that it's possible to have a "bad apple" especially at newly forming companies, but a large % of investors in cryptocurrencies don't have the patience to wait for a 2nd chance

Waltonchain is giving all sorts of red flags:

The team holds 70% of the coin supply, in only 4 accounts on the blockchain explorer. That's rarely a good sign.

Poorly written whitepaper. Some of may be a language issue (but then again a professional company that is serious would have hired a native English writer to translate), but even the formatting and text alignment is messed up. Not to mention the vague descriptions and meaningless marketing jargon.

For the co-founder who is supposed to be the VP of supply chain of Septwolves, there’s no record of him at all working there ever. People called the company and they said they never heard of him. Apparently they released this photo to the media, which doesn't prove anything but that he went there and took a photo in front of the building. They initially had Septwolves as a "partner" on their site, but have since taken it down. 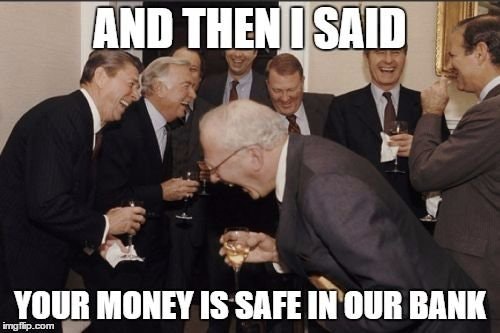 Seems sincere but in a world of cryptos fighting for credibility and position, this is a big blow seemingly. Maybe their tech can get them out of it?

I'm no expert but from the grapevine I hear Walton has some solid tech behind it, they should be fine in the long run.

This was so unfortunate, but the project still shows a lot of potential, and was one of the best ICO´s in the last months.

Anyways, this cannot happen, because it would be such a coincidence for an employee or someone working at the project to win the giveaway, so it looks like it was rigged, I hope not, and I especially hope the project still goes through because their idea is really good.

That is so fucking unprofessional that I can't fathom enough.

That's bad. Thanks for sharing.

Maybe PR person (or PR team) is such a weak link there.... they are not capable to do the things right :/

The truth about @berniesanders! :)