Lastnight, one of my followers was having a stressful time trying to figure out what Digibyte's (DGB) next price move was going to be. Lots of stress and tension.

I shared the below chart with him last night and that my primary count was that since the e wave was sitting on the bottom of the channel, the likely path will be up. However, that the alternate is that this could be a bear flag. So we needed to watch for any decisive break of the support line but that again, this was an alternate scenario and not the primary. 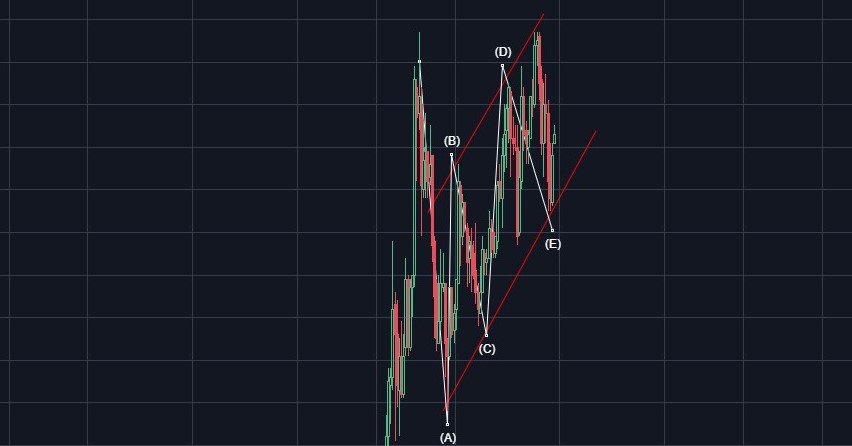 I am happy to say that the primary price pathway has resulted as shown below. Look at the EXPLOSION!! I'm hoping that the follower is smiling ear to ear today with profits!! Have you panic sold? Have you already lost hope? Do you feel that this correction is the end of the world? These are normal, human reactions to feel during a correction. However, awareness enables one to keep the panic away. The below chart shows what could be an a,b,c,d,e triangle and if so, it will likely take a few days. My prior targets of $0.0238 was met, 0.043 was also met. My next target is $0.73 for top of Wave 3! 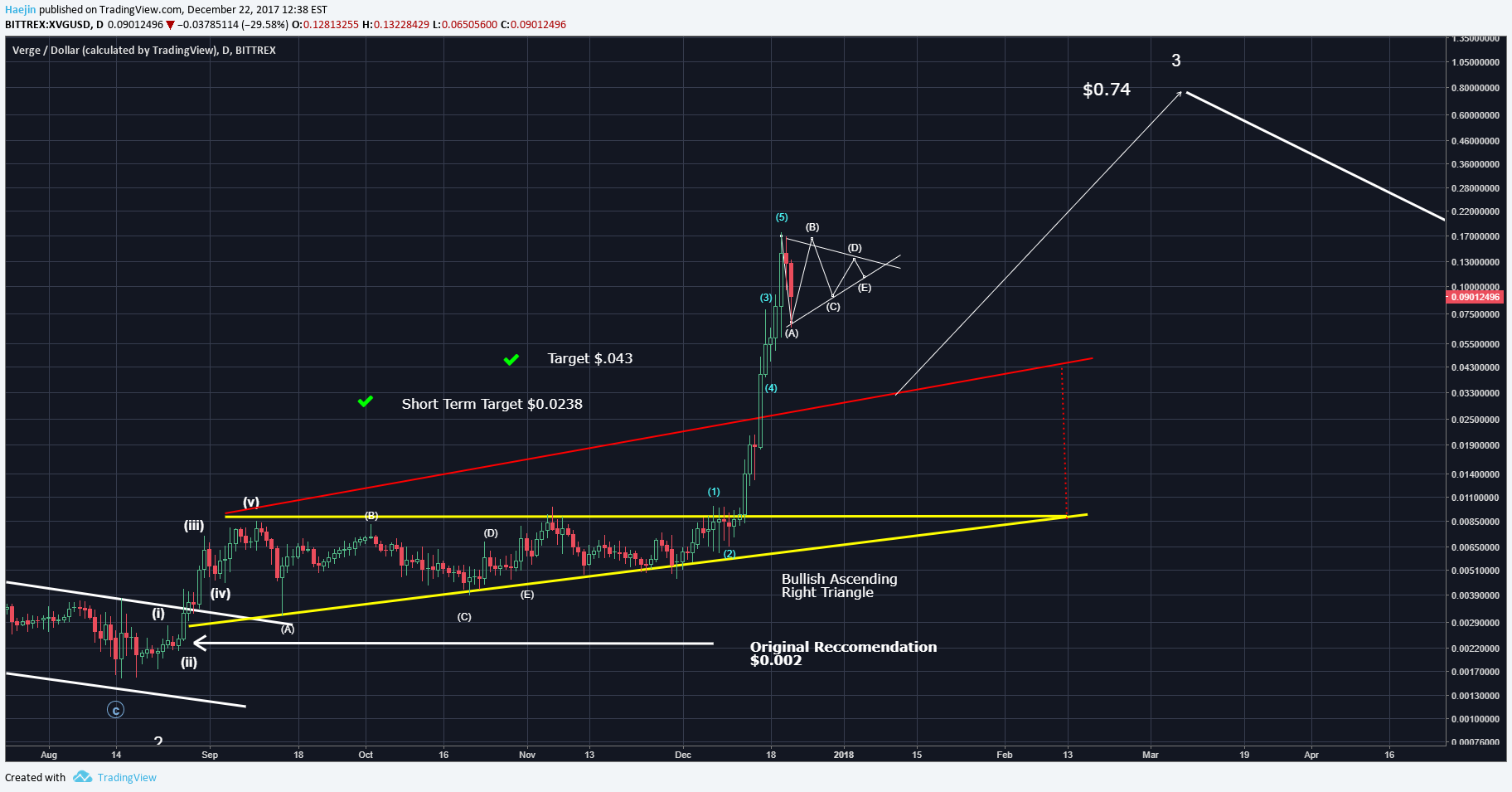