Square announced today that they will be testing bitcoin purchases through their Cash App.

In a statement released by Jack Dorsey's company (Square), they announced that they would begin allowing select customers of the Cash App to buy and sell bitcoin.

The Cash app allows customers to send payments digitally to contacts as well as pay for goods and services at certain companies.

For the time being, bitcoin isn't able to be sent to contacts but they are opening buying and selling of the cryptocurrency to test how it might function on their platform going forward.

The fact that bitcoin is even being mentioned as an inclusion on the popular app adds credibility to bitcoin as a currency and further opens the door for wider spread adoption of the coin for transactional purposes.

Jim Cramer echoed those statements on Squawk on the Street this morning when he said:

The entire release can be read here: This comes on the heels of LBX announcing a bitcoin Visa debit card:

LBX has been exploring ways of letting bitcoin owners spend their bitcoins as easily and freely as cash.

The solution may be something along the lines of this:

"With Bitcoin trading at all time high, investors are working out whether it's best to sit on their stockpile or make the most of it while they can. For those wishing to utilise their investment, opportunities can be limited, with only a small number of big companies currently supporting cryptocurrency transactions. London Block Exchange (LBX) wants to change that. It's launching a new Visa debit card that will let users spend their Bitcoin (and other digital currencies) anywhere across the UK.

LBX claims that the Dragoncard, which launches in the coming weeks, is the first to let investors instantly convert their Bitcoin, Ethereum, Ripple, Litecoin and Monero currency into sterling. The platform and accompanying smartphone app are secured by the same systems that underpin the UK banking system and have provisionally been approved by the Financial Conduct Authority (FCA).

When used on the High Street, customers will be charged a 0.5% fee for converting their cryptocurrency holdings into pounds at the till. The Dragoncard also comes with a one-off £20 charge and will charge a small fee for ATM withdrawals. Public pre-registrations are already open, but institutional investors will only be accepted via invitation.Bitcoin transactions, by default, aren't typically fast. They take several minutes to complete, which has led experts to deem it unsuitable as method of payment. LBX handles the conversion itself, rather than at the point of sale, allowing it to potentially remove that headache for users altogether."

Now that would be a real game changer...

A debit card that functions just like cash today but with the ability to use bitcoin as well as other cryptocurrencies? That is a dream scenario for these things.

We need to get something like this for steem!

Man I was hoping for BTC to drop in price. Wanted to pick some more up. I guess now I will have to wait a few days.

yes more exposure ... I´m concern though, that the big public, like interviews in Bloomberg,for example, still relate ALL blockchain to Bitcoin and how slow it is (few TPS)... the big public doesn´t have a clue that there are many crypto that has already solved those issues

True dat, big bank ceos should be worried coz retail kingpins are getting into digital currencies, some of us turn away from banks for even "spite"🤞 for bitcoin and the other currencies

But the problem is, BTC comes with high transaction fee.

That is why I start to hate bitcoin and shift to other crypto with almost ZERO fee's.

I've tried doing that, but the trading volume is usually quite low for those coins. So, there's either nobody that could fill my altcoin orders for something like litecoin or the price is so much greater per coin it's not worth doing.. : (

Ease of use is a key component of widespread adoption and this is a step in the right direction to make Bitcoin a trusted payment option.

but they didnt say when they will release it. just rummors so far

"LBX claims that the Dragoncard, which launches in the coming weeks, is the first to let investors instantly convert their Bitcoin, Ethereum, Ripple, Litecoin and Monero currency into sterling."

This is the reason why I believe in Bitcoin. It seems slow at times and then shows why its still king by partnering up with great companies.

I was chatting with my friends recently and had this idea! It sounded ludicrous at the time, but I knew there was potential and that we would see it eventually. Interested to see how successful it will be and how it will be received.

This is a great step forward, do you think in time we will be able to use it for steem. I do find the whole thing complicated to understand.

That's amazing having a debit card with the power of trading bitcoin :D
I think this is going to be the game changer.
I am going to love it <3 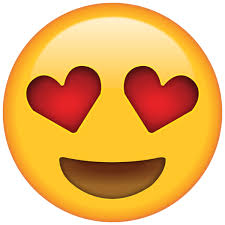 All pieces in the Bitcoin puzzle. People who are sticking a fork in this blockchain do not realize the development that is going on. There are some heavy hitters about to enter the Crypto world with lots of dollars. Big dollars attracts a multitude of developers which ends up leading to more apps which attracts more money...and so on and so on...

I read that the futures market will provide a hedge for companies against the volatility of bitcoin in the same way that airlines hedge on the price of fuel...This will open up more companies to accept bitcoin.

The debit card with which you can spend crypto is already here though.. there are multiple parties that offer it. Although they are not very mainstream companies (yet)

TenX is (so far) the only crypto credit card that I know of. In other words, not a pre-paid card.

Yes, not sure about the specifics of those though, IE can they be spent anywhere? This was from the release:

"Other firms have attempted to launch bitcoin-based cards but LBX is the first to convert the cryptocurrency to pounds, and has been provisionally approved by the Financial Conduct Authority, the UK's financial regulator. It has received £2m in funding and is chaired by Adam Bryant, a long-time Credit Suisse banker who ran the Swiss bank's macro hedge fund team."

TenX can be spent anywhere where a Visa card can be spent, AFAIK. But they have had some issues and were unable to service anybody outside of the EU for a while, that may be fixed now but I'm not sure. The main advantage of TenX is that you load crypto in it and it STAYS crypto until you spend it. Aka if Bitcoin goes up you didn't miss out.

There are many other debet cards for crypto, but most of them involve you pre-loading it with Bitcoin (or whatever) and then it deposits the worth of dollars onto the card of the time when you deposited it.

Do you perhaps know what's the difference between TenX, Xapo and Monaco?

Not really, except that TenX was ahead of the competition. I got out of TenX when I did the math and realized it was overvalued.

Thank for sharing this useful information!

this is good. that can play a role to bringing bitcoin to the masses because now it would be more convenient to spend crypto

I would love to have bitcoin card! So excited about it.

Buy the rumors, sell the facts. I hope not. I have never been able to quell my fears about Bitcoin. It’s performance has outpaced my fears.

What can we say? Bitcoin has carved a niche in the crypto world, it has maintained a fantastic reputation of never failing, thats why its trusted to the moon and back. I dont see them for now using another coin for their app purchase, its for business and people want tested and trusted.

I want one of these cards. In the immediate future I am going to seek a TenX pay card, but pending their success I may consider something else. Either way I think a card that allows spending crypto as very important to me and my investment future. I would love to see a future where I could put all my liquid assets in crypto, and make it immediately spendable through such a card, and yes if it goes up I'm laughing.

So proud to be an early adopter 😁

Both projects are very exciting but wide adoption will not be possible until legislation similar to what you posted here is passed:

This will allow users to be free of capital gains for at least the smaller transactions where the crypto currency price has increased. Otherwise it will be a mess of paperwork and act as an added sales tax for bitcoin and other crypto users.

These exciting developments help stabilizes the market chaos Bitcoin had recently. What a relief. :)

Excellent post. I invite to visit my blog. Good luck.

Need to get those fees down... but man I wouldn't be short BTC

I really think adding Bitcoin to Square will be beneficial to everybody involved. What is next? Ethereum?

Definitely a game changer- did you see that Papa John's is accepting BC for pizza? In the UK, not the US unfortunately. When I first saw the headline I was about to do a happy dance-I mean it's still good news, just wish America would get with the program!

We need a more stable currency to be used for these debit cards. But, as an ancap, I'll take what I can get!

Congratulations @jrcornel, this post is the second most rewarded post (based on pending payouts) in the last 12 hours written by a Superhero or Legend account holder (accounts hold greater than 100 Mega Vests). The total number of posts by Superhero and Legend account holders during this period was 31 and the total pending payments to posts in these categories was $808.93. To see the full list of highest paid posts across all accounts categories, click here.

aren't TokenCard and Monaco trying to achieve this?

Hi)
I’m a community manager of the TravelChain project.
I really liked your blog as it referred to the point of our company. I would like to inform you about our new campaign.
Recently we launched a bounty campaign for our project. I would like to invite you to participate in the campaign of blogs and media.
In addition, I would like to talk to you about helping us with promotion of our blog.
You can find all the information by this link
https://bitcointalk.org/index.php?topic=2364466
Hopefully, it will be interesting for you

Good to know, I'm actually looking for the best bitcoin to ATM (fiat cash) solution for some time. It's nice to have new options.

If Square adopt bitcoin will be another big pump.

Adding a payment method using bitcoin is convenient. But there are a number of problems associated with this. I think now the payment systems are not completely ready for this.

Thank you very much 🤗

Jrcornel I must say mass adoption is closer than we think. When I first saw this card my mind though is it easy for me to use. The answer is yes because I do not have to worry about the long number called address and there are only two things for me to look at, buy and sell. For me and others that is great. Could I use it to spend my steemit reward.