More so than ever before bitcoin and cryptocurrencies seem to be tied to what is going on with Wall Street, and vice versa.

If you haven't been following Wall Street much, it has been mostly taking it on the chin over the past few weeks, much the same way bitcoin has.

The reasons for this are mostly related to Trump, trade wars, rising interest rates, and a market that was already up substantially over the last year without any significant pullbacks.

Basically, it was ripe for some profit taking.

How does bitcoin fit in?

Well, if you go back to December of 2017, you will see that bitcoin peaked just under $20k near the end of the month.

A few weeks later, the Dow/S&P peaked as well.

Both saw significant drops in prices.

The price action can be seen here:

If you look very closely, you can see that bitcoin seems to be leading the price action seen on Wall Street.

To be honest, this makes sense.

As far as risky assets go, bitcoin is considered to be on the extreme end of the risky spectrum. Meaning that people are more willing to put money in it when times are good.

Now that a bit of fear is creeping into the markets, the appetite for buying things like bitcoin seems to have waned.

This is an interesting development because historically bitcoin has had almost no correlation to stocks, except for maybe a slightly negative correlation, meaning that it actually performed slightly better when stocks were weak.

What we have been seeing for the past couple months is different than what we have seen throughout the history of bitcoin.

Wall Street money is entering the crypto space for the first time ever and as we see more of that, the two asset classes are likely to become more and more correlated.

Given this new found environment it seems that getting things to calm down a bit geopolitically might benefit bitcoin as well as the stock markets.

Interesting times we are living in. It seems the environment is forever evolving and changing.

I'm still hopeful that bitcoin will become a hedge against the collapsing stock market. It might not seem that way right now but it can shift very quickly.

Bitcoin will be correlated with the stock market but its moves might be decoupled from a collapsing bond market and inter-bank liquidity problem scenario.

When financial markets move towards extreme volatility to any direction, there tends to be a strong correlation with all risky assets as it impacts the emotions of fear and greed of the participants. When the dust settles across the board, money will find its way back into quality assets. However, assets with no future or little potential will be stuck in the mud for an extended period of time.

That is a great point. Thanks for the comment.

Thanks for the great analysis and info.

I agree. If you have a diversified portfolio including btc and you need fast cash, or you are concerned about the state of things, you are likely to sell btc first, or at least more btc than other assets.

Keep an eye out for a risk-off event (when investors dump all perceived risk assets to preserve capital). Ironically, this very sort of event is something that will benefit Bitcoin in the longer term, with its intent on becoming a transparent store of value.

In terms of correlations, I've just penned a report comparing crypto to all other assets. Highly encourage folks here to read it! 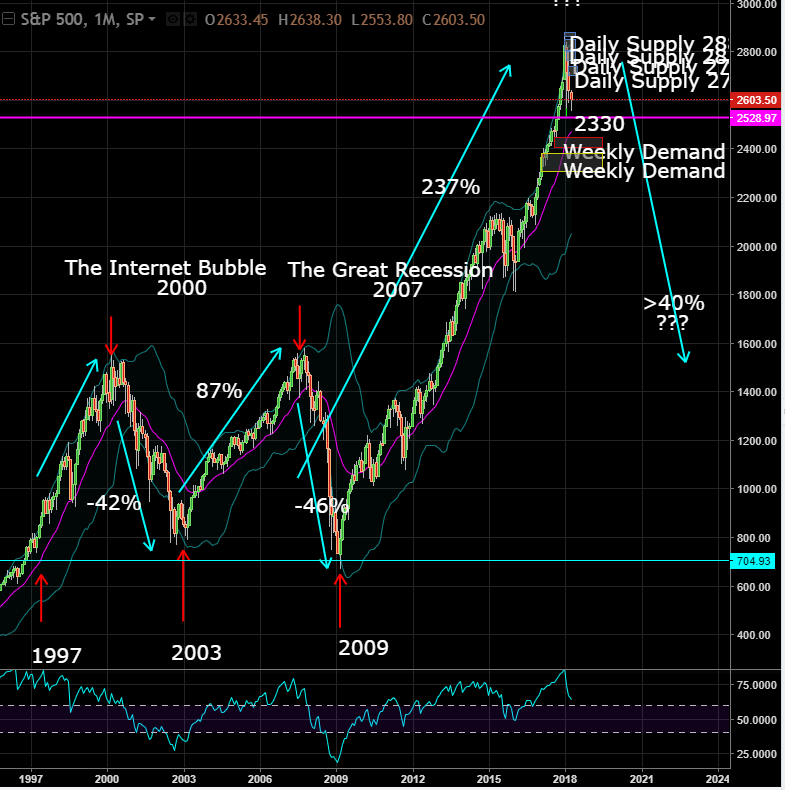 It is very possible.

Great! Yes agree with you.Nowadays market value is low, so it is a opportunity to bye bitcoin.
nice information.
thanks jrconel.

That sounds like good news to me. Despite the current environment, I see a bright future for Bitcoin and STEEM. Who's in with me?

Definitely!! Amazing and trustworthy I think. I hope this post can concealment your cost!

Here's my strategy i started to buy from -50% (every sunday) and i'll do it till we reach ATH and ye it's not btc just some of alts with real team not like verge.

This does not make me feel comfortable. I don't want big corporations to get ahold of assets that are supposed to free us from their nasty influence. So far, looks like the opposite is occurring.

with no future or little potential to be trapped in mud for long periods of time.
I really like your post very nice.
I've recovered and fixed your post,
thank you @jrcornel for sharing stemeet

Many forces at work here with BTC and the short term is very uncertain. Gotta go long and think 1 to 2 years ahead...

Interesting trend. I always thought it worked completely opposite though. When real world is functioning well and quiet, Bitcoin is falling, and vice versa. Kind of like investing in gold or precious metals.

Couldn’t the following scenario also take place?
Regular stocks are crashing, hard and deep. So investors will extract money from it and will search for a new investment. The banks are no option due to the current interest rates.
While BTC are a risky investment it has a long time low. So lots of then are willing to take a gamble so that fresh fiat money fuels a long waited bull run?
Or is this scenario only a dream?

That is possible, though with interest rates starting to rise, traditional investments start to become options again. Online banks for example are paying north of 1.50% on savings accounts already.

I don’t see any link between the two. When the charts are looked at long term there isn’t a link. It’s only a few days and short term it Looks like it. More likely it’s a link of when futures began and just a total retrace due to a huge overreaction surge do to mania and now bitcoin is dropped off mainstream

Yes that is kind of the point. They haven't been correlated in the past at all, but over the past couple months they have been very correlated.

Hey I got locked outta my account sadly. This is my new one. My first post is a video of me proving it’s me. Sucks it’s like totally starting over all cause I messed up my password when I backed it up :(

If you were following me @geneeverett please shoot me a follow here as this is my account now. Again I do a vlog showing this is me as my first post late last night!

Nice work my friend, i like it!! Thank you!

upvote..by the way ..see my lates work on the markets..just up and previous ..you will not be disappointed..thanks