What I have learned this week trading Crypto currencies

Hey Steem! I thought it would be a good idea to write what I have learned this week while trading cryptocurrencies.

Crypto currency speculation extremely volatile just like penny stocks, I often hear traders say it seems the wild west for currency trading. That said, there have been fortunes made in alt coins over the past few years. My main goal the last few weeks was to analyze coins, find technical patterns and gain exposure to a few of the more mainstream coins on Poloniex, study their characteristics and make a few trades. I did have an opportunity recently to post a recommendation trade, but having only traded a few times on Poloniex I wanted to ensure that I could provide accurate analysis to the coins. I want to ensure that the same technical analysis that I use when trading stocks applies to the coins, and there are a few indications that some make the same price patterns as other securities such as stocks. For instance, I could see that the technical's of BTCUSD recently made a V bottom reversal and spiked hard to two very significant trend long term trendlines then broke down off of the reversal triangle at the top of the breakout. (where my two black long term trendlines meet) 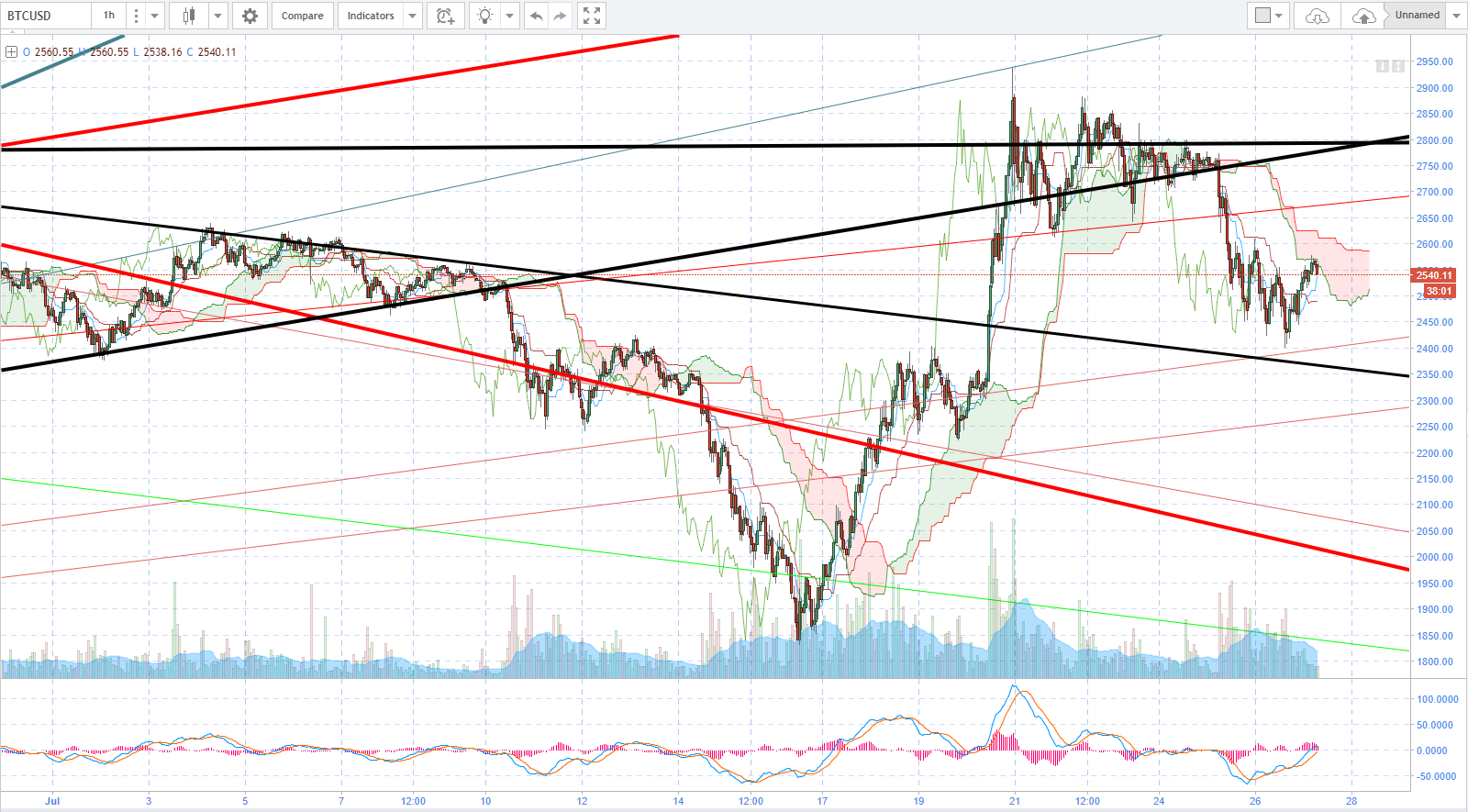 and currently looks like it is temporarily heading to support around $2350.00 on the BITSMAP bitcoin chart, but my long term outlook for coins are bullish I think a small move to the downside in BTC could be healthy as long as it doesn't break any serious long term support lines.

Currently the chart that I use for BTC can look pretty messy when I zoom out, I color code it on the longer time frame to get a good picture of what lines are what when I am trading zoomed in intraday. Iuse it throughout the day to gauge whether It could be risky to sell an alt coin for BTC and to see if we are coming up to any serious support or resistance.

I came to the conclusion that if you were to buy a basket of all of the coins that have a good track record with a good outlook and steady volume and added every so often, you would passively have exposure to the overall alt coin market and I would say your long term risk / reward looks amazing.

Submit
$0.65
3 votes
0
Authors get paid when people like you upvote their post.If you enjoyed what you read here, create your account today and start earning FREE STEEM!