johnchamberlain (48)in #bitcoin • 2 years ago (edited)

It pleases me, that Facebook is take steps to ban cryptocurrency ads, the fewer ads the better imho. I can see a lot of posts crying foul, censorship etc. but I believe the reasons for Facebook cleaning up it's act run deeper.

Facebook has taken some flak recently over the running of ads for fake Telegram Open Network sites and there are tons of other really dodgy "to good to be true" schemes involving cryptocurrencies being advertised.

TON has been overly hyped by the media yet there is no official announcement!! it could be an elaborate joke to expose their stupidity, lack of thought for their readers or perhaps they have fallen victims to the more sinister goings on!

Several news sites even followed up with articles on fake TON ICO websites scamming the ill informed into buying non existent GRAM tokens , as advertised on Facebook. There are exclusive stories on there being an official announcement confirming the advertised sites as fakes.

The combination of media hype and social media ads has given the scammers an open playing field to exploit cryptocurrencies and anyone gullible enough to fall victim to their exploits.

It would be brilliant if Google took similar steps as Facebook. If they are unable to filter out the obvious scams then blanket ban the lot of them the less ads the better in any case! thumbs up to Facebook for trying to get it's act together. 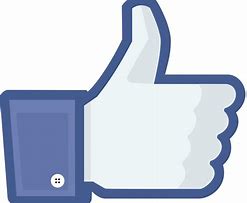 Checkout my posts on how the media has played into the hands of scammers and how google has been cashing in on there ads, my previous one is titled MIT and FT latest to give ICO credibility to Telegram Scam, here's a link to it https://steemit.com/blockchain/@johnchamberlain/mit-and-ft-latest-to-give-ico-credibility-to-telegram-scam

I totally get where others are coming from on the censorship angle but the ban is on dodgy sales advertisements not free open discussion, get the ads out of our faces and encourage the media to do more research so not to overly hype unconfirmed rumors in the crypto space, as it not only plays into the hands scammers but also gives the regulators the ammo they need to impose their regulations on us all.

This ban is very much needed.. so many misleading ads that brings you to financial hell.. they simply luring uninform people into believing thier "blockchain" solutions to everything. Most are just pure ponzi!

Yes, it pleases me to think some might now be saved from the lure of evil ads and the road to financial hell. The situation is obviously very bad for Facebook to have to take these measures. Those crying foul and calling it censorship are probably quite well off and just unaware of how bad the situation is.