Bitcoin Cash: Stories from the Underdog

I know most people didn't see my previous post about Bitcoin Cash being the underdog victor. So let this be a hint to would be investors..

It would be very smart to edge back into BCH, or at least buy back what you already sold.

Remember in the movie Ghostbusters how Egon said "Don't cross the streams"?

Well that's about to happen with the hashing power between Bitcoin Cash and Bitcoin... and the results could potentially be catastrophic. 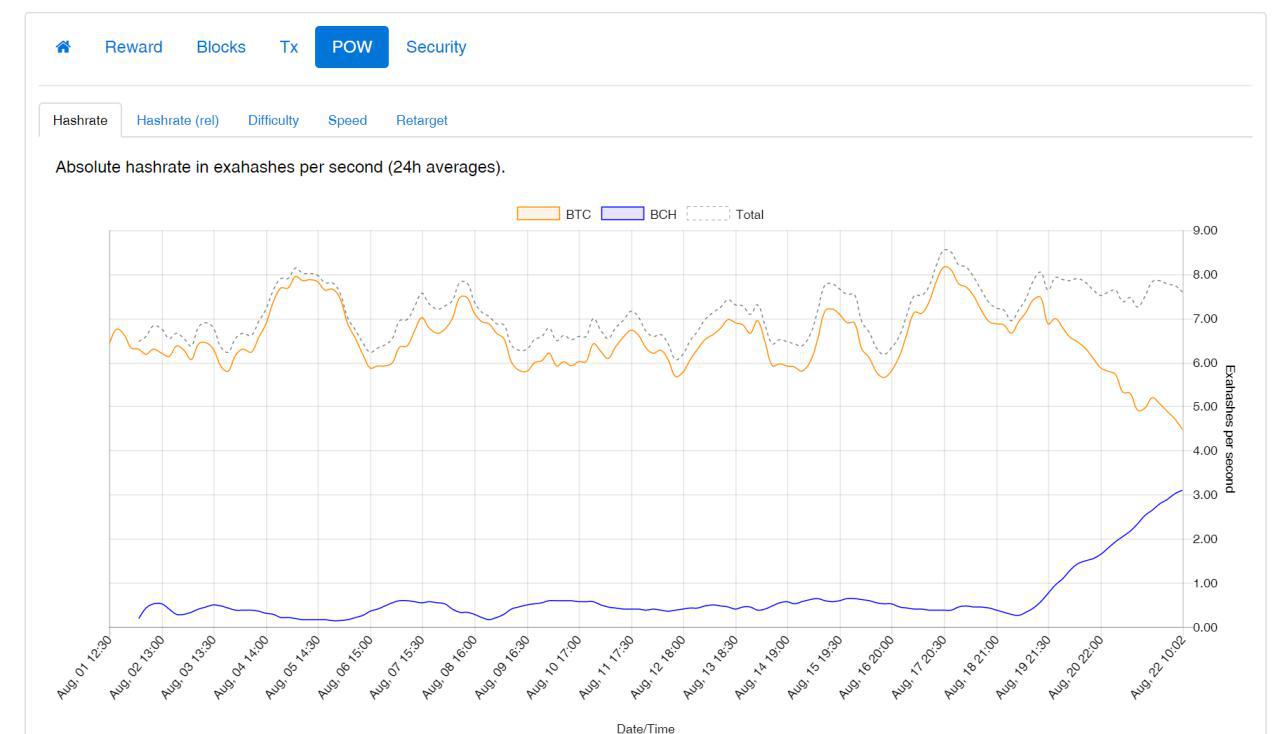 I won't go into the details of what could happen in this scenario. Omar lays that out pretty well in this video here

I will leave the skeptic one last small piece of information though if you haven't actually read my last post on this topic.

In short, it is written in the stars for tales of the underdog. Recently, 8oz Gloves were approved for the Connor McGregor / Floyd Mayweather fight this weekend. A very good sign for Connor. And as most believe him to be the underdog, it looks like the stars are preparing for a huge upset in the underdog's favor.

And I believe Bitcoin Cash to be another tale. That most will be in disbelief of. But in the end, the only thing Bitcoin will have over Bitcoin cash will be twitter consensus.

Do your own research, but don't say I didn't warn you...

Correction with post: My analsysis and personal view was skewed and prevented me from seeing through the smoke. Floyd Mayweather was the underdog, and was always supposed to win, the one who's been in the ring, was raised in the ring, and was not a trash talker who shows up thinking he owns the place. With that being said, the majority of the uninformed public thought Conor was going to walk in and knock him out. Mayweather was the underdog all along and was always going to win in the end.

At some point it would be good to get more of bch , but the trend is down now .
And AA just posted on it on twtr....bch miners are cashing in now contributing to the downturn

Don't forget, Miners are just doing their job. They have a living and ROI to be made as well.. I'm pretty sure they would rather no Drama within bitcoin and have 1 chain and to be worth 10x what is is now. which it could be without all the politics. In the end, miners don't know which one will be king, they could be alternating to just make sure they both stay alive as well..

Just like miners I need to do what's best for me
and that is stay away from BCH until the sell off stops and the look to see if i want any that point .