echoesinthemind (58)in #bitcoin • 2 years ago (edited) So today I woke up and wanted to buy some bitcoin before it surges to 20k. I then remembered that I had a bunch of coins sitting around and decided that I wanted to convert them to bitcoin and then buy some steem with them. My go to place to change my coins was Coinstar. They charge a 11.9% processing fee of whatever amount you are going to change, meaning around 12 dollars for every 100 dollars. Surprisingly I had just over 100 dollars in coins. 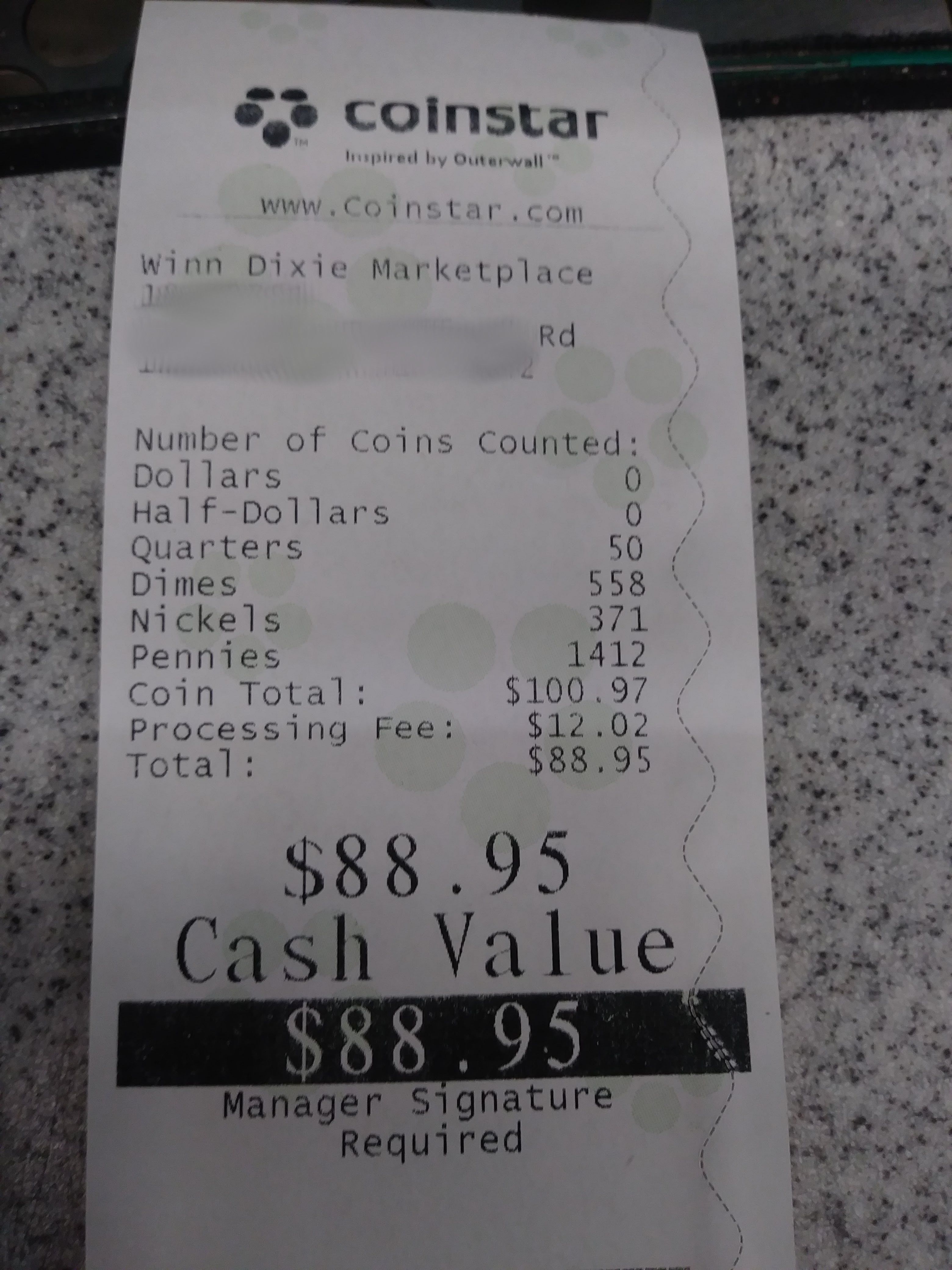 I ended up coming out of the store with $88.95 USD, 10 Euro cents, 25 Belizean cents, 5 Canadian cents and a medium Fender guitar pick. 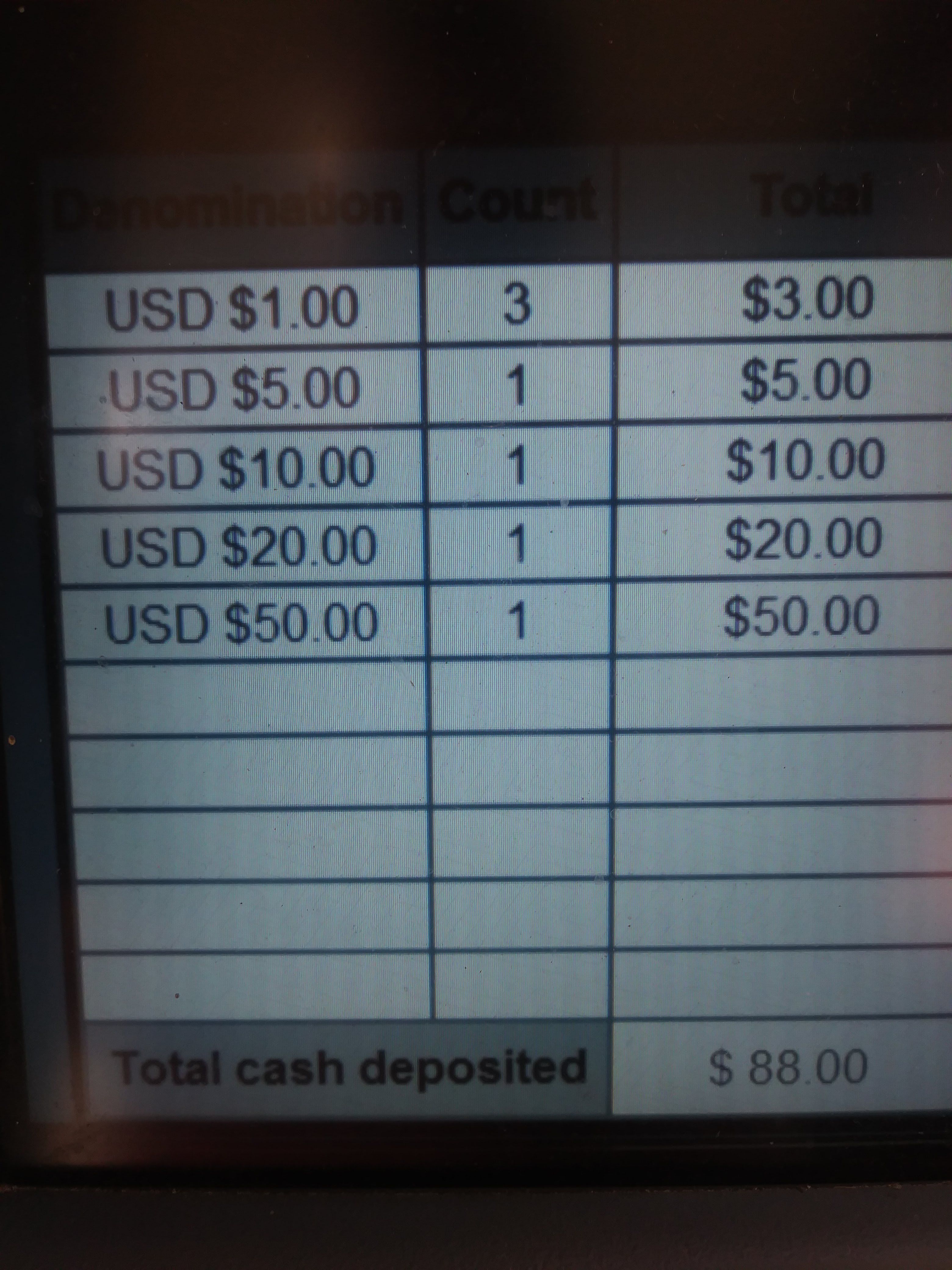 My next step was to digitize my money or in other words deposit it to my bank and buy some Bitcoin.
You could also go to a Bitcoin ATM and buy Bitcoin with cash without having to go through a bank. Unfortunately for me the closest Bitcoin ATM is about one hour away. Therefore I opted to go with coinbase. After getting some Bitcoin, it was time to convert them to Steem. With a hefty fee of nearly $17 USD 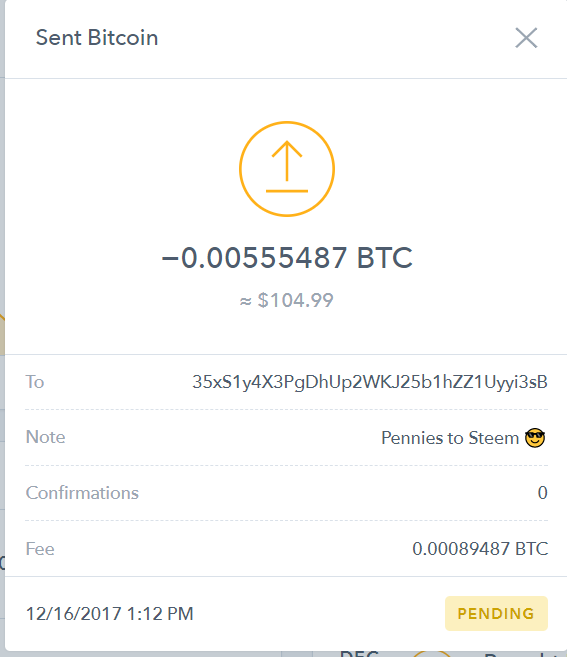 Now we just play the patience game and in a little while I'll be seeing some Steem in my wallet. (;

If you want to get the most out of every pennie you might consider going through your change to look for valuable coins.
In the picture above you can clearly see that there are a few wheat pennies, which are worth more then just a regular penny and with some luck you could find some very valuable coins. I decided not to do so because I'm lazy and didn't want to go through a bunch of change. The option is there though. Very Wise. With the price of Bitcoin and SBD skyrocketing Your original investment may end up being worth much more. Congrats!

Exactly what I was thinking.
Had I done this a few years back, I'd be swimming in money lol
Thank you @evernoticethat (:

We've always had the habit of saving all our change in a jar and then once a month we wrap it up and go deposit it in our daughter's savings accounts. It's not huge, but it's been roughly $1,000 a year.

After reading this I think I'll be converting at least some of those savings to crypto for them. They are only 7 and 2, so I think they'll be hodling for a very long time!

That is awesome!! I'm sure your daughters will be very happy with you.
Converting them into crypto could end up being better than a savings account. 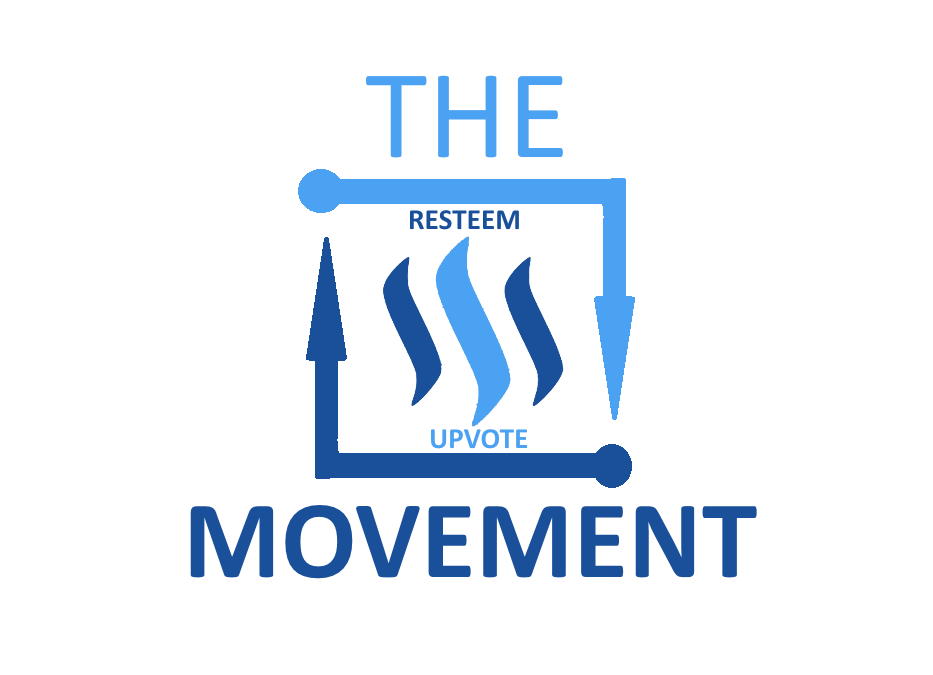 Ouch! High fees eat up a lot of your cash right off the bat. I was just watching @jerrybanfield's latest video and he will trade paypal for steem. I believe you have to be a member of his group though. We should have more people doing this! I would love to see coinstar turn directly into bitcoin! We still have a ways to go though! Great stuff!

Would be great if coinstar turned your change directly into bitcoin, you would avoid so many fees.
Its nice to see that @jerrybanfield is helping people avoid such fees.

Wish I had some way to get rid of change...but best I could think of was charity or trolling some bank exchange point...
lucky UK, Ireland, Canada

There has to be a way you can get rid of your change..
Where are you located? @ragetester

Europe, Latvia, and not the capital of it...

Hope you did the right move. It is just crazy to price surge lately.
Would have been nice to see that Bitcoin ATM. Never tried one.

I have yet to use the Bitcoin Atm myself although I know where it is. Its usually more convenient for me to just use coinbase. I have been wanting to use it though and will likely do so within a week or two.
I'll make a post about it so stay tunned. @danielsaori