Guys, this is not a joke. please see the articles below.
We need everyone to rally and push back the damn gov trying to move into the cryptoworld and attempt to tax it. 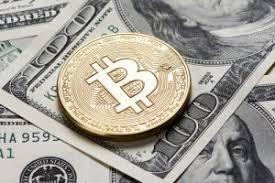 We need everyone capable of helping out to do so and help stop the US from trying to mettle in the free market.

PLEASE SHARE THIS INFORMATION WITH EVERYONE YOU KNOW...AND HAVE THEM PASS ALONG TO ALL THEIR FRIENDS.

Thank you and again, please pass this along ASAP!!!

I checked this out for New Zealand a while back
The IRD's position is that crypto currency is a form of income and is therefore liable for tax, just like any other income.

Then it gets fuzzy.

If it is taxed at source, i.e. you have already paid income tax on it, you don't have to pay tax again.
I don't think you have to pay tax in NZ for money earned overseas and not brought into the country.

So if I work in Fiji for six months, i don't pay tax in NZ on the money I earned in Fiji. It is assumed that I paid tax on it in Fiji and it is their government's responsibility to manage tax collection in their country.

But with crypto, it is not geo-based, so the whole scenario does not apply.

So if I earned bitcoin online and spent it online, with none of the money coming into the country the IRD has not jurisdiction to tax it. Maybe.

Because this is so new they don't really know if they should tax it or not. Their default position is, 'it's safer to pay the tax'.

Sooner or later this will be tested in court and then there will maybe be a ruling that they can apply.

But I think it is naive to expect governments to not try and tax crypto currencies.

For now it is just a matter of deciding which risk you are more willing to take - losing some money to the taxman, or losing all of it in court.

One way or another, they will have their pound of flesh.

That was very informative and also good to read. lol "their pound of flesh"

good post mate, nice you could also be constantly travelling or just move to mexico or elsewhere like i plan to do im not in the states or a citizen there but nz yes i am ill be leaving regardless at some point.....with that said...i think we all know the debt based fiat system isnt sustainable and is going to collapse in that case the irs / ird wont even exist ......and paying taxes will be the least of peoples worries im thinking....

This could be a catalyst to bring down the value of bitcoin on the market if preparedwombat is right. I'm always leary about news. Let's see where it will lead.

If the price drop, I don't think it will be by much since this really would only affect US based users and also users on coinbase. All else should not be affected.

It was only a matter of time. Remember the Beatles song taxman?

If they managed to get in and ask for user info on coinbase, then it may trigger a small decline\pullback.... Emphasis on small decline as people may just abandon coinbase and move to another exchange.

I agree with darionxp. I moved over to Gemini & love it!
https://exchange.gemini.com/

This is most likely scenario as people see this post or are informed by Monday. Gotta spread the word.

Also traded my Bitcoin for Ethereum

I'm still trying to figure out how to track all my transactions through coinbase. I guess I can print out all my history and give it to my accountant.

This post has been ranked within the top 80 most undervalued posts in the first half of May 21. We estimate that this post is undervalued by $12.80 as compared to a scenario in which every voter had an equal say.

See the full rankings and details in The Daily Tribune: May 21 - Part I. You can also read about some of our methodology, data analysis and technical details in our initial post.

how in the world can anyone keep track of this ?

they cant and with whats coming they would better off tending to their own fields/ personal needs and families.....

I think we need clarity on this.

agreed i dont live in the states though,

we all will face these issues....you know every govt wants tax revenue

yes and there lies their demise, greed extortion fraud, they use taxes to finance wars we dont want to fight in its bullshit.....it would be interesting to see them attempt to get through the swamps of costa rica to where i am and survive the aligators that thrive there......good luck i say......at their pearl.....

lucky you...but many people are starting to see. They can never stop with the control, taxation and taking away our rights. Calif. is crazy now.