Bitcoin (BTCUSD) Update: Little Correction Then Off To The Races?!

concordiainvest (50)in #bitcoin • 2 years ago

If you followed the trade from last week, you'd be up around 20%... Woo!! I think those are just the start of the awesome gains this impulse up is going to bring, so let's get prepared for another entry to make some $$$$$.

Let's take a look at the overall view (assuming this is going to be a 5-wave impulse up to make a larger scale wave 3 - this will most likely change since life is usually a bit more difficult, however) 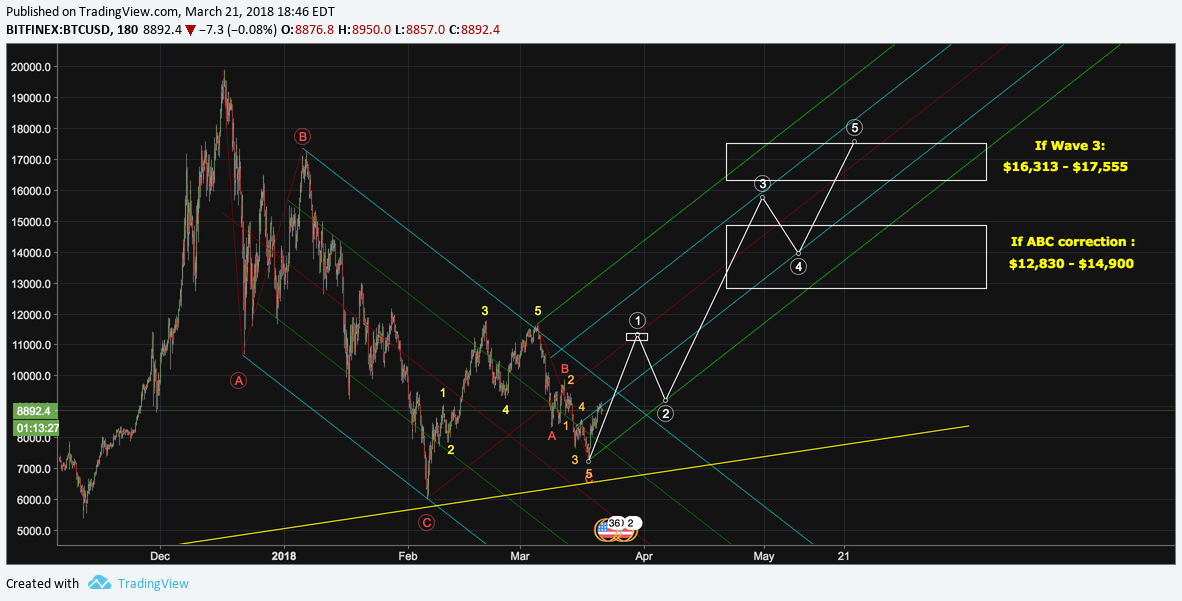 Basically, all I'm saying here is that there is a decent probability that this is a wave 3 in the larger structure. However, it could also be an ABC corrective pattern. Regardless though, our targets are bullish and we'll see if we can make it.

If we zoom up on that wave one that we are currently in, you'll notice that the top of the downtrend channel and the bottom of the uptrend channel meet... To really give us the opportunity to continue into the greater impulse and make ridiculous gains, we'll have to see how price action reacts at the top of the downtrend! Definitely keep an eye out there for possibilities to cash in on some profits if it's not looking so hot.

That being said, we have a nice target at $11,136 - $11,377 to take out some more profits as there is a high probability - upon reaching this target - that there will be a correction, creating the wave two (as seen in the chart above).

Sweet - now that we have an idea of where BTC could be going in the coming weeks, let's take a look at the short-term movement

Note: It's a great idea to start with the macro and work into the micro - doing the opposite will cause you a headache and lead to more time wasted reassessing what you just did 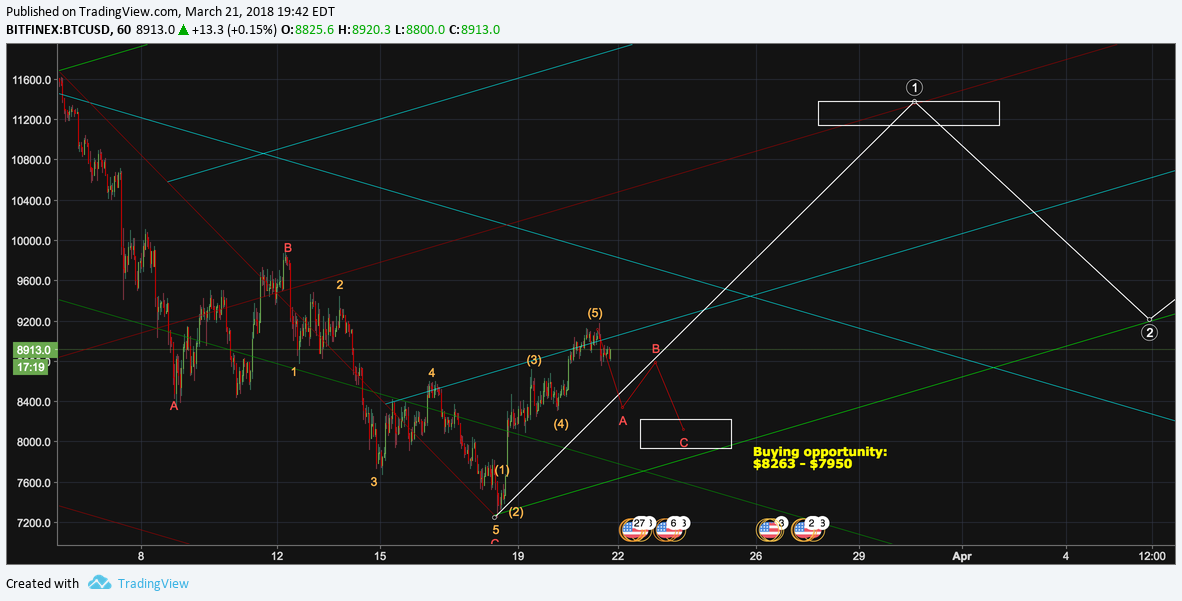 In an ideal world, we'll see a nice 3-wave correction down into the zone $8100 zone before a big move up. Now, I've seen a lot of shorter corrections due to impatience in the market. If you don't want to miss this, you can ladder a few buys down to spread the risk.

For example, if you had 1 BTC that you wanted to use in the trade you could ladder it like this.... In addition to the Elliot Wave count I currently have set up, check out the confluence with the MACD saying this bad boy is going to be doing some sort of correction in the near future.. 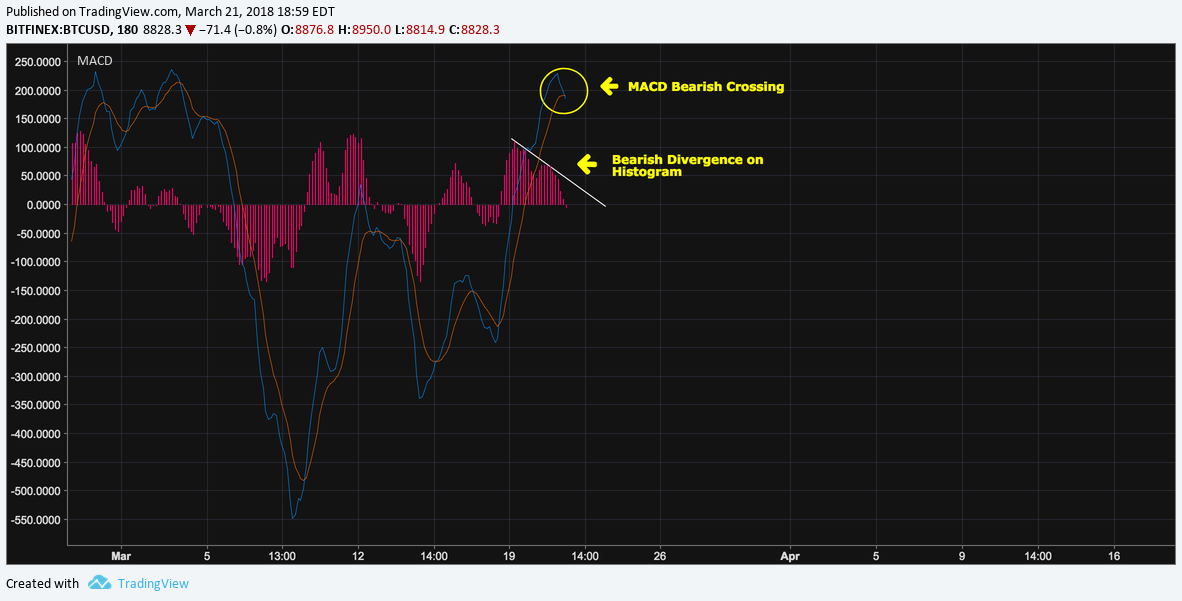 That lines up perfectly with what we think is going to happen, so let's see how the markets react in the coming days!