One Bitcoin Transaction Now Uses as Much Energy as Your House in a Week ... where is Bitcoin heading?

I don't think most of the Bitcoin investors realise how much electricity the Bitcoin network is using to confirm blocks.

In a future where we respect the environment and take great care of our planet, where is heading Bitcoin? Its high consumption of electicity and colossal emission of CO2 doesn't look very good. Will Bitcoin be able to adapt ? 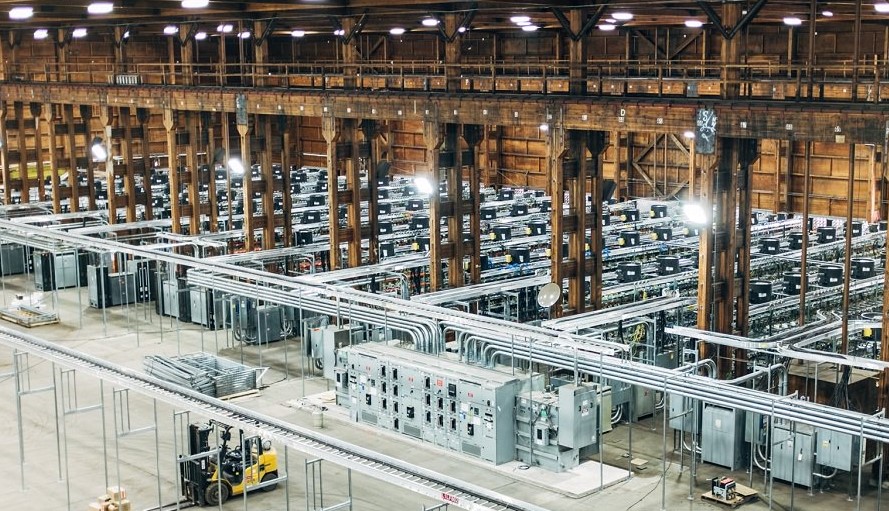 Bitcoin had opened the pandora box in 2009 when Satoshi Nakamoto created the blockchain and built Bitcoin on it.

It's important to understand the blockchain is the technology that allowed the creation of Bitcoin, a simple coin you can send or receive.
The blockchain can do much more but not if you design it the same way it has been built in 2009.

Bitcoin has become very expensive to use, slow and not able to scale. We have seen the turmoil of the last forks. The world needs new blockchain technology that will allow people to interact with each other without middlemen, instantaneously and with no or minimal cost. They need to be able to manage tens of thousands of operations per seconds as the whole world will use them.

That's why we see emerging alternatives to the classic "Proof Of Work".

DPOS (delegated proof of stake) is one example. It's fast (thousands of Tx /sec), economical and scalable. You can find these blockchains behind projects such as BitShares, Steem or Peerplays. Operations are maid within 3 sec, decentralisation is optimal, transactions cost pennies or nothing at all, they can already manage Visa and MasterCard transactions processing levels. With these blockchains, we see emerging the first products ready for the worldwide usage.

This reflexion has been inspired by this article on MotherBoard:

Bitcoin's incredible price run to break over $7,000 this year has sent its overall electricity consumption soaring, as people worldwide bring more energy-hungry computers online to mine the digital currency.
An index from cryptocurrency analyst Alex de Vries, aka Digiconomist, estimates that with prices the way they are now, it would be profitable for Bitcoin miners to burn through over 24 terawatt-hours of electricity annually as they compete to solve increasingly difficult cryptographic puzzles to "mine" more Bitcoins. That's about as much as Nigeria, a country of 186 million people, uses in a year ... (read the full article)

If you have enjoyed the reading. Please, consider voting or resteem these blogs.

Totally agree with you ;)

Great post thank you!! The community can't even agree on Seg2X....we are far from applying proof of stake to bitcoin...sadly!!

I had no idea it requires so much electricity.

BTC started the 'game', it is old, but well known.
In time something new, something with REAL value will appear.

You'll still depend on the organism who keep the gold backing the cryptocurrency. It would be somehow centralised.

I think the value will come from the service provided by the blockchain. Like Steem provide you a blogging platform, rewards and content. Bitshares provide you a banking experience without middlemen.

The big winners will be the ones with good services and good technology. Forget about anything that is not able to bear worldwide usage.

Agreed, the decentralized part is the key IMHO

This is why EOS is going to take the top position soon. DPoS is just smarter than POW. There's no competition in DPoS to be the one to complete the block. There is a schedule that every 3 seconds each block is completed by one of the 21 block producers. The community will stake their coins in the wallet of one of the active block producers if they want to make dividends on their coins. This process can be done by anyone in the community with coins, and people can profit from the blockchain transactions without having to use their electricity to do so! It's a game changer.

I think, naturally DPOS chains will move along naturally with EOS. Same creator, same community, same basic technology. I may be wrong but I see BitShares being the decentralised exchange on EOS and Steem the default social network.

So, Bitcoin started it all and now we are moving to V2 of the blockchain method which can only be a good thing.

As with everything development has to keep pace and one of the things I hear top economists complain about is Bitcoin's is its speed.

The new tech is already here and tested since 2 years. Dan Larimer created Graphene chains with BitShares and you are actually using his 2nd chain right now by posting and voting in Steemit. Just count how many seconds it takes to upvote my comment and you'll have the confirmation block time ... yes, it is the fastest decentralised chain out there !

The underlying factors which make this issue complicated also help to define larger issues which the world must deal with, and quickly! It is challenging to weigh the pros and cons of solutions such as proof of work, when there are downsides buried in the long list of positives, which may negate the positive outcomes in the long run. Clearly the entire rebuilding of the internet in a decentralized fashion will not be done exclusively on Bitcoin's codebase. Proof of stake, proof of computational correctness, stake time, and many hybrid options will be used for the use cases they best fit. Steemit has shown us the way to deliver short term benefits that are just plain superior to the alternatives, while still addressing long term problems of its own codebase, as EOS is built out, and we get a handle on what really works. How much of this energy issue will be solved by selecting different consenys algorithms, and how much by switching miners to run on renewable energy? And is anyone weighing the carbon and ecological footprint of solar versus wind? how about the insane impact of battery technology on the natural world? the key is to go full-stack deep in performing the impact audits. don't just stop at renewables vs. fossil fuel power, lets go all the way down!

We will find, drilling deep enough into the engineering parameters, that more recent battery technologies offer far greater advantages of lower environmental impact and better system cost than prior art- even lithium is decades old now, and proven NOT the best alternative; it is, however, even more widely-deployed than lead-acid nowadays (which still has a monstrously huge usage), and its market will not be noticeably affected for at least another decade or two.

Definitely a point to consider also all the money invested in a technology that is very slow and now more or less centralized.

There is so much to say about Bitcoin "decentralisation" that I prefer not to dig into. I'll write something on it maybe later.
This reflexion is a mere introduction on the Bitcoin problems and a way to share this article from MotherBoard.

What will be the usefulness of a very expensive (its ~$6,000 now) digital money that only a few can afford? How can the average person compete with computer mining farms? What will be option once the central banksters decide they have had enough of cryptocurrencies?

Iota and its tangle technology is the only relevant alternative to this incredibly waste of energy at the moment.

IOTA is not bad but you should have a deep look into graphene technology (the tech behind Steem, BitShares, Peerplays, ...). You may reconsider your opinion.

Great article. Have upvoted you, please upvote me.

Thank you, it's true, it's really important to know how much bitcoin costs electricity! This is a great article :)

BTC is on top now, I'm sure there will be another contender to take on the king. First is not always best.

Congratulations @blocktivity! You have completed some achievement on Steemit and have been rewarded with new badge(s) :

I loved this post, I never really realized or though about the idea behind how much energy it does take to make everything run. I mean wouldn't it still be environmentally friendly if someone had solar panels in their home or location from where they mine? Resteemed and Upvoted Loved this content.

Ultimately, even the alternatively-produced terawatts of power incur some operational cost, even if they're "totally free"- it can be minimized by using the mining gear to hear water or air for space-heating, or otherwise capturing waste ergs, but it's still an actual realtime cost, in every situation. More efficient mining (or entirely different modes of value creation, such as what we're doing here on Steemit) will still represent an energy cost- it behooves us to work to create such value with an eye to efficiently using our finite resources.

Congratulations @blocktivity, this post is the most rewarded post (based on pending payouts) in the last 12 hours written by a Dust account holder (accounts that hold between 0 and 0.01 Mega Vests). The total number of posts by Dust account holders during this period was 5346 and the total pending payments to posts in this category was $551.75. To see the full list of highest paid posts across all accounts categories, click here.

In tern of electricity usage, we need to study how much bank uses electricity. Then use that data to compare with bitcoin because bitcoin is going to replace bank task in future.

Bitcoin will continue to rise because it will remain the king.Why? Because every altcoin is mostly purchased or traded or converted using Bitcoin.Bitcoin is what connects everything in the crypto world mostly so even the electricity issue won't put it behind the other coins.