Welcome to another Cryptovestment Series in which I will talk about the price predictions of Bitcoin come August 1st 2017!

If a soft fork were to occur, I believe that it would be less of an issue to the masses based on my limited research. Based on what I read this has already happened to BTC with the BIP66 soft fork. So how did it affect BTC? Well, it didn't really affect BTC much. Ultimately, if this were to happen I would bet BTC would go down maybe 5-10% and spring right back up to normal trading numbers. I found an article where people were complaining about mining invalid blocks when BIP66 was implemented and it was July 4th 2015. If you look at the coinmarketcap picture you will notice that BTC didn't have any big dips or gains. 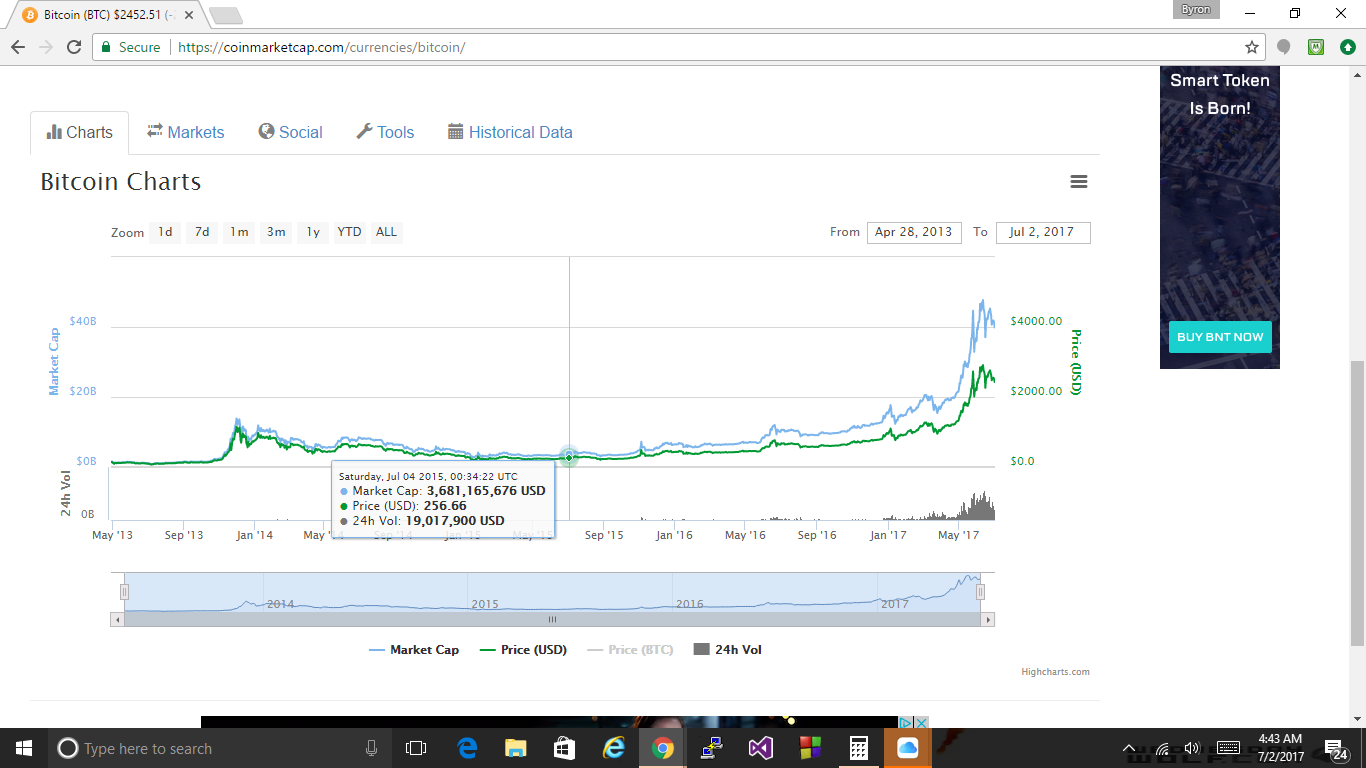 This is what everyone is worried about. A hard fork will most likely result in two different coins. Lets bring Ethereum terms in and call one Bitcoin Classic and the other Bitcoin. Unlike the Ethereum hard fork which I believe happened because of a hack, creating ETC and ETH, the Bitcoin hard fork is not because of any recent crazy hack. Because of this I think both prices will fall drastically because there will no longer be the "go-to" BTC norm; but will also remain slightly even in value. Now this is the kicker. There will only be one BTC winner and the other may die out and go strictly to "0". This is where you need to follow the markets and see which one (BTC classic or BTC) reigns supreme.
My thoughts, based on the Ethereum hark fork, choose BTC. But then again I could be wrong. See the cost of ETH during its hard fork.

Look at ETH... Then look at poor ole' ETC Let me know your thoughts in the comment section below!

Thinking about hard-fork you need to get in the mindset of big companies who are pushing it. Than it becomes clear that they are using it as a tool of extortion. And clearly they don't stand to gain anything from the fork itself, only loss. I don't see hard-fork happening for Bitcoin before 2MB blocks actually become a necessity.

That's valuable indeed, and I would have to agree. I really don't see a hard fork happening. But do you believe with all the new interest in bitcoin that newcomers will skew the market because of the fear of a hard fork? I do...

Done and done.... anddddddd thanks :P