Bitcoin could be the new gold? 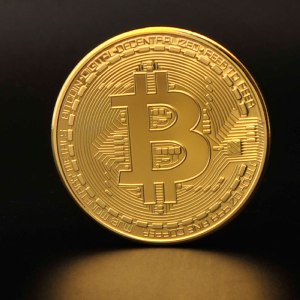 For anyone new to Steemit or the concept of crypto-currencies, here is a brief on Bitcoin.
Bitcoin is a cryptocurrency and a digital payment system invented by an unknown programmer, or a group of programmers, under the name Satoshi Nakamoto. It was released as open-source software in 2009. The system is peer-to-peer, and transactions take place between users directly, without an intermediary. These transactions are verified by network nodes and recorded in a public distributed ledger called the blockchain. Since the system works without a central repository or single administrator, bitcoin is called the first decentralized digital currency. Besides being created as a reward for mining, bitcoin can be exchanged for other currencies, products, and services in legal or black markets. As of February 2015, over 100,000 merchants and vendors accept bitcoin as payment.

Now for the majority, the concern is how long will this 'bubble' last! Anyone clever or lucky enough to have bought $1,000 of bitcoins in July 2010, when the price stood at $0.05, would now have a stash worth approx $46m. Other crypto-currencies have soared, too, giving them a collective market value of about $80bn as of early last month and now the situations are even different. But the real question still stays 'what drove the price up?' Is this just a speculative mania, or does it state that bitcoin is taking on a more crucial and undeniable role as a medium of exchange or a store of value? People familiar with bitcoin investing can also be found dealing with Ethereum and ICOs. Bitcoins certainly seem to bear more than just a 'come and go' thing!
This may seem like a dangerous way to generate innovation, yet many who understand the whole concept and its potential claim that if there is such a thing as a healthy bubble, this is it & it just that the regulators have to be on the watch out!

** compiled from various sources on the internet.