How Does Bitcoin Fare In India

Legal Status Of Bitcoin In India | Does It Really Need Strong Regulations? If we talk about the legal status of Bitcoin, or cryptocurrencies in general, then there are many countries out there who have already legalized the use of Bitcoin for payment and trading purpose. Some of these countries are Canada, Australia, Israel, Japan, Singapore, Belgium and many other European Countries.

India the second most populated nation after China is still deciding over the use and legal status of cryptocurrency within the country itself. India is a developing country and climbing very fast on the ladder of development. India is also adapting to the digital mode of payments very fast as the Indian government is looking forward to make country Cashless India where majority of transactions would be done through digital methods.

Recently India demonetized the higher denomination currency in order to take control over black money reserves and implying legal control over tax evasion. The general population accepted this decision wholeheartedly and started using digital mode of payments. So, we can say that India could really use a digital mode of transaction in near future.

The facts that go in favour of Bitcoin are,that it is digital, very fast and has low transaction fee. Also the popularity of Bitcoin is also rising rapidly in India as more and more people are investing in cryptocurrencies and now a lot of crypto exchanges have opened too, providing Bitcoins at a reasonable amount via fiat currency.

But still, the legal status of Bitcoin in India is not clear. It is neither illegal nor legal. That means people can keep investing in cryptocurrencies until government can come up with some regulations or laws to regulate it's mass adoption by the general public.

Recently, Mr. S P Sharma, chief economist at PHD Chamber Of Commerce & Industry raised his concern over the mass adoption of cryptocurrency and it's legal status in India.

He quoted these words in his statement:

Unless the cryptocurrency is properly and comprehensively regulated and monitored by a robust institution, I don’t see bitcoin becoming a legal currency in India. The Finance Ministry of India recently appointed a committee including the members from taxation department, the reputed staff of Reserve Bank Of India (India's Central Bank) and other finance domain experts to make a framework about the cryptocurrency infrastructure and it's possible future in India. This committee will make a report and submit it back to the Finance Ministry, on the basis of which the legal status of cryptocurrency in India will be decided.

Cryptocurrencies are actually prone to more speculation than a medium of exchange or way of transaction these days. Everyone is trying to use cryptocurrencies for speculation purpose and that's why Indian government are trying to come up with some regulations in order to control this high speculation and make a proper system where use of cryptocurrencies must coincide with proper taxation rules and proper legal status.

Let's see next what India will decide over the cryptocurrency legal status. Will it legalize it or just ban it like China and other countries?

The impact will be crucial for Bitcoin valuation either way.

Reserve Bank Of India is planning for his own cryptocurrency named "Lakshmi" and is in support of Blockchain technology,but it looks like they are not in support of Bitcoin.

India is going to ban it, probably

@adsactly Thank you for this. The article says that Bitcoin is banned in Iceland, but what about Genesis Mining?

Well great work
Even the Prime Minister of India- Narendra modi said that we need to work on cryptos as soon as possible but it was a thought that only around 75% workable- not 100%. Still they are thinking on it.
have a new idea to launch their own crypto and named it Luxmi.
:)
upvoted

Yeah, Luxmi project,if they launch it, will probably be centrliazed by government and will act like Indian Rupee in digital form. The motive of cryptocurrency is decentralization. So, if it's not decentralized then it won't be worth it.

yup
i know that
but the thing is they will never decentralize it. 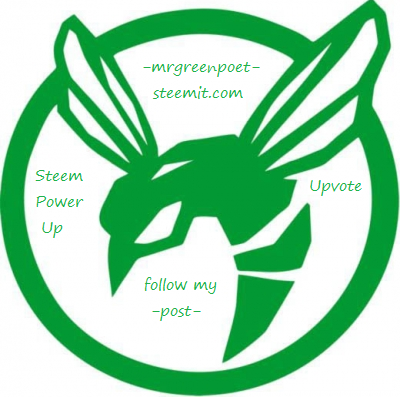 India was already ahead with microcredit, now India will be able to experience micropayment. Perhaps a Crypto-Solution for the future!

Sadly the greatest number of scams for cryptos come out of India n Israel . India has the greatest potential to add value .

I am thinking India is playing a wait game, when they see that the opportunity is better to legalize it, they will do accordingly.

One more thing can be seen that due to the fight for corruption, they feel legalizing it will increase the black money in India.

Yes, of course people will use Bitcoin for speculation purpose and it Bitcoin get legalized in India, then a heavy tax will be imposed on it so that it wont be used as an instrument of money-laundering.

I feel like crypto, especially Bitcoin are here to stay. China has done its ban and repealed it a few times now, if I remember correctly. There definitely will be some kind of regulation for crypto, like with the numerous ICO scams that have happened, we've seen numerous countries ban them. It is still the wild west days and governments don't like that. One of the major problems i see with adoption of Bitcoin in India is the high fees associated with Bitcoin. Bitcoin is slower and more expensive than a lot of these new altcoins out there which raise concerns

bitcoin application that is easy to swap currencies and melted into account.

They are trying to find a way to make it profitable to the government/state. There's too much people in india, they could make it work for them in other to make their own token and make it fluctuate how they want with such a big amount of volume being trade.

Yes, the population is India is huge and no government is willing to give financial control into the hands of common people. So, they're definitely trying to put some regulations so that they can earn more tax benefits.

Congratulations @adsactly, this post is the ninth most rewarded post (based on pending payouts) in the last 12 hours written by a Superhero or Legend account holder (accounts hold greater than 100 Mega Vests). The total number of posts by Superhero and Legend account holders during this period was 18 and the total pending payments to posts in these categories was $1066.72. To see the full list of highest paid posts across all accounts categories, click here.

Most probably it will be legalised so that the government can tax it because people are going to use it regardless of weather it is legal or not.

Yes, government will legalize it but after putting huge taxes so that people would try to invest in cryptocurrenies or if they do, then they would have to pay huge taxes on speculative income.

Thanks for your most informative post. I am one of those who likes to know what is going on in the rest of the world, especially with crypto. Upvoted and resteemed.

If India legalized bitcoin in there country surely price of btc and other altcoins will rocketed toward the moon. Else, another fud and dip.

Although, its very unlikely that government will legalize it soon.

I just hope they just don't ban it entirely because "it aids corruption" or some other vague generalisation. Knee jerk reactions are not going to lead to good policy.

Congratulations @adsactly! You have completed some achievement on Steemit and have been rewarded with new badge(s) :

hopefully it will work in Indian market

I really hope India will not ban Bitcoin coz there are many investors in India.

I dont think india will legalize it because of the corrupt politicians.

In Russia, too, the status bitcoin unclear. Rumor has it that they want to ban it in Russia. It will be sad and unfair. Cryptocurrency is a chance of people to respond to the injustice of the politic, of high inflation. Chance of people to live the life they deserve.

Thanks for the important info @adsactly!
Have a good time! Once Bitcoin or any other crypto currencies becomes legal in India, it will automatically be legalized in Nepal. I wish this happens as early as it can be. Thank you for the post @adsactly

The question of legalizing or non legalizing bitcoins doesn't really matter as crypto's do not belong to a certain country hence no country can lay claim over them.

Beyond just cryptocurrencies, the state of Andhra Pradesh is looking to adopt blockchain for its administration. That's a big push for a state in India.

Lately, we have also seen many more exchanges coming up, trading in altcoins is also increasing. We should expect the government to come up with regulations soon enough, especially since RBI is already looking into its own cryptocurrency but this will take time in India as with anything else