The most compelling story in technology , how is Satoshi Nakamoto the creator of bitcoin. Satoshi nakamoto is the computer program who created crypto currency bitcoin , is the most compelling story in the technology , in 2008 nakamoto started bitcoin with a white paper in 2011, he vanished, just as the project was hitting its stride, his frequent forum posts and e-mails tapering off to silence. (In his last known correspondence, he told a bitcoin developer that he had “moved on to other things.”) The search for Nakamoto has a tinge of irony: it’s an old-school mystery born in an age of Internet-enabled access to all world knowledge, which threatens to make the entire concept of mystery obsolete. An endless series of apparent misidentifications by journalists over the years has only increased the intrigue. When an Australian entrepreneur named Craig Wright came forward last week to confirm claims made by Wired and Gizmodo last year that he is Nakamoto, his name trended for hours on Twitter, while his crisply parted hair and his generically handsome face were on the front page of Web sites around the world.
Then all digital hell broke loose. The bitcoin community is a hive of intensely opinionated geeks, and they began to poke holes at the evidence that Wright provided. Amid the torrent of skepticism—one respected security researcher labelled the whole thing a “scam”—Wright pulled a Nakamoto. He disappeared without delivering on a promise to provide “extraordinary proof” of his identity. He deleted his blog and replaced it with an apology, writing that he didn’t “have the courage” to continue to try to prove his case. 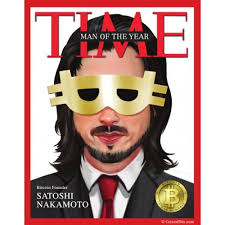 A definitive ruling on the identity of Nakamoto thus waits for another day, but for many it might as well never come. Amid the frenzy that surrounded the Wright saga was a refrain that pops up any time the latest candidate for Nakamoto is rolled out: Why does it matter? “At the end of the day, knowing the identity of Satoshi is about as important as knowing who created HTTP or HTML,” a bitcoin entrepreneur named Jason Weinstein told Slate. “Every day people communicate, socialize, get information, move money, and transact business over the Internet using these protocols without knowing how they work or who created them.” In investigating the background of an inventor, we hope to learn something about innovation that can’t be gleaned from the thing itself. But to the bitcoin faithful the search for Nakamoto can add nothing of value. Bitcoin’s chief innovation is decentralization; its transactions are overseen by a distributed network of computers, which theoretically means that no central authority, such as banks or governments, can control it. The search for Nakamoto, the argument goes, undermines the anti-authoritarian premise of bitcoin. Andreas Antonopoulos, a well-known bitcoin entrepreneur, laid out this argument in a post on Reddit explaining why he declined an offer to meet Wright: Identity and authority are distractions from a system of mathematical proof that does not require trust. This is not a telenovela. Bitcoin is a neutral framework of trust that can bring financial empowerment to billions of people. It works because it doesn't depend on any authority. Not even Satoshi's.
But the idea that Nakamoto’s identity is irrelevant is wishful thinking. Most obviously, Nakamoto’s identity matters because he is estimated to control four hundred and forty-eight million dollars' worth of bitcoin, which, if it were unloaded quickly, could seriously depress the value of the notoriously volatile currency.

The real Nakamoto could have a more fundamental impact as well: as _The _Economist pointed out, this latest saga unfolded during a heated “civil war” that has broken out among bitcoin developers over how to deal with an increase in transaction volume in the bitcoin network. The network processes transactions in batches known as “blocks.” As the number of blocks has increased, the network has become in danger of being overloaded. One side in the dispute wants to change the bitcoin code, increasing the block size to allow the system to process transactions more quickly. The other side sees this as a betrayal of the integrity of the original code, arguing that a change would lead to more centralization in the system (the greatest sin for a bitcoin believer) and consequent problems.
Wright told The Economist that he supports an increase in the block size. So do two bitcoin insiders—the former lead bitcoin developer Gavin Andresen and Jon Matonis, a former director of the Bitcoin Foundation—who publicly announced their support of Wright’s claim. In this context, the fight over Nakamoto looks more like the jostling of courtiers to install a sympathetic heir to the throne than an objective analysis of the cryptographic proof. Suggesting that it doesn’t matter who created bitcoin because no authority controls it obscures the political struggle that is already shaping the technology. If someone could prove that he or she was Nakamoto, that person could wield great influence in the controversies that surround the future of bitcoin.
There is a more abstract reason that one should care about the identity of Nakamoto. Unlike HTML or HTTP, bitcoin was an ideological project from the start. Bitcoin began in the imaginations of a group of geeks known as Cypherpunks. Beginning in the early nineteen-nineties, Cypherpunks promoted an extreme form of libertarianism, in which all forms of commerce—in anything imaginable—existed beyond state control. This would be enabled by advances in cryptographic software that could utterly obscure users’ identities, creating a state that Tim May, one of the founding Cypherpunks, called “crypto-anarchy.” Cypherpunks believed that a decentralized currency was needed to allow their crypto-anarchic utopia to exist, and bitcoin began as a technical implementation of this vision.

It is no surprise that bitcoin has found many backers in Silicon Valley; the founders of today’s billion-dollar tech companies often espouse a milder form of the Cypherpunks’ techno-libertarianism. It is most evident in the Silicon Valley fetish for “disruption,” the buzzword that celebrates technological innovation as an end in itself, with little regard for the costs to existing social relations. This ideology has motivated the development of amazing new technologies in the face of legal and economic hurdles, but it is also at the root of Silicon Valley’s widely criticized arrogance. It leads to missteps like Facebook’s ham-fisted, neocolonial “free basics” disaster, and the blinkered view that many tech elites have toward the lack of diversity in their field. Turning away from the question of Nakamoto’s identity is a way to deny the fact that bitcoin, like all technology, is ultimately, imperfectly, human. The world could use this reminder now more than ever.
By Adrian Chen