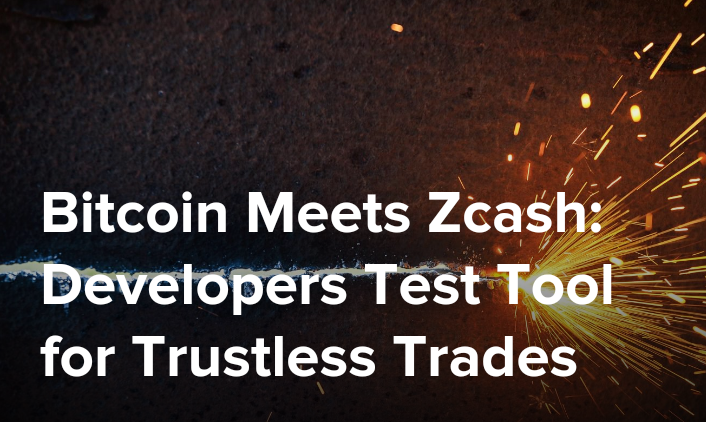 An in-progress blockchain project could one day help users trade bitcoin for zcash without a trusted third party.

Created by zcash developers Jay Graber and Ariel Gabizon, ZBXCAT is a new command-line tool that developers can use to exchange the two cryptocurrencies.

With today's bitcoin exchanges having a history of being vulnerable to hacks (leading to millions of dollars in customer losses), ZBXCAT uses a concept called "atomic swaps" to avoid the need to hold users' funds.

Say Alice has bitcoin and Bob has zcash, and they want to trade the two. Rather than temporarily entrusting their cryptocurrency to a centralized exchange, atomic swaps would let them trade directly across blockchains. To ensure there is no cheating, both users would need to send the cryptocurrencies to each other by a certain time or the trade will fail.
In its current state, ZBXCAT users need to download bitcoin and zcash full nodes (with their full transaction histories), and use the command line to instruct the network to make a trade.

However, with the tool still not finalized, ZBXCAT's developers advise using "test" coins rather than the real thing for the time being.
The project is the latest in a line of similar ideas for experimental exchange-free trading. Charlie Lee, the founder of litecoin, has previously said he is committed to atomic swaps, once the Lightning Network is activated on the cryptocurrency's network. The MimbleWimble project also plans to usher in cross-chain atomic swaps, as well as other features.

"I can't predict how it will be used exactly, I hope it will be integrated in other services in interesting and unexpected ways," Gabizon concluded.

I really appreciate your effort thanks for sharing the information.

Congratulations @abdelone! You have completed some achievement on Steemit and have been rewarded with new badge(s) :