I’m voting for Trump in 2020. Relax, and please listen. Democrats can’t blame Russia, provoke another Cold War, without ANY EVIDENCE (hearsay and NSA’s moderate confidence assessment isn’t evidence) and be rewarded. Tensions with a Cold War nuclear adversary simply because Clinton blamed them without evidence (again, Facebook ads did NOT swing the election, I predicted she’d lose in 2015) is dangerous, far more dangerous than a Trump Tweet. Every Tweet from Trump is viewed with greater scrutiny than Obama destroying Libya. This is a testament to the absurdity of U.S. politics. Bernie Sanders is a noble man, I wish him luck in 2020, but Democrats are suing WikiLeaks, Trump, Russia and soon Santa Claus, the Tooth Fairy, and puppies. Democrats are completely out of their minds, and whereas Bernie might run, Democrats will NEVER allow him to win. They will cheat people out of money and funnel anti-DNC outrage back into the party via Bernie voters who fear Trump. As for Democrats, they are still far more hawkish than Trump; Clinton would have done far worse in Syria. In terms of North Korea, Trump is closer than any president of negotiating some kind of peace deal. Regarding the corrupt FBI and “intelligence” agencies who care more about the election than protecting the country from serious threats, Trump is taking them on and winning. Do as you wish, I don’t judge my friends for their votes, I ask that my friends don’t judge me. If Trump is as insane as you think, he won’t win in 2020 and my views won’t make a difference, right? For the record, Trump will win again in 2020, and only a second loss will ensure that Democrats are finally stripped of their hubris and corruption. If they continue down the same path, I'm voting Cruz 2024. They'll break after enough losses and finally become a viable party. Furthermore, in a lesser evil world, Trump is still by far the lesser evil. If you don’t agree, then cite the latest landmark legislation for immigration reform or renewable energy pushed by Democrats. Better to peacefully and legally dismantle the DNC through voting Trump (along with good things he does that aren’t addressed by media) than go back to a political party that kicks you in the face and turns its voters against one another. Well, just want to inform everyone. Finally came to my decision after DNC decided to sue WikiLeaks. If you think that’s not crazier than anything that’s happened since Bernie was cheated, enjoy the next Dem candidate they cheat to nominate in 2020.

You can watch one of my latest vids, here primarily for the pic on Steemit...

I understand & respect what you posted, Keep up the amazing work H.A.!!

your bravery and rebellious stance against the criminal behavior on the establishments side (left or right) is commendable. with all of trumps faults and the almost unbearable wait we've had to endure for the promised "draining of the swamp", i would still vote the same in a heartbeat.

i refuse to accept this Machiavellian, Orwellian twilight zone world where depending on what side you are on, there are no rules and consistency; a warped reality where there are no laws, no ethics and no morals.. and even if both sides wanted to play that way- what kind of an effed up existence would that be?

I've been waiting for the sane and rational voices start making some noise. 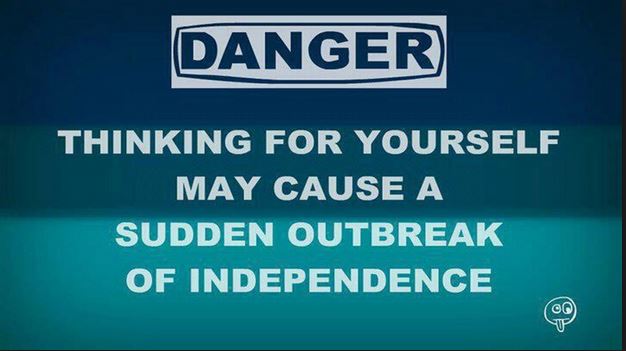 just a question H A should not the people sending her emails on her atnt.net also be jailed?

great to catch you on steemit!

You made the patriotic decision good on your H A.

I am cool with different political opinions and all; but you still use Facebook?

I can respect that H.A. Keep up your excellent work!

That is if you want war and want to be sure it is not just for selling American weapons.

I understand, and frankly I hope Bernie runs as an Independent. How can we allow our constitution to be continually ripped to pieces and our highest office to be held by a man who doesn't believe in and goes against 90% of what I believe? I wouldn't want him impeached - we don't need a Pres Pence. I just wonder how much more heavy handed ruling by the Elite we can stand?