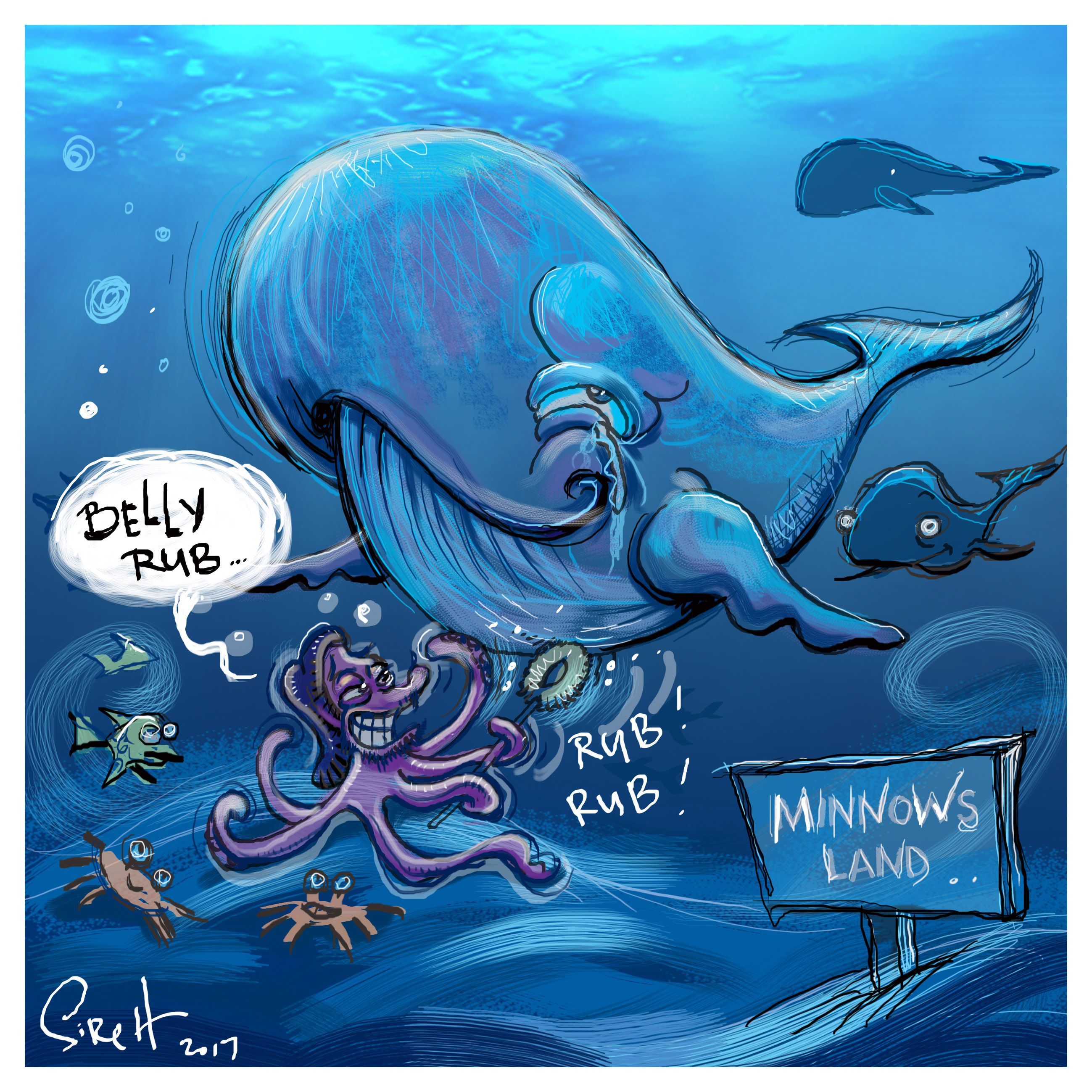 What is a Vote Bidding Bot?

A Vote Bidding Bot enables you to place a Bid on a partial Upvote of it´s full strength. To always guarantee a 100% Vote being split among all Bidders it will only vote once every 2.4 hours. So let´s say your Bid equals 5% of the all Bids within the same 2.4 hour window, then you´ll receive a 5% Upvote respectively.

Due to the way Vote Bidding Bots work you´ll most probably never get a second Upvote of exactly the same strength. The Vote Value you´ll receive fully depends on the total Bids submitted and the height of your Bid respectively.

In order to make this all a little easier, let´s have a look at an example for @Bellyrub.

Like mentioned above it all starts with the Vote Bidding, which is always open for about 2.4 hours. In our example there are three Steemians submitting a Vote on their Post. Alex transfers 5 SBD, Max throws in 3 SBD and Julia another 2 SBD. The whole Pot of this Voting Round therefore adds up to a total of 10SBD. As soon as @Bellyrub reaches 100% Voting Power, the Bidding for this Round will be closed and the votes for all Participants will be calculated, which is illustrated in detail below.

Basically @Bellyrub only splits its $150 Upvote among all Bidders according to the height of their submitted vote respectively. So in our Example Alex got a Bid of 5 SBD, which equals 50% of the whole Bid Pot and therefore he´s entitled to receive a 50% Vote on his Post, which was mentioned in the Memo of his transfer to @Bellyrub. 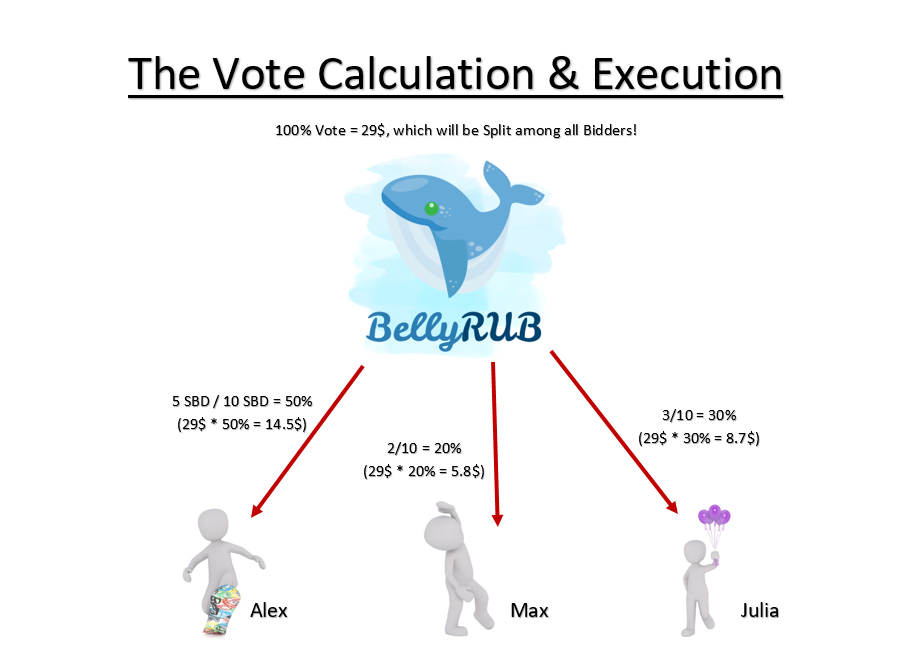 I hope that I could help you to make the concept of @Bellyrub a little easier to understand, so that no one will be disappointed in the end about his or her vote not being as high as $150. For maximum returns, you may always check on the transfers to @Bellyrub, as this will give you an idea on how many people are participating in the current Vote Bidding round. The less there are, the higher your Vote will be ;)

Please do not send in any steem for bids, @bellyrub only takes SBD
The Min bid is 1 SBD if you send less you will not get a vote but a refund.
Vote @zeartul as witness
4 years ago in #bellyrub by bellyrub (60)
$0.00
62 votes
Reply 11

Hy @bellyrub, I am interested in your writing this share, but i do not have sbd to send to you, later after i have sbd i will try to ask your help to upvote my post. Thanks for sharing posts

oh dang! I just made a bid of 9$ and I forgot about the six days rule can I get a courtesy vote @bellyrub :) xD

Hello, greetings from Colombia, I'm following you and giving like, I would like to see me and support me, thank you

But I wonder Bot Tracker doesn't list you as a bidding bot anymore. It says that we can send in only 1 SBD to you. Is that true?

@Bellyrub is a bidding bot. We do not run The Bot Tracker.

Very interesting - I’m learning a lot about Steemit right now, and exploring bots, trails, and other methods of promotion that people can use to help them succeed. I’ve bookmarked this post so I can learn about @bellyrub more completely

I think you did a fantastic job on your Steemit world.
The article was interesting & engaging
I'll certainly look forward to reading further articles in your series