O'zapft is - The Oktoberfest has started!

The above is the typical kick-off for Oktoberfest

Since today, Saturday, September 16, 2017, 12 o'clock the 184th Oktoberfest is open, the current mayor Reiter was tapping the first barrel of beer in the Schottenhammel tent - my wife in the middle of it right now, she was honoured to join the mayor's box - don't ask me why.

So - back to Munich, back to the "Wiesn" (this is how the Munich citizens or Germans call the Oktoberfest). The start of this crazy event (the biggest global event of its kind with 7 million visitors from around the world I think) has its own traditions and rules. Hitting the hammer onto the first barrel of Beer the mayor is forced to hand over the first Wiesn Mass (1 ltr. glass of Beer) to the existing Bavarian prime-minister Horst Seehofer. Reiter tool two swings to drive the tap into the barrel this year, not that bad! Then he had to speak out loud into the microphone “O’zapft is!” (= “It is tapped!”) and wished everyone a peaceful Oktoberfest as every year.

Following this the sales of beer was officially started. People could join the tents at 9am already but only at 12.01 the first beer is served. Coming back to wifey - here is how she looked when she started her travel to the event (I will report back visuals how she looked after returning home - not yet!). 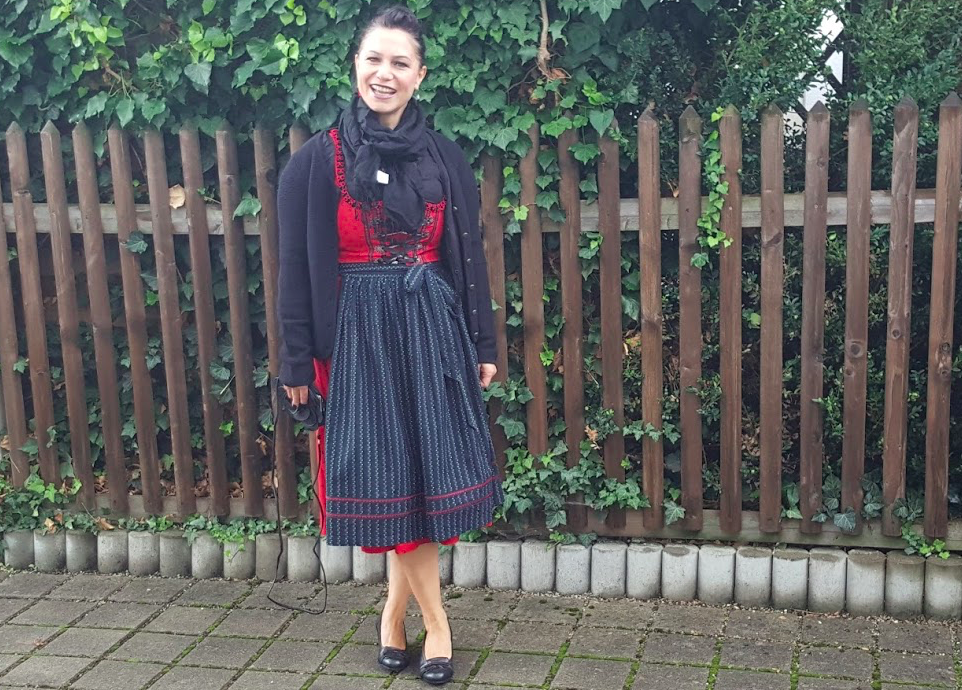 Some facts of Oktoberfest 2017

So I will not bother you with the history and background of this - that it started back in 1810 and was basically a party to celebrate the wedding of Therese (that is the reason the Wiesn area is called "Theresienwiese"). It was the later King Ludwig I that married Princess Therese of Saxe-Hildburghausen on 12 October 1810. The citizens of Munich were invited to attend the festivities held on the fields in front of the city gates to celebrate the royal event. So that is the historical background.

This year's event will end on October 3 so several days to hit the record beer sell again. Some facts if you want to come over and drink with us. To enter a tent you do NOT need to pay entrance fee, however it is recommended you have a place secured (reserviert) before - otherwise it could be a mess, huge fights at the door to enter, especially if you are not a nice looking lady.

It is reported that especially non-alcoholic drinks get more expensive this year, however - not my business usually when I am there. But the good news: The 11€-line hasn’t been crossed this year for one 1 ltr of Beer. So the Mass will cost you something between 10.60€ and 10.95€ this year which is only an average increase of 2.55% compared to last year’s beer.

Well - usually folks and visitors there in the tents are dancing a lot, often to traditional Bavarian Tunes and whatever they play there - you see live performances (if you see anything anymore after Beer No. 4) of known artists too. After some minutes people jump on the beer benches and simply dance and do other silly stuff. Below my girls from work (2 years ago).

A typical Gassenhauer (Song of the Wiesn) is this (Source: YouTube) still - you have to be pissed to like and dance, but it works (the video shows a typical tent atmosphere).

But be aware what alcohol can do to you - try to control it, otherwise stuff like this can happen:

Well i think I did not match the rules by shoeing three pics of beer, however I tag it and hope i get accepted. At least I am writing about Beer on a Saturday lol. So Dance and Beer in Munich required to listen and act to the most famous ever Wiesn Song - Ein Prosit der Gemütlichkeit (Source: YouTube Muenchen.de):

Now - decide for yourself if you wanna come and join me - showing you how I look before I have enjoyed too much alcohol. 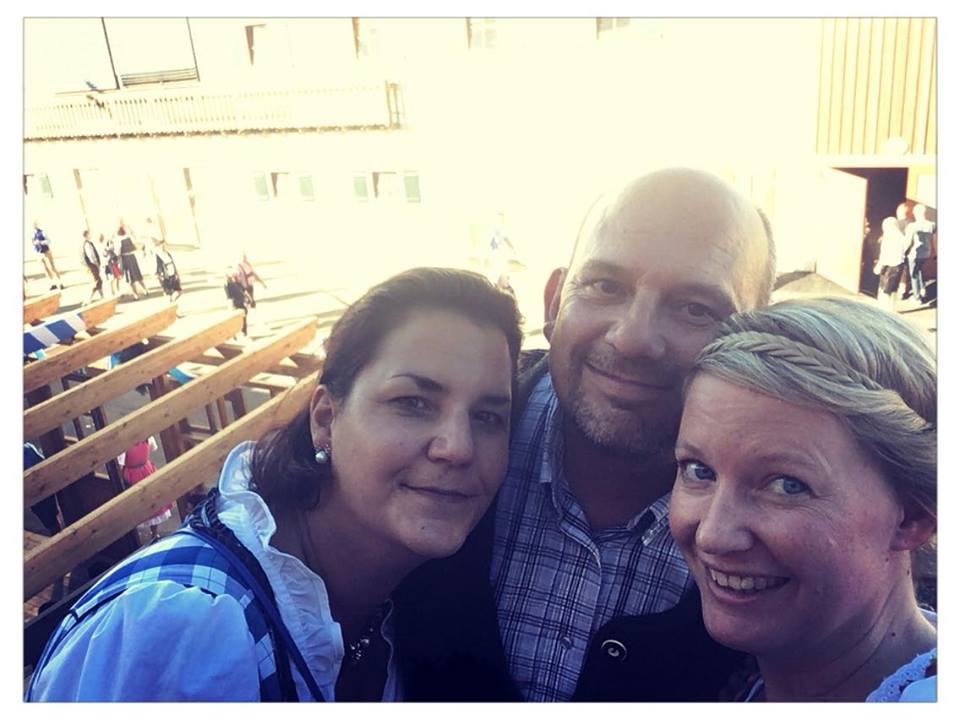 Always good to get a before pic in. Looks awesome! Top notch! I am drinking a munich style beer right now to celebrate with ya!

Cheers to another year of Oktoberfest and the drunkiness that it entails. I have many great stories from my oktoberfest years, can't wait to celebrate a few more. Have a pint or two for me

Thanks, sounds interesting, share some stories with us please :-) Having some pints for you :-)

It's the season of beer I guess

That is correct - however we have season throughout the year :-)

I love Oktoberfest - my wife used to live in Munich - but we can't go this year unfortunately.

Danke - next year, hit me then - all in hope next year we still have our steemit :-)

For sure will do that! And hopefully Steemit will be paying!!

sure they will - lol

I was there last year for the very first time! What a great cultural event and I love the women's dresses!

Glad to hear - what about this year? Still 11 days to go @kus-knee

I am so envious!

Oktoberfest... sure does bring back memories.. I was there in 1990 when I was stationed at Vilseck... a bunch of us hopped on the train... Munchen bound... so much fun was had... many many many beers were drank... important note to travelers.. book a hotel.. we ended up sleeping on the floor at the train station.. when people were boarding their train we would all tell them.. "a peter stain" instead of Auf wiedersehen... no idea how much a beer cost back then... whatever it was it was worth it

Great one, a typical Wiesn story my friend. We did similar things when young and before I lived in Munich.

Be careful with room bookings, it is sooooo expensive and you should book some months in advance, ideally one year before

This is an awesome post. I always wondered how many liters of beer is drunk during October fest? lol

Thanks for the picture of before the drinking, but I am sure we would like to see the one after also. lol

Enjoy your time my friend and try not to spend all your Steemit money on beer. lol

Great! Many of my friends were at the oktoberfest during the years and all of them said me it's really funny!!! Cheers!!! :D

It can be funny yes!!! Well it is like a youth camp or Spring Break lol

I have very good memories of Oktoberfest 1994, I went to Munich as part of a European coach tour and when I reached London got a job with the Top Deck coach company back in Munich at the Canping Thalkirchen to set up the tents and be a camp Waller for the3 weeks. They took hundreds of people down on coaches from London to Munich for 2-3 nights of fun, beer and more beer.

That sounds fun! My first Oktoberfest was in 1991 - before i lived here, was the most funny one.

A very happy bunch! Loving the gifs! I wish I could come but with steemfest that close, I think I'll pass...

Cheers bro - it will happen also next year! Day 1 now so i will reports probably further about the developments around beer here

I have taken more out of alcohol than alcohol has taken out of me.

Haha, looks awesome! I expect a post with pics after a few swings of beer.

Super publication, friend))) I love beer festivals))) In Transcarpathia, too, is now a beer festival)) This is cool)))

Oh.. so it's true. I heard someone told me it starts in September

Your source is right, most of the Oktoberfest days are in September every year

Looks like fun! 😄🍻🍺 You must be sleeping off the beer now... lol. Do you know Oktoberfest is also celebrated here? Yup, in Kuala Lumpur, Malaysia! Would love to see more pics over the month (one month, I think?) Cheers!!

Ohhh yaa, I enjoyed all the pics and especially the videos!!

You are welcome my friend

it is really funny. But I don't drink beer.

Thanks - no worries, many people I know do not drink it

Looks like you are enjoying your beer haha! :D
Have fun on the Oktoberfest :-)

I have been to the London Oktoberfest twice, but would love to do it properly and go to Germany one year.

Yeah nothing beats the Original - where in London does yours take place usually? Habe to check that out too.

There is actually a few sites for the festival in London, but I go to the one at Billingsgate Market.

Nice one - i am in London again October, if they still are then I might visit one.

This is known to be fun @uwelang we missed it when we went over by a couple of days and so sorry we did.

Thanks @joanstewart - mainly fun for sure. When have you been here? Next time let me know I would love to join you mate..
But sadly im at the other side of the world..😂😂...have fun mate..
#unmentionables

wow that is cool amazing pics and yeah Cheers :)

I'll drink to that!
I found you on steemit goup on Facebook. Upvoted you.

That fest is quite entertaining and amazing. I really love that. 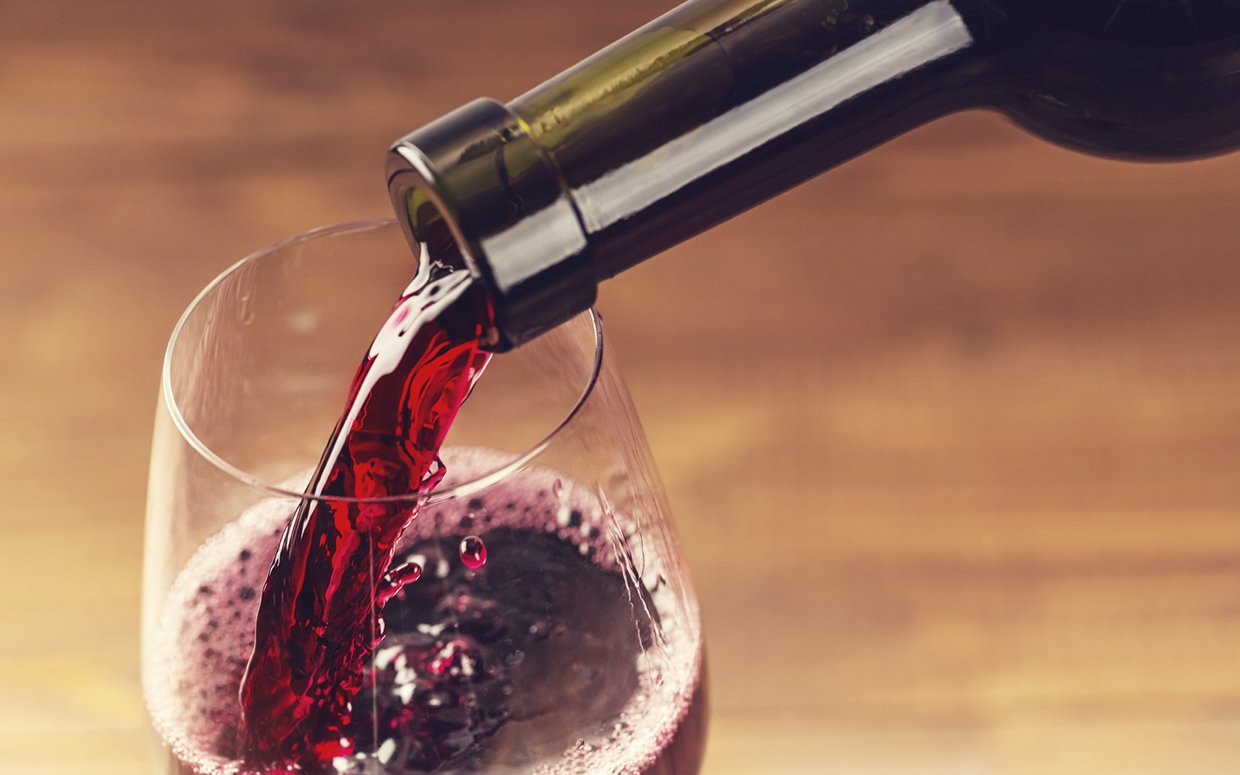 Always Be Happy and keep it up..

Hi @uwelang, I just stopped back to let you know your post was one of my favourite reads and I included it in my Steemit Ramble. You can read what I wrote about your post here.

Thanks again, will check the Ramble Room too