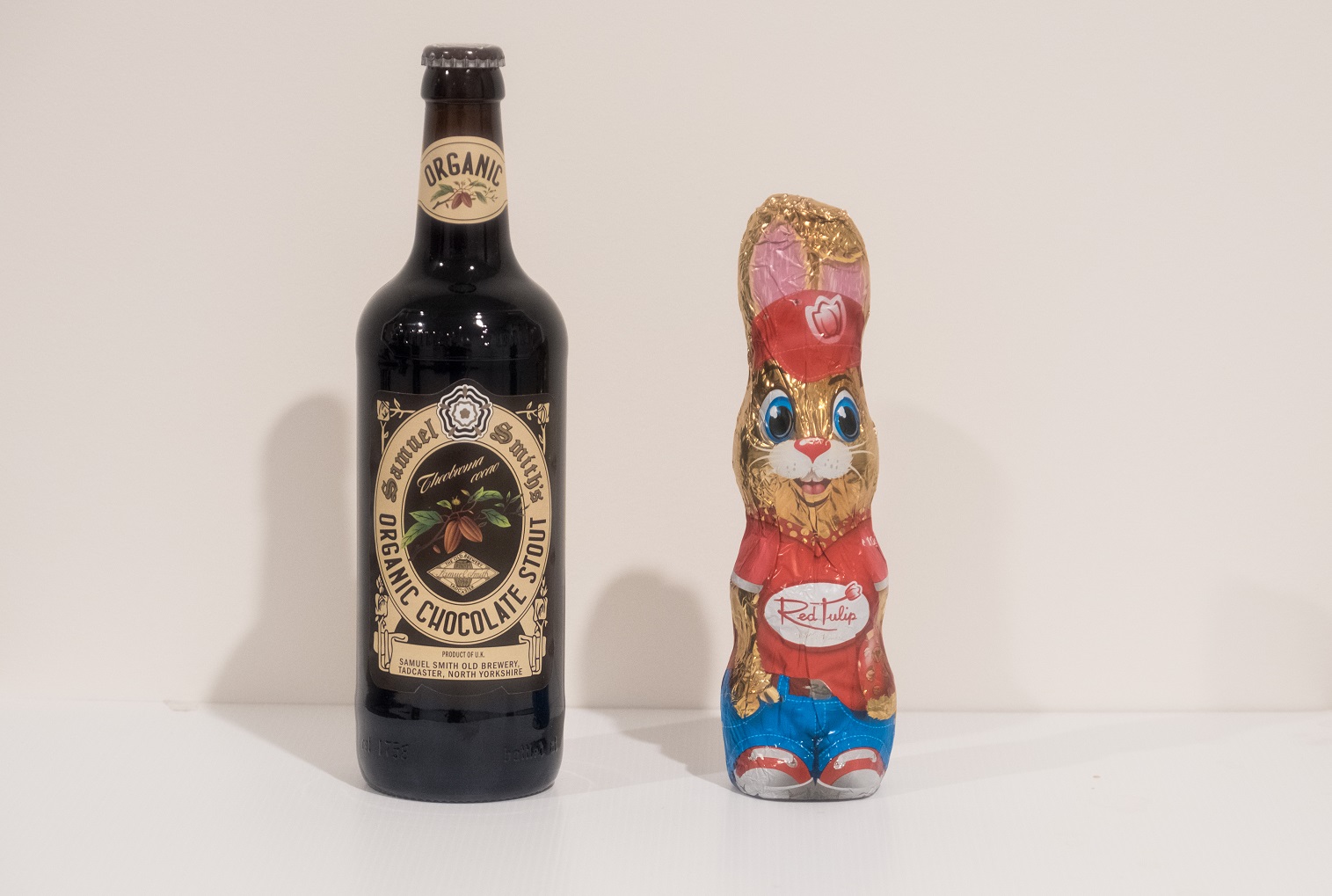 I've never been a huge Easter Fan, we never really celebrated it growing up, so I never had the Easter Egg thing indoctrinated, so whilst Easter might mean chocolate eggs to many people to me, who came to the holiday as an Adult it means Hot Cross Buns and Chocolate stouts. Sometimes together, sometimes not.

There are some great chocolate stouts out there, and one of the best is Samuel Smith's Organic Chocolate Stout it one of the few that is sweet enough to hold its own with actual chocolate.

That's right I decided to cut the ears of the bunny and pour beer in it, and then drink it from the chocolate cup to see what happens. The beer itself it nice and dark, has a very smooth mouthful, which gets even better when you drink it from the rabbit, like salt on the rim of the glass on the cocktail, you get a little bit of melted Chocolate caused by the heat of your lips on the Bunny ear (there is a sentence you don't hear much in a beer review) 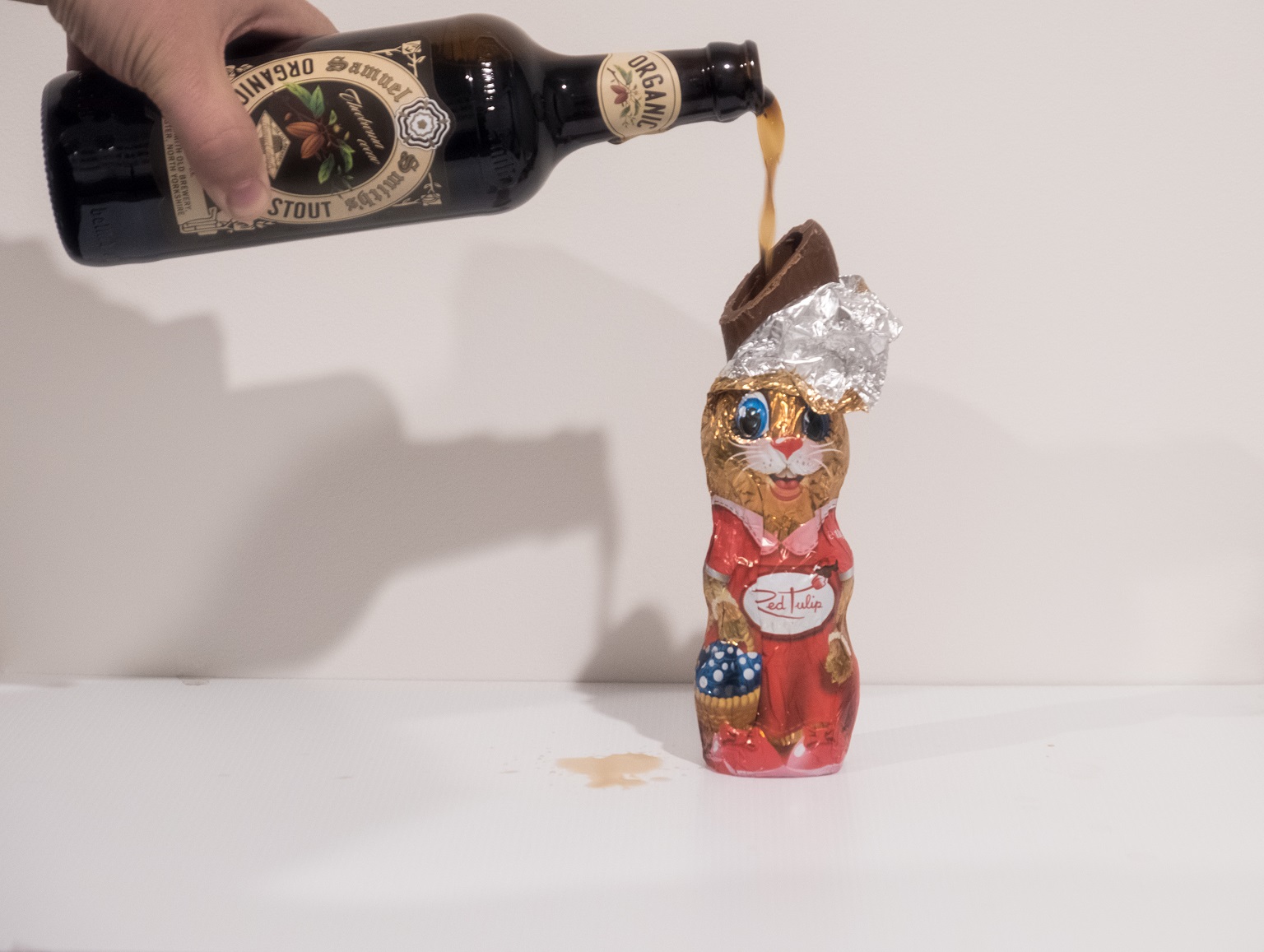 The flavour of the beer alone is a touch sweet, and soft, the character is all from the grains, no hop characters to speak of in this one. It tastes is like a light chocolate cake rather than chocolate itself, not gimmicky, rather quite mature. So as an Easter treat get yourself some chocolate stout, a rabbit and have grown up Easter.

Oh and check out #beersaturday by @Detlev and vote on my comment on the main post to help me win.

it´s sound delicius. i would like to try it.

Hey bro i like beer but i havent tried this before.

I am presently running a beer drinking contest. Kindly check my blog for it