This is my share for #BeautifulSunday initiated by @ace108

From Bee
Bees harvest nectar from flowers, which they process into simple sugar stored inside the honeycomb. The design of the honeycomb and constant movement of the bees' wings creates vapor, makes honey. The color of honey and its flavor depends on the nectar collected by bees. For example, the nectar from orange blossom might make light color honey. Dark colored honey may come from the nectar of avocado or wildflowers.

To Hive
An average hive will produce about 65 pounds each year. The beekeepers harvest honey by gathering the honeycomb and scraping it off the frame. The honeycombs are placed in an extractor and forces out the honey out of it.

To Home
This is then bottled and brought to our home. 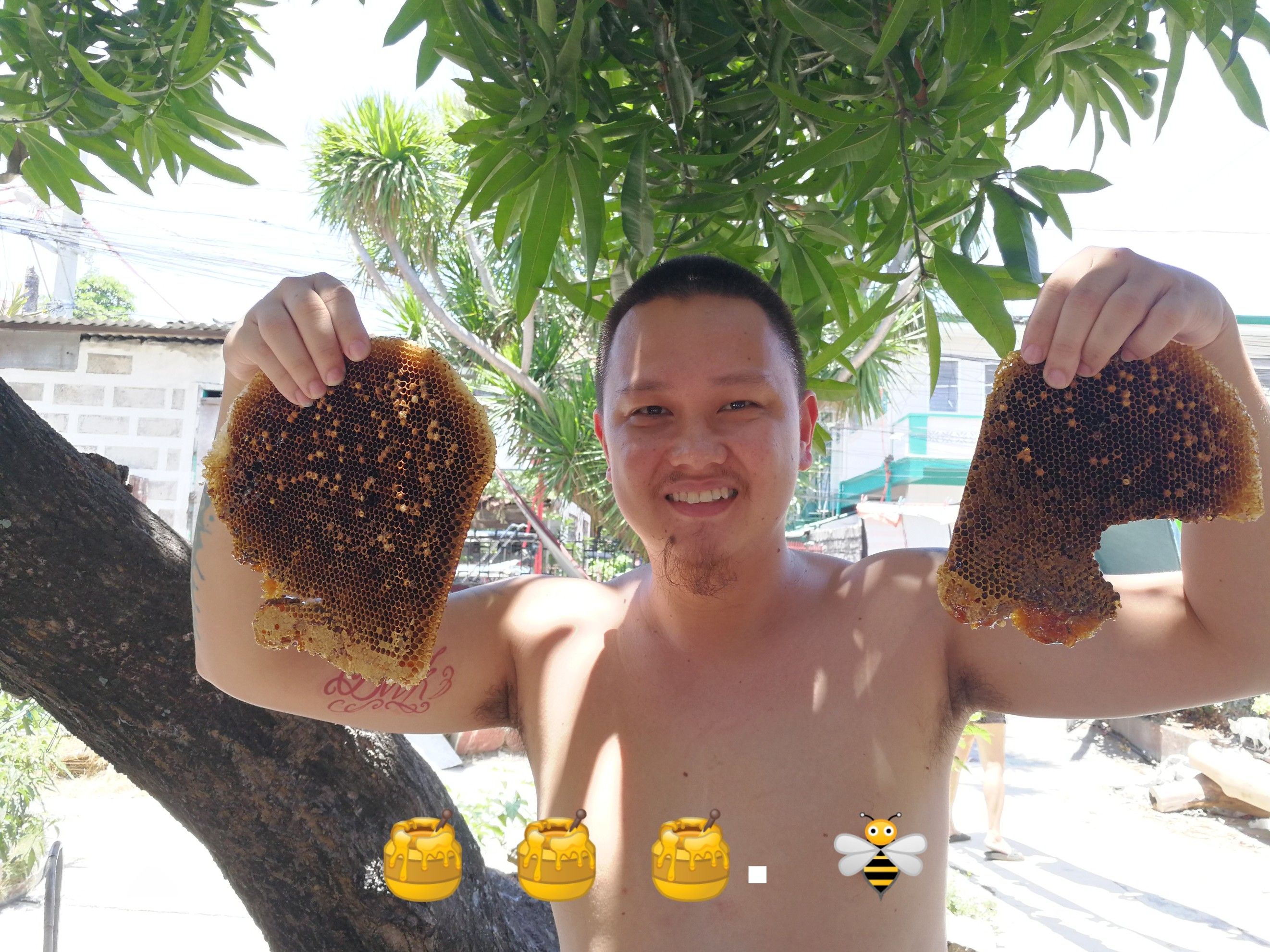 Yes. I am holding honeycombs. These were taken from the ceiling of my uncle's house. My cousin initiated smoking the bees out couple of days ago. But they only scraped the honeycombs out today. At first, my cousin and his friend was scared as there are a few bees left in the nest. But the bees suddenly went out. Now, the time to take these honeycombs off. They felt weird at first. The texture of it and the sticky feel. They kept laughing at the initial touch of the honeycomb. I handed them a pair of tongs. It helped. I also handed them pairs of plastic gloves. Then the rhythm went smooth. They kept getting more and more. 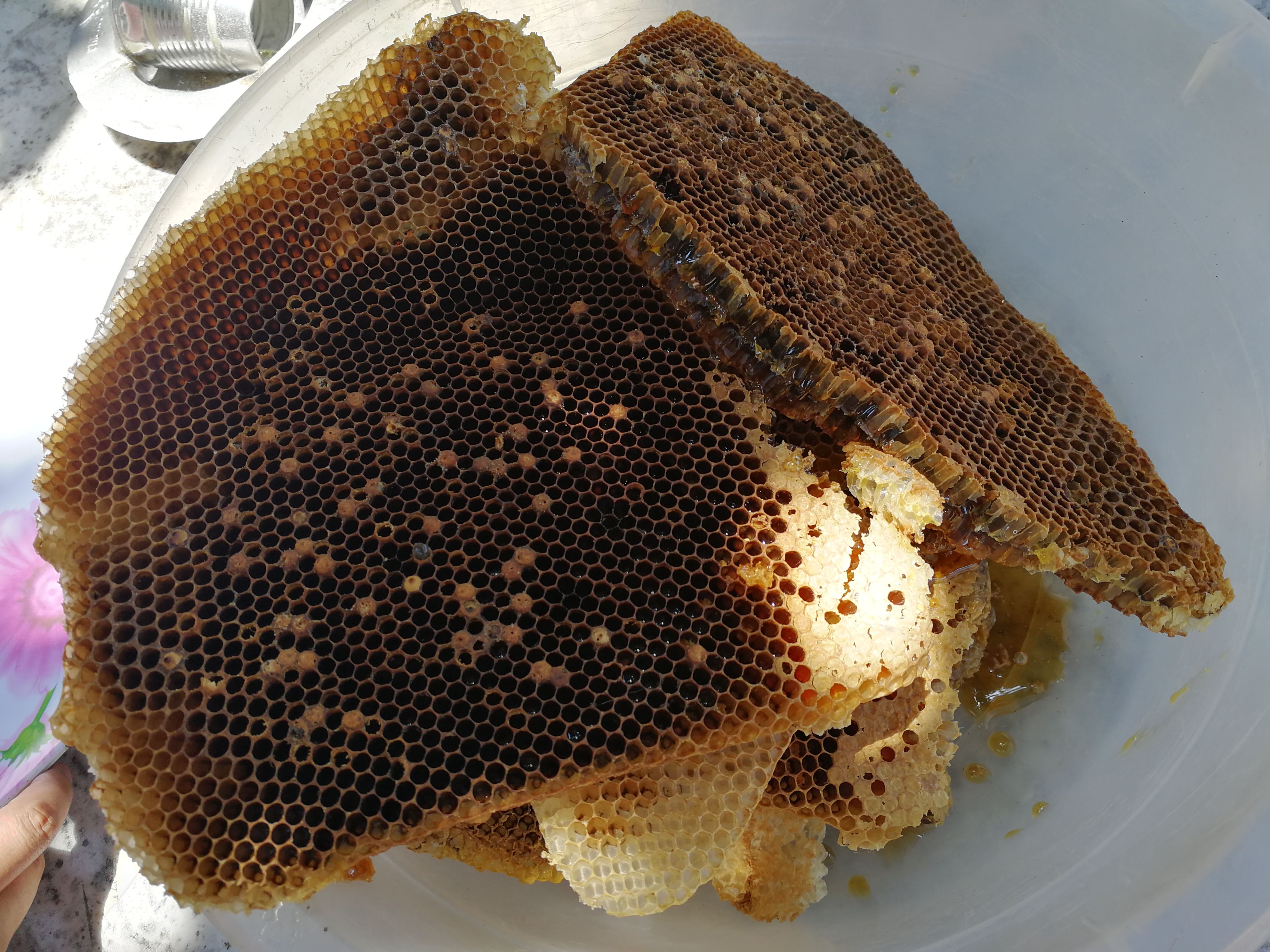 We found it weird that the honeycombs has different colors. Some are dry and some are wet. We decided to watch a Youtube video of people harvesting honey from the forest. We found out that the honey should be harvested as soon as you smoke the bees out.

What I think happened is that while the bees are leaving out house, they also harvested the honey and transfer it to their new nest. Or, the honeycomb dried out since there are no bees that puts in nectar to the honeycomb anymore.

This one is dry. But not dry to the point that is it already brittle. It still folds out perfectly but there are no honey to harvest. 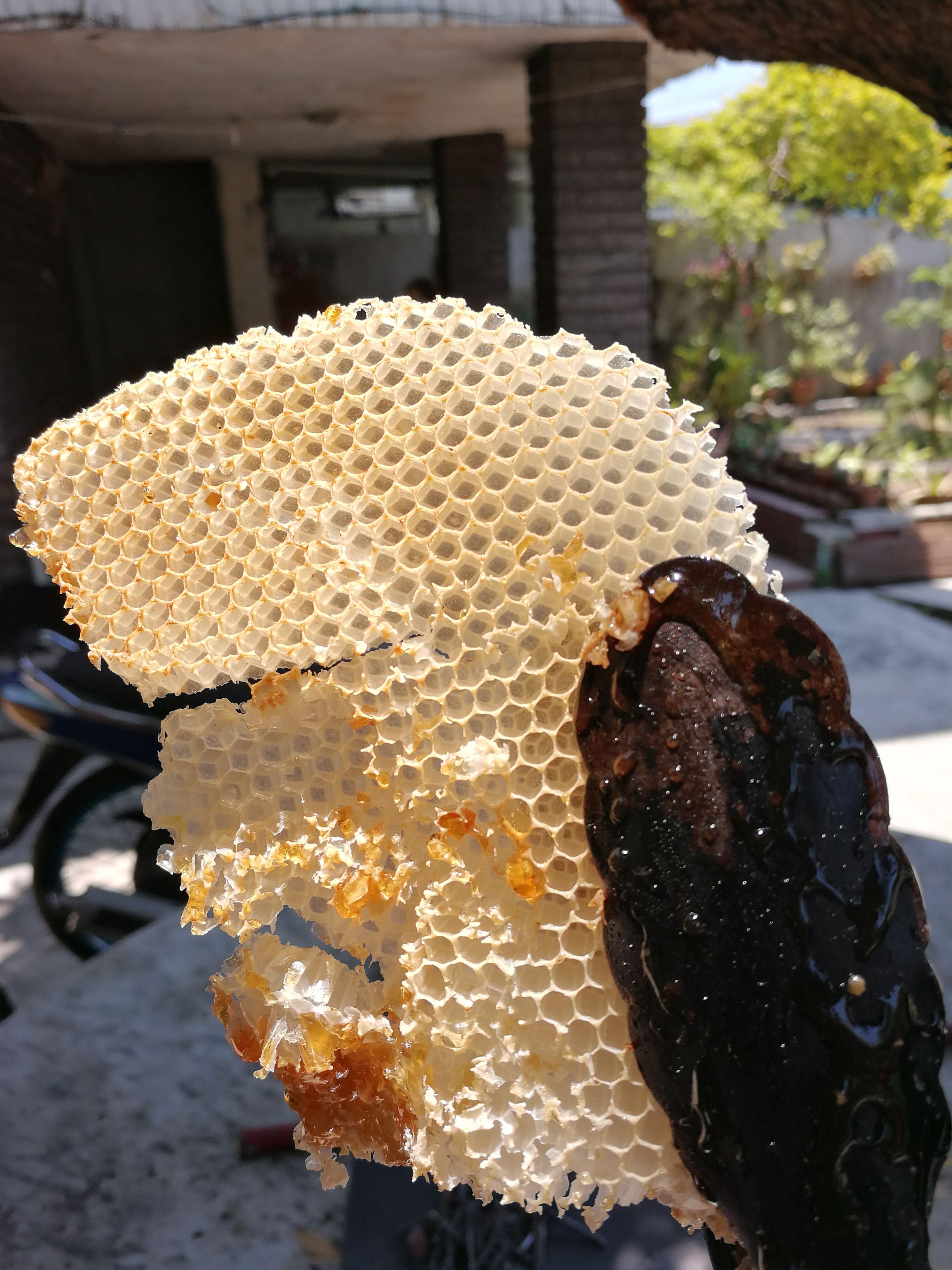 This one may not be perfect but there are lots of honey in it. I actually tried and tasted the honey, it taste like smoke. haha I hope we took these honeycombs out sooner so we can have more honey for us. 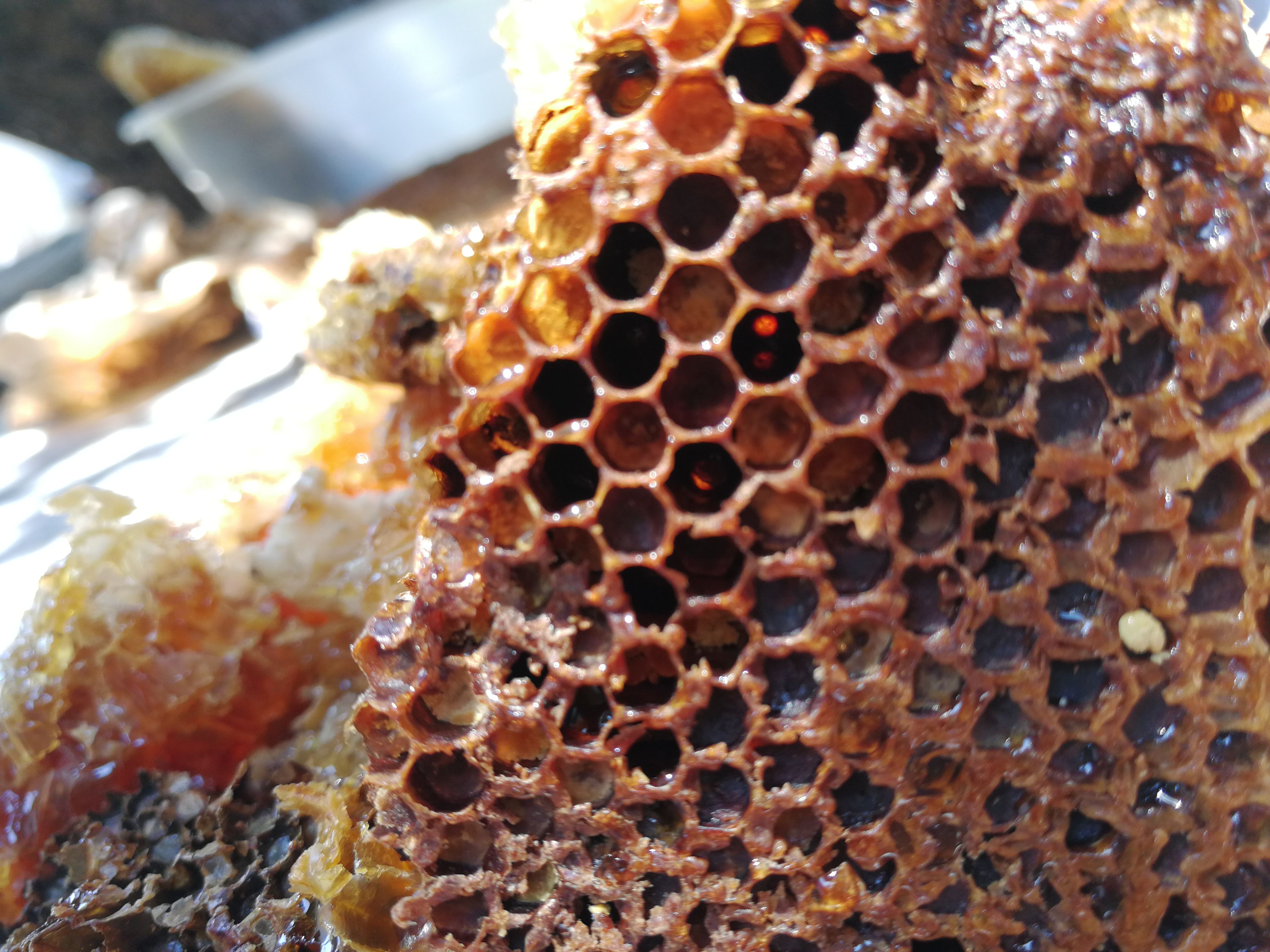 Some of the benefits of honey are:

What comes in your mind when you hear or read HONEY???
Me>>>> Thank you for reading guys. I hope you like it.

Booyah! Leave some for me hahaha

I hope we were able to harvest it sooner... 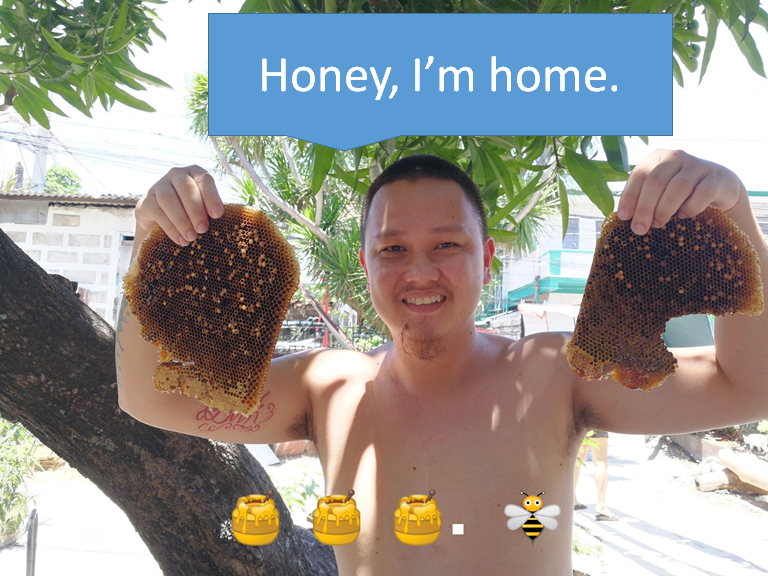