Why are people still mining bcash?

I was wondering why people are still mining bcash, even when it is less profitable according to http://fork.lol/

Currently, some 15% of mining power is working on bcash : http://fork.lol/pow/hashrate

Granted, it is a bit more profitable right now, but even when it's not, people keep mining it. One thing we (or at least, I) may have overlooked is Asicboost, which doesn't work anymore since Segwit was activated, but for all I know, it still work on bcash, so the profitability calculated by fork.lol may actually be wrong. Miners using Asicboost on bcash may indeed be earning more than if they would be mining Bitcoin. 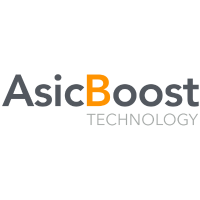 I must confess, there was a flaw in my train of thought. If it's only one miner mining bcash, the profitability we see on fork.lol is basically his profitability. He can only have an advantage if there are a bunch of other miners on the same chain that do not use asicboost.

Today, according to http://fork.lol/ , it is 1.78x more profitable to mine BTC, and still more than 10% of the hashing power is working on BCH. I just can't believe anybody would be throwing away that much money, just because they believe BCH is a better system.