davevandewalle (50)in #baseball • 3 years ago 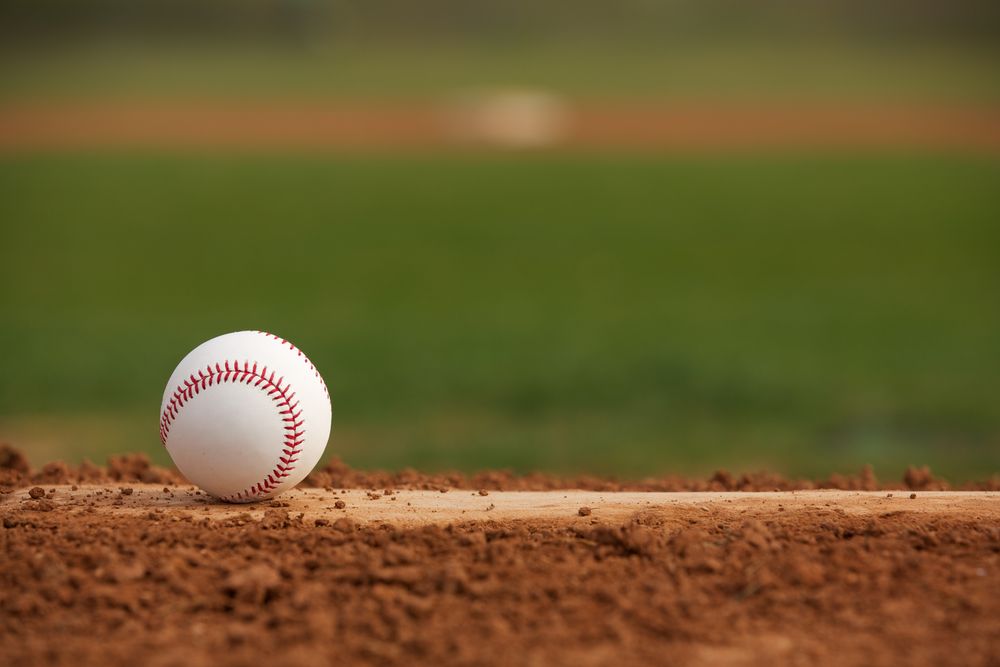 One of my memories - I won’t say “fondest,” because it was certainly weird - was of an Opening Day in the late 90s. I worked downtown (Chicago) for a financial services concern and our offices were very near to a train station. Sneaking out of the office for the first pitch seemed easy enough to do - since it was the Cubs (who existed in that twilight between “no lights” and where they are now, with countless night games, it seems) the first pitch was likely to be at 1:20. There was a bar in the train station and if we timed things well we could grab a bite, belly up to the bar, watch at least the first inning, then return to our data-driven days.

By the time 1:20 had arrived, the first pitch thrown, swung at, and missed, the red-white-and-blue bunting either twisting in the wind or looking ready to be frozen into place, we had nothing.

Well, not nothing, but what appeared to be a NBA program of some such - late 90s TV didn’t have channels for everything yet.

It might have been 1:25 or 1:26 when the game was finally switched to - maybe a runner on, maybe not, still top of the first - and there we were. The burgers we had ordered were consumed, but we missed the first pitch. And the next twenty pitches. Or more.

Only in Chicago, a good friend would tell me, could something like this have happened. That friend grew up in Philly (the suburbs, actually; “in Philly” has a completely different meaning) and was educated with me at Syracuse and, well, had a New Yorker’s bluntness. That bluntness meant he was really biding time in the 90s in Chicago and was destined for Manhattan, where he would move in the late 90s and stay.

This friend offered that Midwesterners are too nice AND too passive AND will let things slide that aren’t a big deal, because they aren’t a big deal. Which is why we went in and asked if they were going to put the game on and they said yes in a few minutes and we ordered our food; a New Yorker wouldn’t settle for that garbage and would want to see the game and would have left already.

If we assume that this particular incident was 1998, then that’s a pretty good year to pinpoint. Opening Day was indeed different for the Cubs that year - and as you figure out who was in the lineup besides Sammy Sosa (and you do so without the use of Baseball Reference) - you might come up with names like Grace, Blauser (?), was Kevin Orie at third? Opening Day faded into memory - as they all do, unless you’re Arthur Rhodes and you hit three homers one opening day, maybe 93?, which sportscasters would obviously have joked put him on pace for 486 homers that season - and what lingered afterwards was a mashup of Sosa chasing McGwire, a playoff chase, a 163rd game to make the playoffs, and the Damn Yankees, who weren’t just dominating people, they were seemingly winning every game by a score of 10-2 or 11-3.

Flash forward through the 2000s: another year with another slogan and another manager with playoff aspirations. We lost count, collectively, since 03 kinda killed us all for at least a decade. We know there was Riggleman, then Dusty Baker, then Lou Piniella; somewhere in there was a playoff appearance that included the 2007 squad, whose claim to fame was that they were swept by the team (the Diamondbacks) that was swept by the team (the Rockies) that was swept in the World Series.

Those Opening Days in the 2000s were pretty nondescript, and into the 2010s similarly so. They fade into memory, there’s nothing much special about them.

But 2016 was different as Opening Days go. Locals had to chase TV listings to find the channel and time - on the West Coast? What? The Angels? They call them the Los Angeles Angels of Anaheim? Why not just Anaheim? Or California - that’s what I grew up with. The game was on Channel 7 - we did not grow up with this network affiliate having a game on thing, they were always on 9; then they were on whatever SportsChannel turned into or called itself.

We watched Opening Day with minor heart palpitations in 16 because it was going to be different this year. We just knew it.

And it was, as the story goes. Quite different.

2017’s Opening Day, then, was uncharted territory. Months of walking by mementos of the World Series win had me shaking my head. Did it happen? (Yes.) Was I really at Game 5? (Yes.) Once again, did it happen?

Opening Day 2017 was further proof that it did happen. There was a banner as proof - actually several banners. There were jerseys rimmed with gold. There was a game - same opponent as the League Championship Series the year before.

Pomp and circumstance. “Seashells and balloons” was what Al McGuire called his Marquette team’s 1977 NCAA Championship - probably a more apt description. The pomp and circumstance crowd likes its ceremonies; the seashells and balloons crowd sees a giddy Anthony Rizzo leading the squad from the infield to the outfield and back again, the celebratory brunch underway after the beautiful wedding and the reception that nobody wanted to end.

2018’s Opening Day will be on the road for the Cubs. Against a squad from Miami (again, naming convention that we’re not used to here; they were Florida as a baby and Florida as a toddler and pre-teen and teen and adolescent and even young professional, why Miami now?) that had been decimated through a sell-off of Marlin proportions. With mostly the same squad from 16 and 17 - we’re used to having to check for who the backup catcher is, we’re used to a revolving door of setup men in the bullpen, we’re used to a new closer with question marks (more this year, since he’s a “new closer”).

And the time of the game - 11:40 Central? - is odd; it being Miami you can cut them some slack and make your jokes about the early bird special.

The optimism, though, is something that isn’t new but brings with it the loftiness of expectations. Three straight LCS appearances. One World Series Championship in the middle there. They’re not really kids anymore, are they? While not quite veterans, three trips to the postseason will grow you up quick.

Odds are inflated at Vegas (they always are for the Cubs), and they’re now inflated in the minds of even the saltiest of Cubs fans. Just making it to the postseason won’t be enough.

So the Cubs had better be 1-0 later today, right?

The game is definitely on Channel 9 - your bartender knows where to find it. The expectations aren’t where they were in the 90s, because then we hadn’t been through this drill. We’ve been through the drill now - we watched Opening Day 2016 because we knew it would be our turn in October (er, November), we watched Opening Day 2017 because we had to cement what happened in our minds (with the goal of doing it again), and we’ll watch Opening Day 2018 because we know somewhere else (in Houston) they’ll be raising flags and handing out rings and lining their jerseys with gold and we think this Fall it will be our turn again.

Because it will be.