We are excited to announce LiquidEOS as an EOS Block Producer Candidate based in Israel and led by Bancor. Bancor builds open-source technologies that facilitate fair and automated conversions between blockchain-based tokens. As the largest decentralized solution for token conversions on the Ethereum blockchain, Bancor has gained invaluable experience scaling a high-volume decentralized network. We are eager to contribute our expertise and resources as an EOS Block Producer to promote the increasing adoption of blockchain technologies. 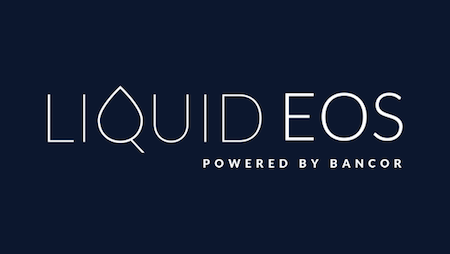 We take the privilege conferred to Block Producers (BPs) very seriously and recognize that a BP’s power originates from the token holders who delegate that power. We pledge to use the influence and rewards from block production to strengthen both the EOS infrastructure and community, including efforts to:

“We see the Bancor Protocol as an elegant solution for liquidity that benefits all token holders by offering a completely new paradigm for value exchange based on efficient automated market makers, powered by auditable smart contracts. This is the future of fair, low cost and predictable value exchange, and we're excited to bring these benefits to the EOS.IO community.”

Why choose Bancor as a BP?

After carefully considering all hardware solutions, evaluating industry benchmarks, and participating in community discussion, we have selected what we believe to be the best topology for our BP network architecture.

Find the most up to date specs on liquideos.com.
Two separate geographical locations. Each location will include: Bancor’s team brings with it the experience of scaling one of the most popular dApps on the Ethereum Network. Bancor’s smart contracts (which are owned and managed by the network’s liquidity providers) process nearly $20 million worth of transactions per day through the Bancor Network, the largest decentralized liquidity network on the Ethereum blockchain. The team has in the past also scaled other successful Internet products in gaming (Mytopia, acquired by 888), video (MetaCafe, acquired by Collective Digital Services, and serving over 50m unique users at its peak), cross-platform development (Particle Code, acquired by Appcelerator) community currencies and more. 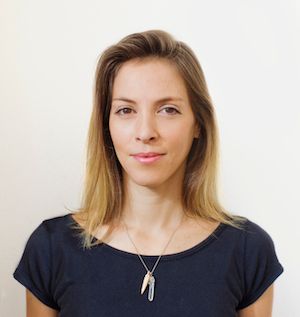 Galia Benartzi - Head of Business Development
Galia is a serial tech entrepreneur & Head of Business Development at Bancor. She previously co-founded Mytopia, the first social gaming company for smartphones (acquired by 888) and Particle Code, a cross-platform mobile development technology (acquired by Appcelerator). In 2013, Galia moved from Silicon Valley to Tel Aviv to support and invest in Israeli technology as a Venture Partner at Founders Fund, where she also launched numerous local currency pilots to model, build and test software for community currencies. Eyal Hertzog - Product Architect
Eyal is the Co-founder and Product Architect of Bancor. Previously Eyal founded MetaCafe, which was at one time the third largest video site in the world. Before that, Eyal founded Contact Networks, one of the first social networks in 1999. Eyal has been an outspoken thought leader on cryptocurrency since 2011. 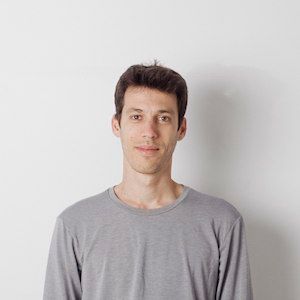 Guy Benartzi - CEO
Guy is the Co-founder of Bancor and oversees its business strategy and operations. Before Bancor, Guy co-founded Mytopia in 2006 and served as its CEO until 2010. He then co-founded Particle Code, and then AppCoin, which developed the largest custom currency platform before the advent of smart contracts. Yudi Levi - CTO
Yudi has been a venture-backed technology entrepreneur for over 15 years. He was the co-founder and CTO of Mytopia, Particle Code and AppCoin. Yudi spearheads the technology creation team at Bancor, including development of smart contracts and overall architecture of Bancor’s technology and products. 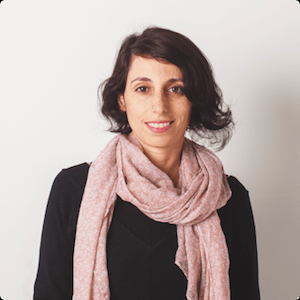 Ilana Pinhas - VP Engineering
Ilana has over 15 years of experience in software engineering, and 6 years in algo-trading. As Bancor’s VP of engineering, Ilana specializes in designing and building server-side infrastructure and internal frameworks as well as technical training and team performance. The Bancor team is based in Israel, one of the world’s leading hubs for blockchain innovation. Israel is a hotbed for blockchain developer talent and crypto startup creation, with graduates of top technical universities and intelligence units of the Israel Defense Forces (IDF) flocking to the space. Members of Bancor’s technical team hail from Unit 8200, the elite intelligence unit of the IDF, and formally advise numerous blockchain projects based in Israel.

In addition to our global presence, Bancor has played a major role in building Israel’s thriving blockchain ecosystem. We continue to expand our regional community efforts, with direct financial support and advisory roles in local crypto projects, along with hosting and speaking at developer meetups and local EOS community events.

LiquidEOS servers are located in the most secure military-grade facilities in Israel. Both of our data centers are 15 meters underground, and there is distinct physical separation between the hosting rooms and the support system rooms. Their design and engineering characteristics make them exceptional in their scale and survivability.

As a worldwide leader in solar power and sustainability, Israel is an ideal place to create an environmentally-friendly data center for the LiquidEOS project. We pledge to commit significant resources to ensure the LiquidEOS data center is not only heavily fortified but also a shining example of sustainable crypto infrastructure.

Bancor will pursue an aggressive BP timeline leading up to and following the launch of the EOS Mainnet. Our top objectives as a BP candidate are as follows:

Accelerate the adoption and usability of EOS dApps 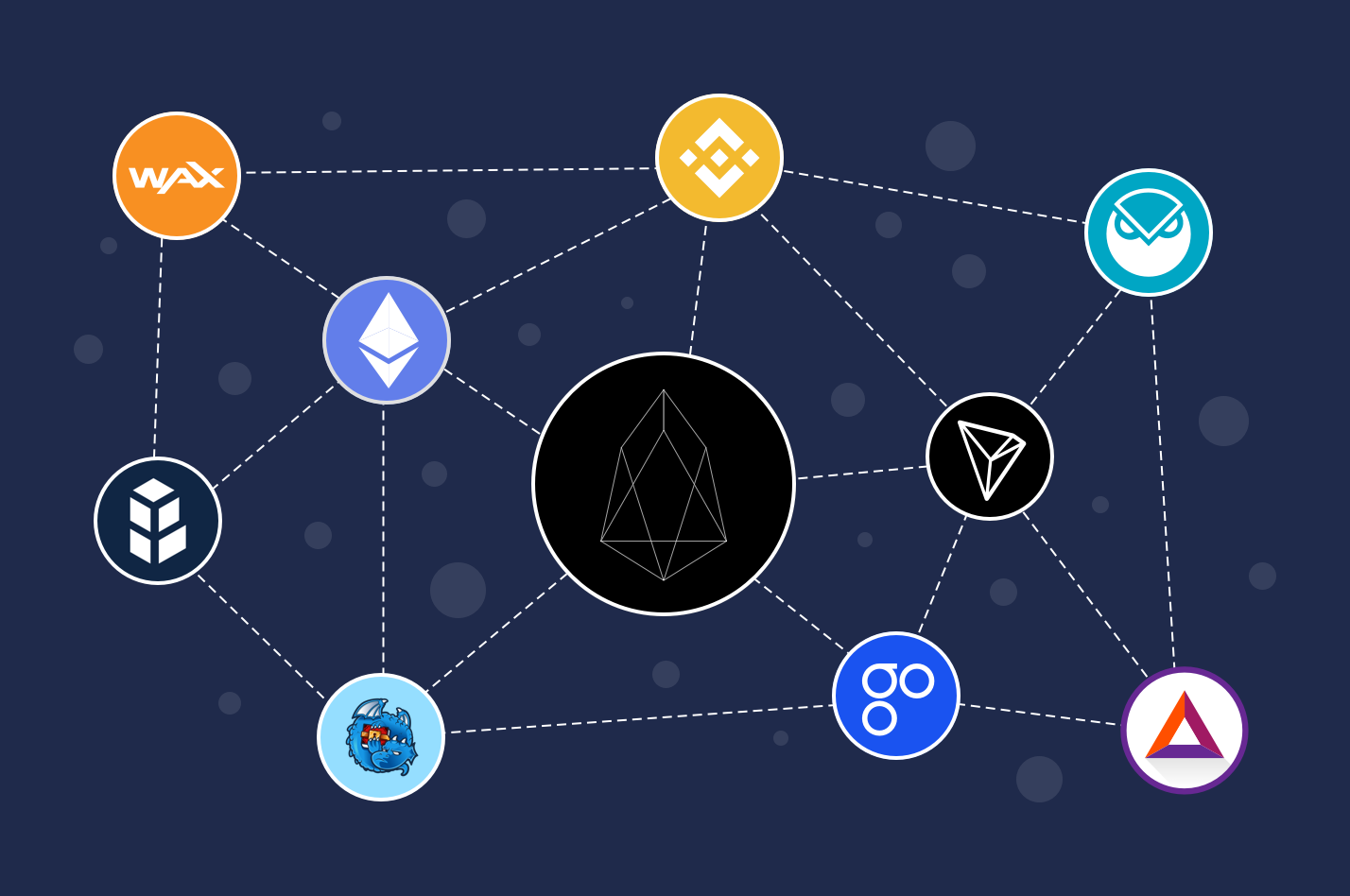 Combining Bancor’s deep blockchain expertise with the high-performance of EOS, LiquidEOS is a community benefit project which aims to spread liquidity across EOS token communities through value exchange that is frictionless, automated and user-friendly.

With LiquidEOS, users can buy and sell EOS tokens seamlessly and directly on the blockchain -- no deposits, no central servers storing their money, and no need to match buyers and sellers.

Instead, liquidity providers stake tokens to enable automated conversions directly through a token’s smart contract. Even lightly traded tokens will be autonomously convertible on EOS, so token creators can focus on their product, rather than exchange listings and trade volume. LiquidEOS is fully open-source and available to the EOS developer community, embeddable within any website, wallet, or browser.

In addition, LiquidEOS’s automated pricing mechanism will reduce manipulation in token markets, allowing the EOS ecosystem to leapfrog vulnerabilities of buyer/seller matching, including fake volume on exchanges and pump and dumps.

As Dan Larimer said in April, amid an up-tick in pump and dumps, “Traders can never cheat the market marker. I have simulated Bancor every which way. The trader always loses against the maker when manipulating prices up and then back to starting price. Huge liquidity makes moving price more difficult.”

More information on LiquidEOS will be made available on our Steemit & on the LiquidEOS website as progress on development continues.

Proceeds from Block Producer inflation rewards will be reinvested into EOS community development, blockchain security and performance, and community currency creation globally to promote the long tail of user-generated currencies which will ultimately expand usage of EOS blockchain.

LiquidEOS & Bancor adhere to a no payment to voters policy which can be found here.

Glad to have your qualified expertise supporting the EOS network!

Pretty thorough I would say :)

This was likely the most informative write up of any BP I have read, took me two months to find it, but then it also took me a month after EOS launch to learn about Bancor. Well begin to learn about Bancor, still trying to getmy head around smart contract market makers. Watching EOS ram market has been really educational as to practical application. Look forward to learning way more about everything your team is doing. You have been added to my proxy vote list (now up to 22 PB's I feel comfortable representing our interests as token holders). Thanks for a grade A+ introduction of a powerful BP.

This was a very informative post.
I wish you the best of luck as you support EOS!

Happy to have LiquidEOS in the top 21 BP's. Geographically unique and the bare metal infrastructure is solid. No pun intended :)

You've got my vote.

Can i ask about
Unconditional Basic Income Smart Tokens
if there is summery about it. will be helpful to understand for me.

Very cool! Looking forward to this

LiquidEOS are in my shortlist looking forward to the vote

Looking good - My concern is with the Financial Services Supervision Law and Governments ability to completely shut you down in about 30 seconds.

I'll be waiting for the amazing possibilities from this project!
Tks!

Thank for the read.