One of our goals for example is becoming a blockchain bank in the world using Avesta, Democratizing Avesta as we say. To realize this, funds are needed. When we say that the development is far ahead, we also want to mean that the roots are already planted structurally, but financially not. One of the many examples is this document in Guinea. 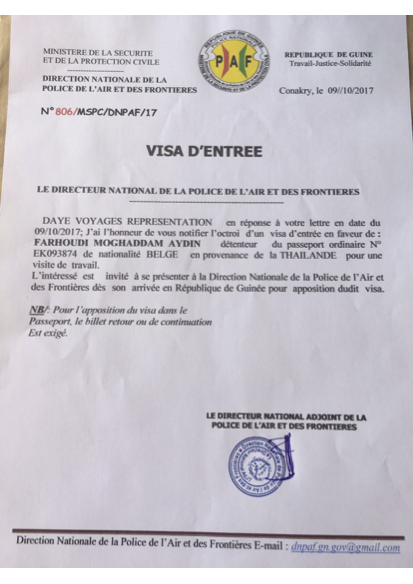 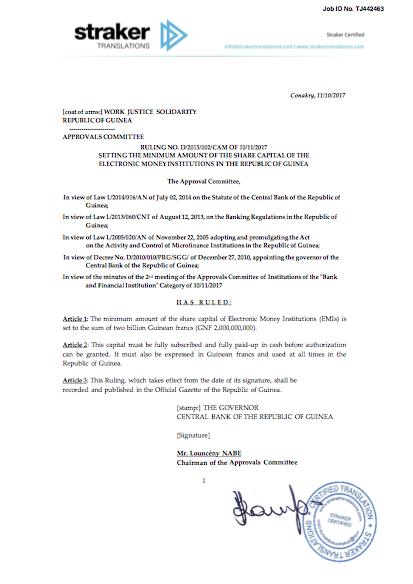 Our roots are already planted into the reality, and we already have shown a proof of concept and a proof of existence.
Many ICO` s are ideas with not even a real use case for the tokens they offer. Avesta is a coin with a new blockchain.

Many People are asking us how the mining works, so at the same time I thought it was a good idea to share here aswell how mining in Avesta works.

So why would you mine Avesta?

Mining Bitcoin and/or Ethereum can be a wild ride. Thousands of Proof-Of-Work machines across the world compete with each other to verify millions of blockchain transactions. First place in the verification race wins a healthy stack of coins. Second place gets...nothing, the same prize won by their colleagues bringing up the rear.

It’s a highly competitive structure whose result has been an exorbitant ramp-up of mining systems, the collective energy of which could power the country of Denmark.

Wasted energy is only the start of the problems with the current cryptocurrency marketplace. The small miners have, for the most part, been priced out. The amount of profit earned is becoming further detached from the proportional amount of work put in. The internet’s Gold Rush has turned into a frustrating goose chase.

This is where Avesta comes in with a brand new, complete cryptocurrency platform that offers everything from a new currency to mine to its own transactional system inside its blockchain.

Avesta is all about creating a whole new system of incentives for blockchain miners. Instead of competing with each other for top billing, miners’ efforts are brought together. Powerful systems will still earn their fair share, but so too will the smaller miners. Redundancy and wasted energy are reduced.

It turns out people in the business of mining cryptocurrency are starting to prefer a steady stream of coins to a dramatic oscillation between peaks and valleys.

Further, the mining of Avesta takes place in a separate place from the transactional layer, adding another factor of efficiency. With the immense amount of energy being spent on Bitcoin, the transactional speeds are still at fairly unacceptable levels to be considered useful in most marketplaces. With Avesta, however, purchase are kicked down to the database layer for verification, meaning both that mining never interferes with the speed of transaction while also eliminating the double-spend problem.

Submit
$0.00
7 votes
0
Authors get paid when people like you upvote their post.If you enjoyed what you read here, create your account today and start earning FREE STEEM!