https://www.usnews.com/news/best-countries/switzerland Overview
Switzerland, officially called the Swiss Federation, is a small country in Central Europe made up of 16,000 square miles of glacier-carved Alps, lakes and valleys. It’s one of the world’s wealthiest countries, and has been well-known for centuries for its neutrality. 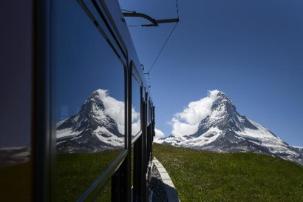 The Swiss Confederation was initially founded in 1291 as a defensive alliance among cantons. In 1499, the Confederation became independent from the Holy Roman Empire. In 1848, a new constitution turned the Confederation into a centralized federal government, ending a period of conflict. Since then, the country has enjoyed relative tranquility.

Switzerland has low unemployment, a skilled labor force and one of the highest gross domestic products per capita in the world, according to the CIA World Factbook. The country’s strong economy is powered by low corporate tax rates, a highly-developed service sector led by financial services and a high-tech manufacturing industry.

Switzerland is a federal republic made up of 26 cantons and an administrative capital in Bern. Most of its citizens live in towns and cities, the largest of which is Zurich – the most cosmopolitan of the country’s cities. The country prides itself on its diversity, and is home to regions with distinct cultural identities. German, French, Italian and Romansh language all enjoy national status.

The country’s cultural contributions are disproportionate to its small size. Swiss citizens have won more Nobel Prizes and registered more patents per capita than most other nations. And its neutrality during periods of conflict attracted some of the world’s greatest minds to immigrate, including James Joyce, George Byron and Voltaire.

Switzerland is also notable for its secretive banking sector. Reporting rules and legislation have led to more transparency, but secrecy rules persist and nonresidents are allowed to conduct business through offshore entities and various intermediaries.

Switzerland’s neutrality has long been honored by its European neighbors – the country didn’t take a side in either of the world wars and is not a member of the European Union. As a result, Switzerland, particularly Geneva, is a popular headquarter location for international organizations, such as the International Committee of the Red Cross and the United Nations, though Switzerland did not join the latter until 2002. The country is also a member of the IMF, WTO and World Bank.