These are one of beautiful indian architecture in the world. 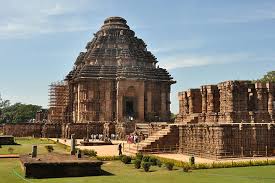 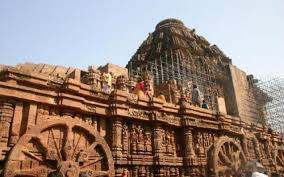 The Sun temple is situated in the small town of Konark, which is situated in the Puri district of Odisha. This marvel of architecture is dedicated to Lord Sun. And resembling his carriage, the temple has been built in the shape of a chariot, which has twelve wheels and is shown as being dragged by the seven horses.

The temple is believed to be constructed in the 13th century by a king called Narasimhadeva. Like with most things in India, this temple too has connections with a few legends. As per one of the legends, God Krishna cursed, one of his own sons with leprosy. To seek penance, Samba worshiped Lord Sun (Surya) for a period of twelve years. Pleased with his devotion, Surya healed him. Samba made the Sun temple in return to express his gratitude. 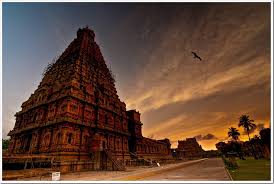 Also known as Peruvudaiyar Kovil and RajaRajeswaram, this 11th century temple was built by the Chola emperor Raja Raja Chola I. Dedicated to Lord Shiva, Brihadeeswara temple is the largest temple in India that is situated at Thanjavur city of Tamil Nadu.

Cholas are known for their majestic and splendid scale of structures. The opulence and artistic proficiency of Cholas is well reflected in the grand and magnificent architecture of the temple. Made entirely of granite stone, it was built as per the principles of Vaastu Shastras and Agamas.

The most remarkable thing related to the architecture of this UNESCO World Heritage Site is that it doesn’t leave any shadow on the ground at the noon time. The millenary celebrations of its construction took place in 2010 amid many enthusiastic and grand cultural events. 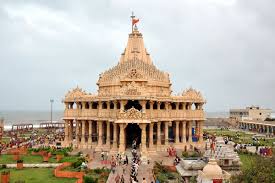 This is one of the oldest pilgrimage centres in India and finds mention in the ancient books, like Shivpuran, Skandpuran and Shreemad Bhagvat. Som refers to the ‘Moon God’, thus Somnath means ‘Protector of the Moon God’. According to a legend, Som got the temple built in the honor of Lord Shiva as it was Shiva who cured the illness, which was inflicted on him due to his father-in-law’s curse.

It is one of the most revered ‘jyotirlings’ among the 12 existing jyotirlings of India. The temple is located in Prabhas Kshetra in Saurashtra (Gujarat). Prabhas Kshetra is also the region in which, it is believed that, Lord Krishna left his mortal body.

Another interesting thing about the place is that it is built on the shore of Arabian Sea and in between the temple and the South Pole, in a straight line there is no land area. Somnath temple was destroyed and re-built many times. The place also has a Somnath museum, Junagadh gate, beach and a sound and light show to amuse the pilgrims. 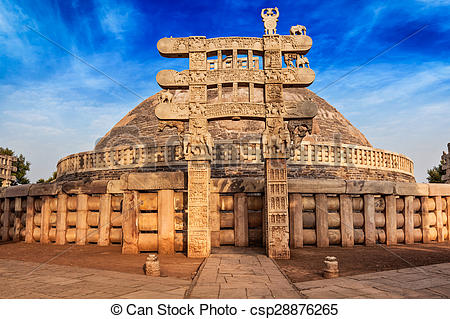 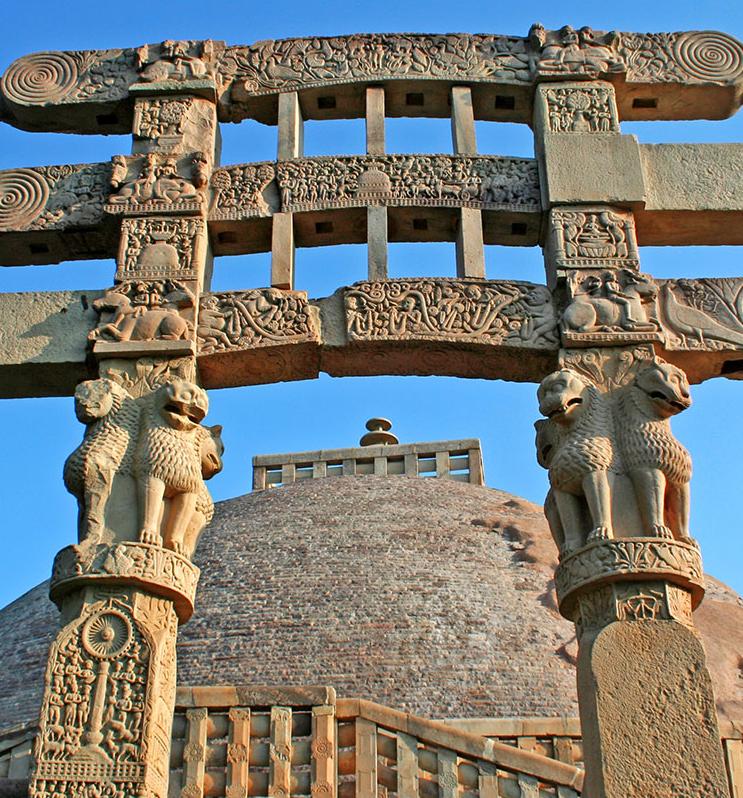 Sanchi is a village in the Raisen district of Madhya Pradesh, which is a home to several Buddhist structures built in between 3rd century BC to 12th century AD. The most significant of them all is the Sanchi Stupa, also known as the Great Stupa. A Stupa is a holy place of Buddhist, which is built in the shape of a dome that consists of relics of Buddha.

A UNESCO World Heritage Site this famous pilgrimage site in India was built by the great emperor Asoka in the 3rd century BC. There are four intricately designed gateways surrounding the Stupa known as Toranas, each individually symbolizing the four emotions of love, peace, courage and trust. The Great Stupa is 16 meters high and 37 meters in diameter and preserves the relics of Buddha. Rameshwaram is a small island town in Tamil Nadu and is one of the four holiest pilgrimage places (Char Dhams) of the Hindus.

The reason for its being so sacred is the belief that Lord Rama along with his wife Sita first landed on its shore after defeating the demon Ravana (who was also a Brahmin). To seek atonement for killing a Brahmin, Rama wanted to pray to Shiva. Hanuman was sent off to Kailash to bring an idol of the God. In the mean time, Sita made a small lingam. The one made by Sita is called Ramalingam and one brought by Hanuman is called Vishwalingam. 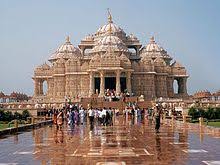 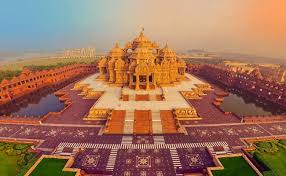 Constructed on the principles of Vastu Shastra and Pancharatra Shastra, this temple is situated near the banks of Yamuna in Delhi. The Indian-ness of the temple is reflected in its resemblance with ancient Indian architecture and the spirituality that the place exudes. The principal deity of Swaminarayan faith, Lord Swaminarayan, is the central figure of Akshardham. His 11 feet high idol lies below the central dome of the temple.

The structure has been built of Rajasthani pink stone and Italian Carrara marble. The magnificent temple of Akshardham looks more stunning during the night with the beautifully set lighting arrangements. There are many ways like exhibition, movie, statues and boat ride through which the information about the history and philosophy of the Swaminarayan sect and its founder is given to the visitors. Light and music show, which takes place in the evening, is the most fascinating element of the temple.

These are few architecture of ancient indian.Just give your comment on your this post and resteemit one of the oldest ancient culture of the world .

Just mention your comment below, i just want you to know how you feel about this architecture.

"The most remarkable thing related to the architecture of this UNESCO World Heritage Site is that it doesn’t leave any shadow on the ground at the noon time" could this be true?anyways,nice photo and great history

Thank you so much man . come visit india it is one of the beautiful place in the world.