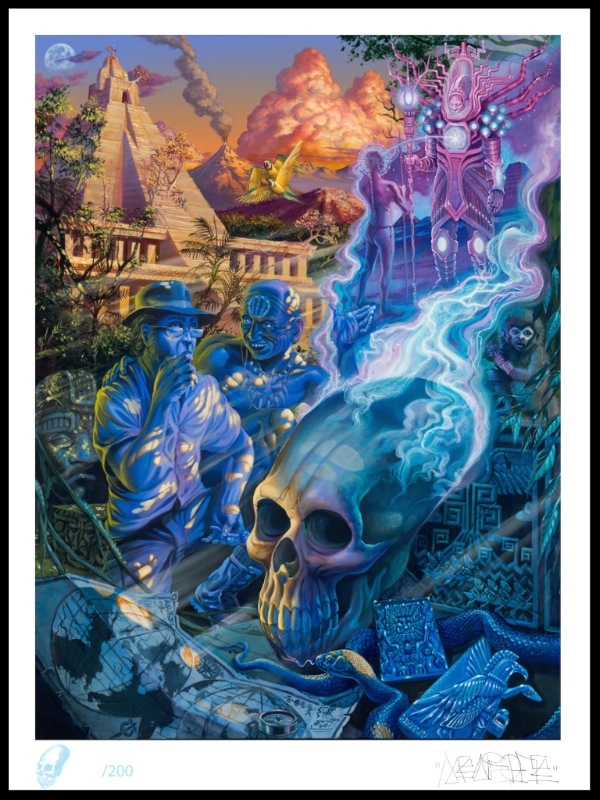 Who are we? Scattered around the world are enumerable relics, writings, sculptures, paintings, hieroglyphics dating back to ancient Sumerian, Incan, Mayan, and Egyptian times, & older communicating, depicting, corroborating widespread folklore and myth about a predominant race that may have been the original architects of many of the megalithic sites around the planet. For many archaeologists their existence defies the standard taught model of Darwinian human evolution. Indigenous Peoples teach this creation story similar to the ancient Sumerian story, that we were seeded here millions of years ago to mine gold for the gods, the Annunaki, higher beings claimed to be the creators of us. The Dogon tribe from Mali also have a rich oral history and understanding of cosmic interaction with this race of humanoids. Ancient Vedic literature describes wars between extraterrestrials and humans on a global scale predating the Great Flood that changed the surface of the world. Plato’s historic writings of Atlantis and other literature describe an even more ancient civilization called Lemuria and its people who are claimed to have co-existed with these gods. One wonders how these ancient cultures all shared an understanding based on similar mythology while separated today by thousands of miles. I’m considering the possibility that it’s more than just myth. Similar to how Troy was only a myth until its discovery, or Dwarka, the mythological sunken city off the coast of India that was revealed after the 2004 tsunami, or Yonaguni out under the sea off southern Okinawa. From Peru to the isle of Santorini, Ukraine, the Gobi Desert of China, India and all throughout The Americas, ancient archaeological evidence continues to defy mankind’s current standard model. I became obsessed with the Elongated Skull people of the ancient Incan pre-history when I came across an independent archaeologist named Brien Foerster. He heads the Paracan Museum in Paracas, Peru, which houses many of these skulls. They are genetically different from the traditional homosapien variety; though humanoid in some form, they remain completely different from us. The skull is 2.5 times our brain mass; the sheer size of its eye sockets and jaw bones alone show that it is metahuman at minimum. Some myths describe blue-skin, red hair, and bodies of up to 9-10ft tall said to belong to a global culture that predates the Great Flood. 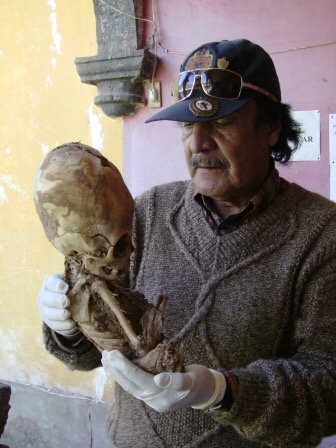 These skulls have been discovered across the world - in Egypt, (e.g. Akhenaten's skull was elongated), on the isle of Santorini, the Ukraine, Gobi Desert in China, parts of India and all throughout the Americas. Variations of these oblong shaped heads have been depicted in sculptures and paintings throughout Sumeria, Ancient Babylon, their existence has been recorded in the Mayan Codex, and Egyptian hieroglyphics. These artifacts help me to better envision the possibility that we are all part of a much longer historical identity than we've been taught, a history that has been kept from our knowing. As the evidence begins to reveal itself with greater speed to the world's population it will cause us to question how we see ourselves and what type of world we want to create. Revolution doesn't just overthrow political systems, it collapses old ideologies and transforms our way of thinking. This is a journey I take you on in my new body of work Metaphysical Surrealism. PEACE, MEAR ONE Hey @mearone I do a weekly curation of art on my blog and I'd love to include your poster, I'll link back to you if course. Let me know if that's good with you, your art is beautiful :)

That would be awesome! Let's connect on email, send me your blog address, I'm [email protected] & thanks for desiring to share the knowledge. PEACE, MEAR

Do you use discord.? I am a moderator at the minnowsupport server, I would prefer not to give my email out in public but if you would like to contact me on there by private message you are more than welcome. It is not necessary for this post I can grab the image from here that will be plenty :)

Sounds great, go for it. I'll try to find you on discord. PEACE, MEAR