Review: The Shape Of Water - The silent beauty of a masterpiece - An OSCAR Winner - Really Good movie!!! The first thing to say is that the best word to describe The Shape of Water is "beauty". Photography, acting, history: all are points in favor of this tribute to love and the monsters created by Guillermo Del Toro.

The premise is simple and superficially is a story that has not counted before: a girl trapped in a monotonous life meets an exotic guy who takes her out of her routine and ends up falling in love, until an antagonist appears who opposes her love Nothing new, but in this case everything is very well executed.

In the form of water we meet Elisa Esposito (Sally Hawkins), a cleaning worker in a team of ultra-secret experiments of the US government during the Cold War. She lives with her best friend Giles (Richard Jenkins), and is trapped in a routine. One day, Elisa and her friend Zelda (Octavia Spencer) arrive at the building to a new boss (Michael Shannon) along with a scientist (Michael Stuhlbarg), who carry a capsule with a strange creature inside. This is when Elisa's life changes completely. 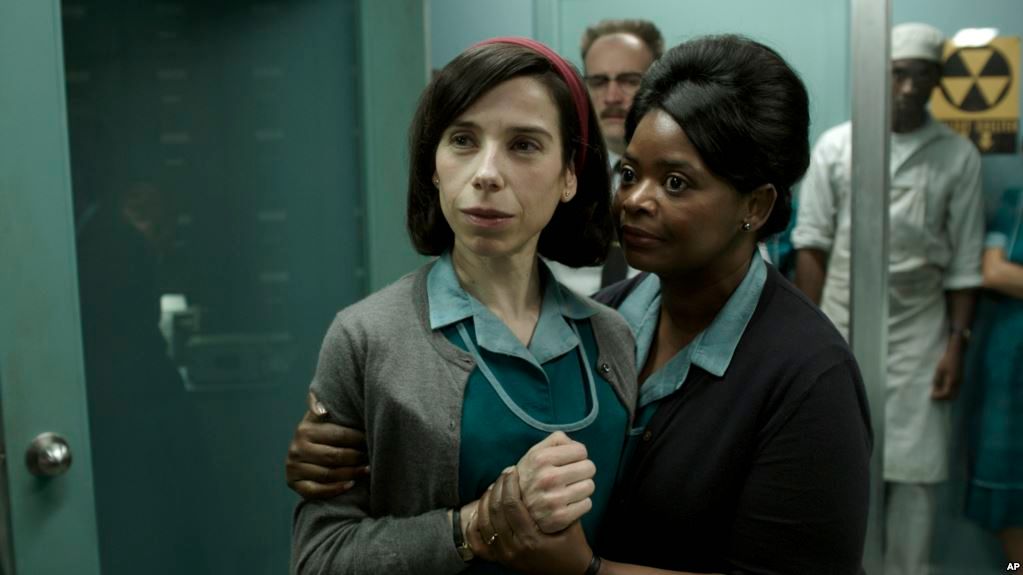 One of my favorite things is that Del Toro's story is completely honest. The director does not intend to tell new stories, but has his own way, with his own style and the imagination with which he has been blessed. The photography is excellent and betrays the genuine intentions of what happens on the screen. With a lot of subtlety, Del Toro can create a sensitive narrative of a simple love story in structure.

In the case of The Shape of Water, we see that the artistic direction seeks to express emotions through the color codes that dominate each act, making the step between each one, a simple for the audience and beautiful for the senses. The first act is green, the second is red and the third is black. What's behind that? There remains an interpretation of each one, but I felt it was a way of expressing the emotions that each character felt throughout the film.

At the same time, color codes seem to me an effective method for those things that do not have to be said. At some point someone talks about their emotions, because Del Toro knows how to say that without words. And this is not fortuitous: both Elisa and the silent son monster, and the villain has a special relationship with silence. But not everything is silence. The beautiful soundtrack by Alejandro Desplat, with its playful and friendly pieces, accentuates the most emotional scenes of the film. The French composer perfectly understands that vibration of the mid-twentieth century and, at the same time, reflects the longing that inhabits the characters in the film.

Each character has its own personality, a character and an implicit history that we never know but that can affect the way it acts.

But undoubtedly the best is Strickland, the character of the "new boss" played by Michal Shannon. A bad guy who evokes the modern man who little by little renounces his humanity in the name of a distorted vision of what it means to be "civilized". Hence I think it comes with the relationship with silence, something that tries to dominate and break, calm his wife, be interested in the silent protagonist and torturing the monster that can not speak.

On the other hand, the character of Elisa managed to evoke the feeling of being a witness: she is a passive person who one day something happens to her. Personally I do not love some stories, however, it creates a very effective antagonism when dealing with the villain. She fights for the Mamluk against the noise that Shannon provokes.

Something well made of the script is that at the beginning it is not so common that Strickland becomes a type of villain, because it changes and grows along with the protagonist throughout the development of the story. There are two arcs that tell what happens in the form of water and both are full of metaphors and symbols of humanity, change, archaisms, an overcoming. And this comes hand in hand with the fact that, although it is set in the Cold War, the film feels like something very real.

When I saw the movie in the cinema I was wondering why make this movie today? I think it does not matter at a technical level of the film, but it does matter in a contextual level. Unfortunately it is pure speculation. But after this movie I felt that Del Toro wanted to talk about the outdated features of society.

I explain. The villain carries the racism of the fifties, the misogyny that still exists and a sense of white superiority expressed in what builds the character's narrative: a white man goes to South America, a kidnapper of a monster to take him to the United States and to experiment with it, symbolizing the coldness with which the alien is taken, the exploitation of the other for one's own gain and the way of discarding what is considered useless. 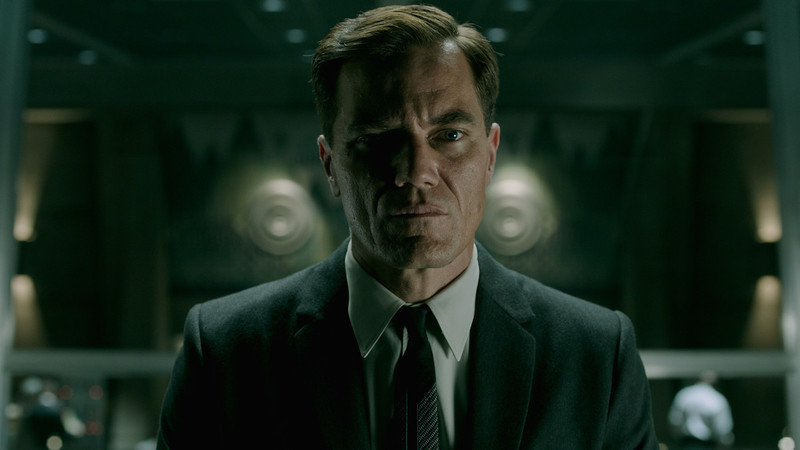 For this reason the relationship between the protagonist and the antagonist work so well. And that's why we identify with Elisa, because she takes a place that confronts that at some point was part of a status quo. The protagonist has an ascending arc, while the villain one descending, and the secondary characters become heroes who break with the destiny dictated by the white, heterosexual and modern man.

-The good about the movie:

-The impeccable art direction.
-The beautiful soundtrack by Alexandre Desplat.
-The performances of Sally Hawkins and Michael Shannon.
-The monster.
-The scenes of passion.
-That introduces social issues with subtlety.

-The bad about the movie:

-The comic relief is not very original (we have seen it thousands of times).
-Some details of the visual effects and makeup.
Verdict The Shape Of Water is a film with entire performances, an excellent soundtrack, an almost perfect art direction and an intimate story in which the monsters are as fantastic as they are human. Guillermo del Toro leaves everything here, and there is little more that can be demanded of a director like him.

I will check this movie, thanks for sharing!

Yes, i really enjoyed this movie as well. A strange yet beautiful love story.