The godmother of my children is an art therapist. I discovered her job when she had me re-read and correct her dissertation as a result of her studies. She still talks to me often, it is an interesting therapy and different from the usual therapies where we only talk with her therapist. In this case, the word is mixed with the act via art in all its forms.

You may have noticed that in recent years, art therapy books, adult drawing books and mandala books are easily found in the stores. 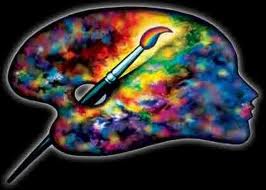 Art therapy has more and more followers, indeed, it often appears as a new original method to access his feelings and emotions repressed.

The art therapist uses artistic creation that can be painting, theater, dance, collage, modeling, photography, sculpture ... to penetrate the unconscious issues of the individual and lead to a transformation positive of itself. The goal is to start from his pains, his violence, his contradictions to make it the material of a personal journey.

The origin of the art therapy is attributed to the English painter, Adrian Hill, who first made the experiment in 1940. He had tuberculosis and was placed in a hospital, during his convalescence he drew on paper and He let himself go to daydreams, which, to the astonishment of the doctors, accelerated his recovery.

The British Red Cross used this method with their patients and in 1950 the first art therapy training programs were started in the United States.

In France, it was not until 1986 that the concept was finally recognized by the scientific community during an international congress.

Conduct of a session During the first session, an interview with the therapist allows the patient to talk about his / her discomfort and expectations. The course of the following sessions varies according to the chosen art, but still pursues the same objective: to develop a symbolic language giving access to its buried feelings to then be able to integrate them.

The role of the art therapist is to promote creativity in the patient who, in front of the blank sheet, often says by saying that he does not know how to draw.

The patient is invited to let go, to let his hand do without mobilizing his brain. If the patient is really blocked, the therapist can offer him a basic idea like the elements, a labyrinth, a rainbow, ... without imposing a specific model to reproduce.

The goal is to give a creative idea to the patient. Once the patient has found the inspiration, the role of the therapist is to encourage the patient to continue or develop a movement or form that is repeated from one production to another and that seems meaningful.

The function of the art therapist is to gently push the patient towards ever deeper. Indeed, it is when the person lets go and leaves superficiality that the therapy advances.

At the end of the session, there is a verbal exchange between the therapist and his patient. After completing his production, the patient is invited to talk about what he felt during the creation, what it inspires him. The art therapist can help with reflection by asking broad questions so as not to guide the patient's words.

Art therapy is particularly indicated for children in whom introspection is often difficult, as for adolescents, often refractory to the classic psychotherapeutic approach. In adults, the method is also very beneficial for people who find it difficult to search their problem by word of mouth or who, conversely, speak easily of them without ever progressing.

The art therapy also gives excellent results with the big patients who express then their pains, with the addicts, the prisoners or the marginal ones for whom the creation of a work induces a revaluation of themselves, but also the older people whose creation responds, among other things, to a need for retrospective reconstruction of their lives before dying. 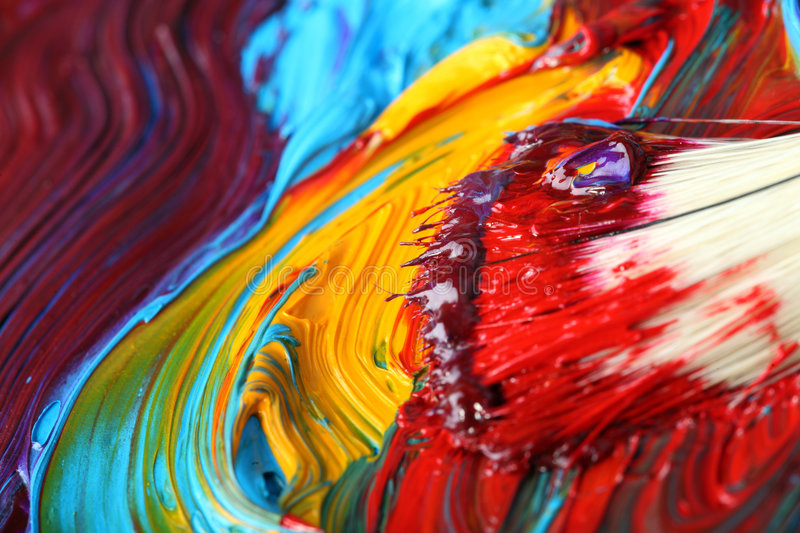 Each patient will be more sensitive to one art than another.

In the case of the visual arts, the work is made of concrete traces of the problems of the individual. By metaphorising them through painting, modeling, collage or even photography, it allows an objective distancing and then an awareness.

These dynamic arts involve the body, they allow to replay its conflicts.
The dance symbolically represents our contradictions and reinforces the psycho-corporal unity.

The theater fulfills an outlet function as much as a dedramatization.

These artistic expressions give a voice to the unconscious. The manipulation of puppets reveals the repressed by giving him the word, the mask favors the lifting of inhibitions and defenses, makeup confronts with his fantasies and the clown encourages him to play with his vulnerabilities.

Music therapy is a work on vibrations and on the body through rhythm. Music, endowed with an exceptional power of emotional mobilization, thus encourages a progressive reappropriation of its body, opens the ways of communication and develops creativity.

Many decades ago, people think art can't have a proper job and only earna little. Nowadays art can be a profitable job and you can earn while doing what you love everyday

Art is great, can't paint myself, but I enjoy beautiful paintings.

Incredible art therapy. Thanks a lot for the great post.

Art therapy has been proved to be reallt good for dieases as alzheimer and also special needs, with numerous studies that support this view.

It is also very common to see that child with RM benefits from this type of therapy, being not just a game but actually a way to improve themselves in many ways.

God Bless Us All!

Very interesting, I myself said that I can not draw. Later it was an important part of my Selfhealing process. Now I am working with other persons by intuitive painting and drawing therapie.

I truly believe in the power of music to reduce stress besides other ways.
I love the arts in every way because it helps me to relieve the tension from my body and create an equilibrium in my mind!
Great post anyway:)

really its just amazing very nice art thanx for post keep it up.

This is a very thorough article on art therapy. Art therapists can go really deep with patients who may not otherwise be able to express themselves.

Have you heard of visual art journaling? It's something I'm starting to do instead of journaling by writing.

wow, what a creativity man.It is an authentic art of therapy.
Thanks @Indesta for sharing us your creativity.
@Restreem & follow has done.

i really think Art is a great therapy. I myself sometimes indulge to coloring books or sometimes drawing whenever im stressed and depressed. Great post!

well if our art style is influenced by our personality/mental state, i am clearly a total mess, or lets put it that way. "You're a nut!!! You're crazy in the coconut!"

Really interesting post, thank you. I am using art and music as therapy, to help me deal with things in my life when they are difficult. It's really helpful

Very simple perspective, but lot of meaning. Usually picture is universal language thousand meaning in a part of picture. I like that conversation about art therapy..... must be like that.

excellent work of art I love

Congratulations @lndesta120282, this post is the tenth most rewarded post (based on pending payouts) in the last 12 hours written by a Superuser account holder (accounts that hold between 1 and 10 Mega Vests). The total number of posts by Superuser account holders during this period was 1547 and the total pending payments to posts in this category was $18606.99. To see the full list of highest paid posts across all accounts categories, click here.

Thanks for posting and giving some great suggestions. I volunteer with urban youth in the arts and some of these techniques and ideas will be beneficial to possibly add to the repertoire!

Art is good for the soul, so it stands to reason that art therapy would be good for helping to recover the soul. I enjoyed reading this article. helped me to think outside the box.

Interesting method of therapy. Great information for us.

I am an activist that promote sketching as a way for communication and improving mental health. For me, theres nothing soothes the heart better than spending time doing arts with kids. 😊 great article u have here 👍🏼👍🏼

Painting is definitely a form of therapy for me. Everything from furniture to Bob Ross, oil and acrylic, and even faux finishing walls. A lovely post you have here!

Excellent post, I was a painting teacher for many years and from my own experience I can affirm that this art therapy is very true, I did not work with patients of any disease, but I worked with children with attention deficit syndrome, and the painting it served as therapy for his condition.

Very interesting. I was looking into this as a career but in Australia I read that you have to be a trained psychologist so that's a fair bit of work.

Really interesting post, thank you. I am using art and music as therapy, to help me deal with things in my life when they are difficult. It's really helpful..
Keep it up..

Yap! So true art can be like the best therapy ! Im my own art therapist ...i suffer from various healthissues and also insomnia..once i started drawing in a routine like 1h b4 sleep at least it got better its so relaxing to shut down my brain just draw without much thinking and i finally got some rest at night! Sometimes i do enjoy some relaxing music beside or some ASMR relaxing videos..art is pretty much underrated!

Great content and a great read! Keep it up.

good idea, i think so

Every time I paint, it is an art therapy!

Colours!!
I love it.
Pls check my work #daf and vote if you like it.

hi me from Indonesia, when earthquake happened in Aceh province, we do painting with child victim there. several times doing that, the children look happy and smile. Warm regards

i use always art for have a relax.
i can say some thinghs with my sketch that with words i'm not able

Good day Indesta120282,
My name is Ricardo, I go by philosopher-king here on steemit. I truly enjoyed reading your article. Especially because, I am always keeping an ear to the ground and an eye out for alternative wellness practices, and for natural healing methods, as I am, a wellness advocate, through and through. I also promote wellness through my personal website; I'm wondering if you wouldn't mind... May I post your art therapy article in my website? To discuss please feel free to email me, [email protected] or message me here on steemit. I am new here, so I am learning yet how this program works. Namaste and blessings...