These are a pair of matching snaffle bits found in a bog near where I live in Ireland. Known as the Attymon hoard, they are from the early Iron Age circa 200, 300 AD, made of cast bronze and decorated in the La Tene style. They would have been used to harness two horses to a chariot which meant that they would have belonged to a high ranking individual a Chieftain or possibly a King . It is thought that they were placed in the bog as part of a burial the bogs being considered sacred at that time, many bog bodies have also been found in Ireland preserved for millennia by the bog which is acidic , some of these are thought to have been human sacrifices. 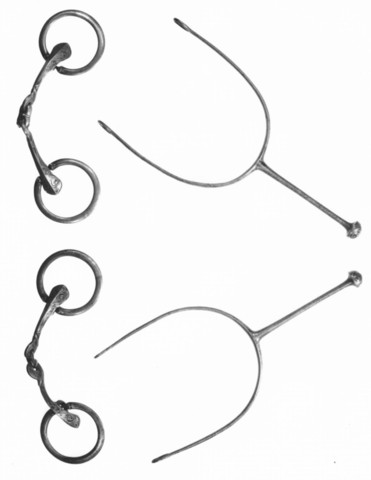 There have been over 130 bronze horse-bits dating from the Iron Age found throughout Ireland showing that travel by horseback was widespread at the time but matching pairs are few and far between and no real evidence that chariots existed in Ireland adds to the un-usualness of this find, they seem to be far too good for an ordinary cart which has led to much speculation about there providence !

A similar bit to show the decoration La Tene decoration was an art style developed across Europe during the Iron Age, Celtic art was very different from the Classical realism found in the Roman world, it was harder to read more ambiguous consisting of mythical beasts and human like faces , stylized birds and animals, pretty cool designs in my opinion. Weapons , horse trappings, jewelry and sacred stones are the most common artifacts found in Ireland decorated in this style.

A sketch of some horse- bits, pendants,spear butts and querns. 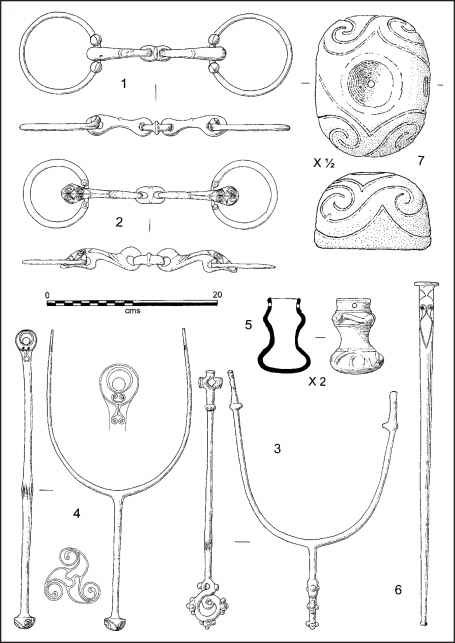 This is the Turoe stone which is located about 5 miles from where the pair of horse-bits were found . 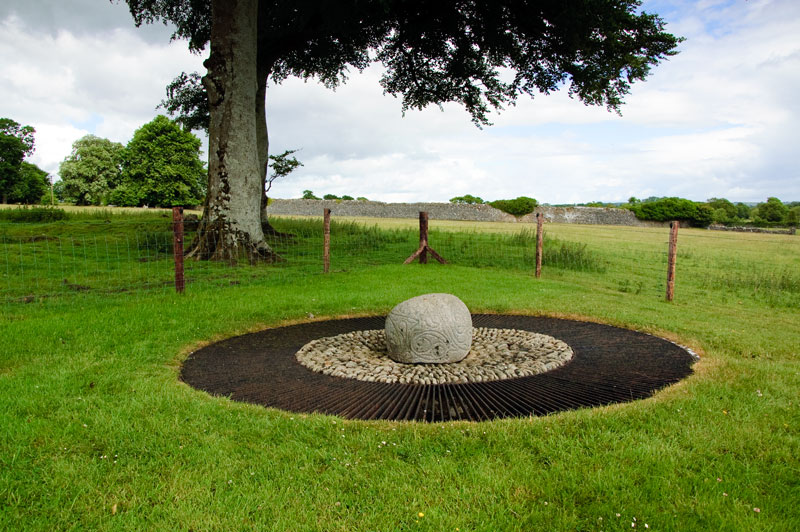 A third stone also exists but it is broken up, the Killycluggin stone , its pieces are on display in the Cavan County Museum

These three stones are often referred to as cult stones thought to have been used in some sort of ritualistic observance long since forgotten, the Turoe stone has a rather phallic shape but who knows ?, what is known though is that the La Tene style greatly influenced the art work in early Christian manuscripts such as the Book of Kells. Its all just bit of history repeating itself !!! ( Shirley Bassey and the Propeller Heads ) worth a listen !
I hope somebody found this blog interesting and if you did I would be grateful if you could upvote ,resteem and comment, I need some encouragement , its lonely down here in "1 or 2 views per blog land" but I'm resilient !Thank you for getting to the end.