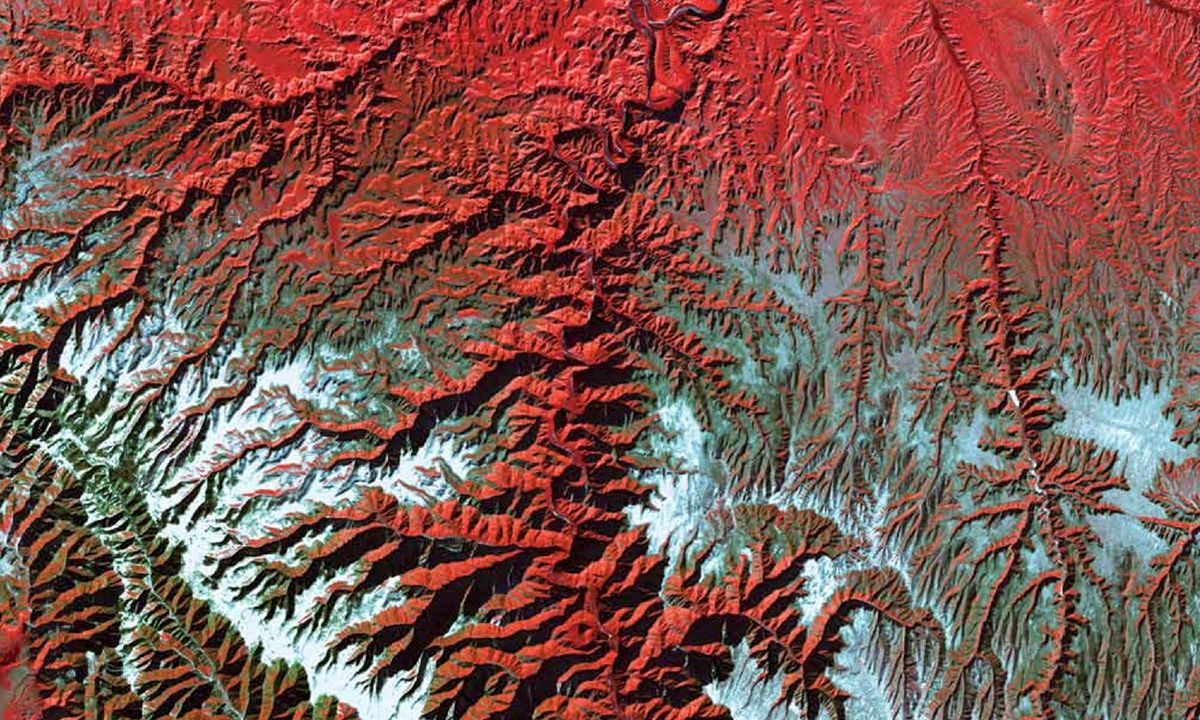 I have always been fascinated by satellite images of our solar system. The textures and terrains of the planets, moons and asteroids around us (and beneath us) have often found their way into my drawings, and flipping through the images often sparks new ideas for my collection of short stories. In each post in this series, I will present one of my original drawings alongside a resource for incredible satellite images. I hope to spread the wealth of knowledge that can be found in these lesser-known resources and most importantly pass along that feeling of wonder we all experience when peering into outer space.

Part One : My Creation The above pencil drawing depicts a fictional planet where the laws of physics behave differently than here on Earth. On this distant planet, weight is inversely proportional to size. In other words, the bigger something is, the less it weighs. The result of this strange inverse law is that entire mountain ranges often get picked up by a gust of wind and stuck in the clouds. Here is an excerpt from an early draft of this short story:

Mountains have a nasty habit of getting caught in the wind. When one lifts up, sure enough the entire range wants to tag along for the ride, roots and all. It's not uncommon to see them tangled up in the clouds, casting shadows over entire regions for weeks on end. My friend lives on the south side of Mt. Arowak and she spent the better part of last spring stuck at 40,000 feet. Stuck is perhaps an exaggeration, considering the view from her bedroom window...
The science behind the inverse law is simple. Two objects, when bound together, are lighter than one. Three lighter than two, four lighter than three, etc. That's how trillions of pieces of dirt and rock, though individually they rank among the heaviest stuff on the planet, can form the towering floating monolith over our heads. It's the single grain of sand or dirt separating from the whole that you have to watch out for. But weight and size are not the only inversely proportional qualities that would seem counter-intuitive to you upon first arrival here. The less sunlight there is, the brighter it gets. The less sleep you get, the more rested you feel. The less you eat, the more weight you gain. But at this point I'm sure you get the idea, because the less sense something makes the more understandable it becomes. 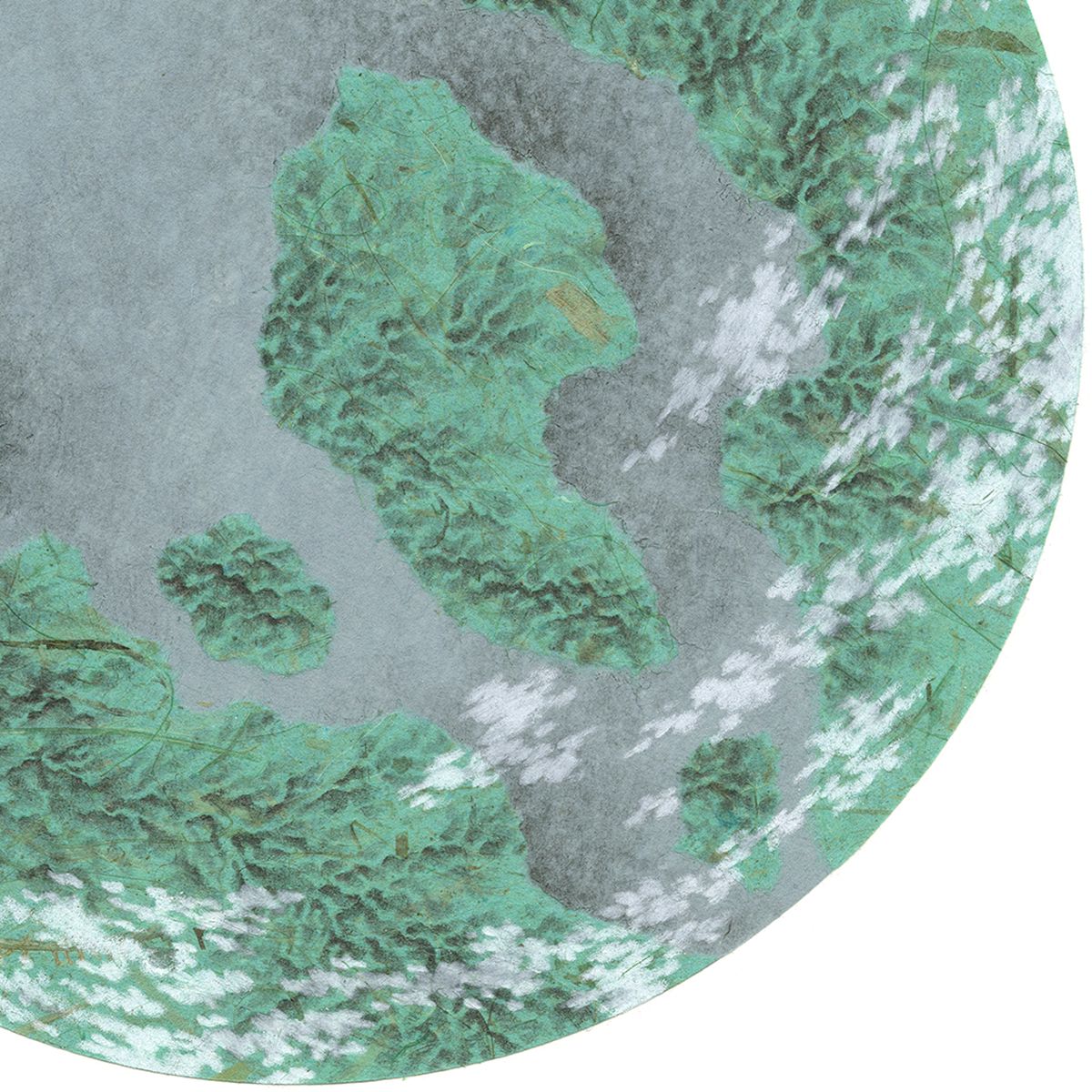 My drawing was largely inspired by satellite images of Earth. Though I still often find my inspiration in the satellite views offered on Google maps, I also like to flip through a beautifully curated collection of satellite images released by NASA in 2012. NASA compiled 75 of their most aesthetically pleasing satellite images of Earth in a free e-book titled Earth As Art. You can find the download link for the free PDF booklet at their website, as well as the following description of the book:

In 1960, the United States put its first Earth-observing environmental satellite into orbit around the planet. Over the decades, these satellites have provided invaluable information, and the vantage point of space has provided new perspectives on Earth. This book celebrates Earth's aesthetic beauty in the patterns, shapes, colors, and textures of the land, oceans, ice, and atmosphere. The book features 75 stunning images of Earth from the Terra, Landsat 5, Landsat 7, EO-1, and Aqua satellites. Sensors on these satellites can measure light outside of the visible range, so the images show more than what is visible to the naked eye. The images are intended for viewing enjoyment rather than scientific interpretation. The beauty of Earth is clear, and the artistry ranges from the surreal to the sublime.

Below you'll find some of my favorite images from this beautiful collection, but I encourage you to go to the Earth As Art website to download the booklet and see the rest of the beauty NASA has shared: 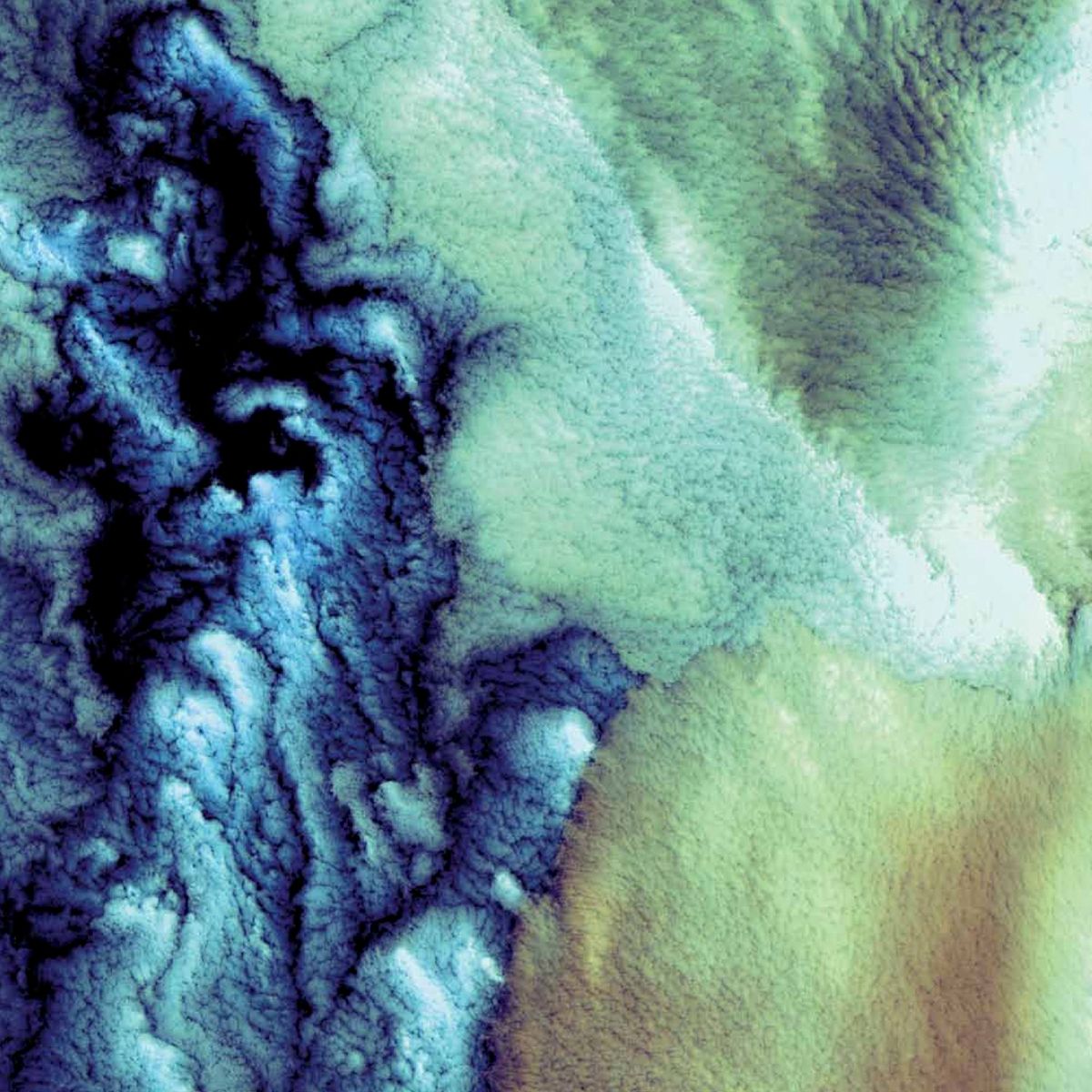 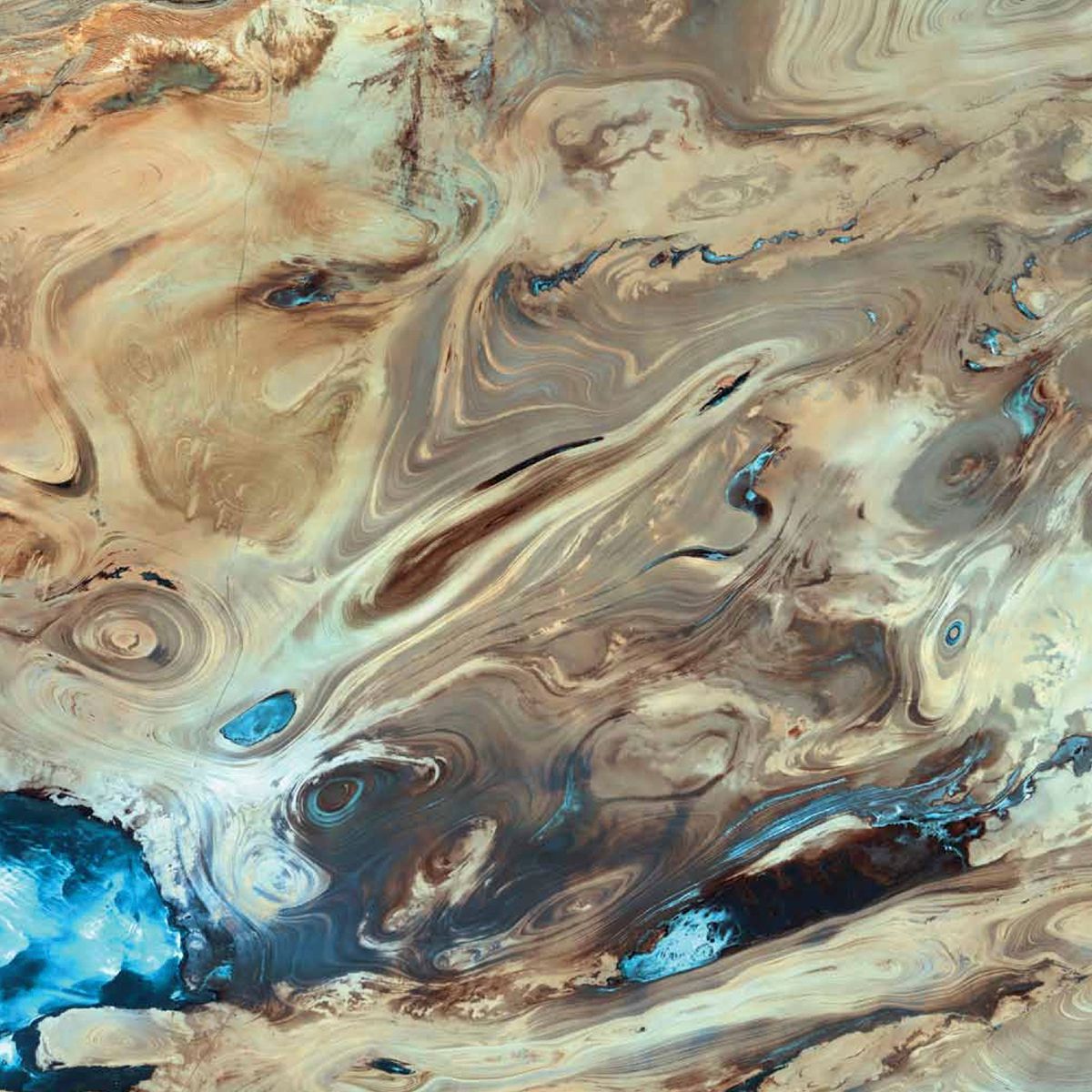 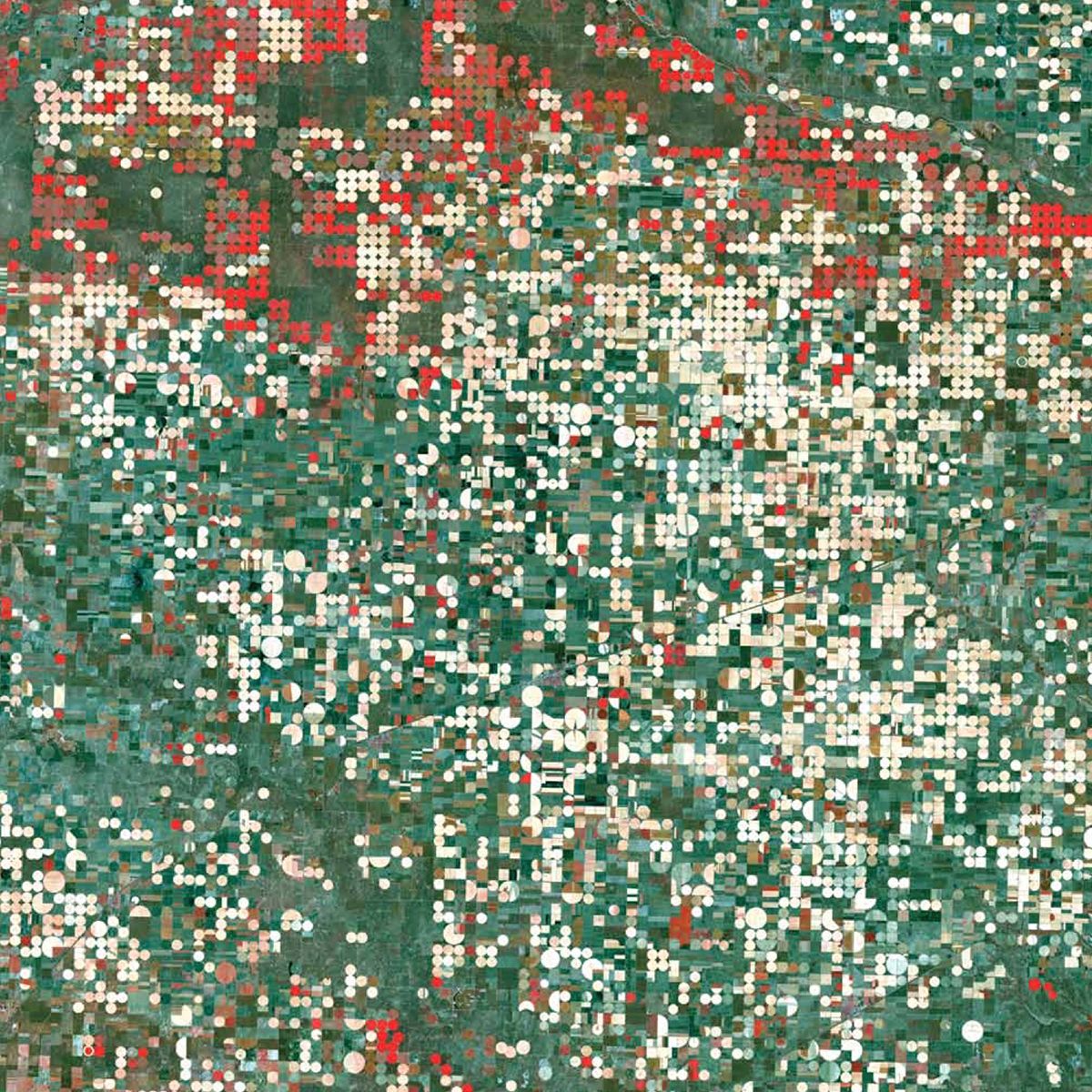 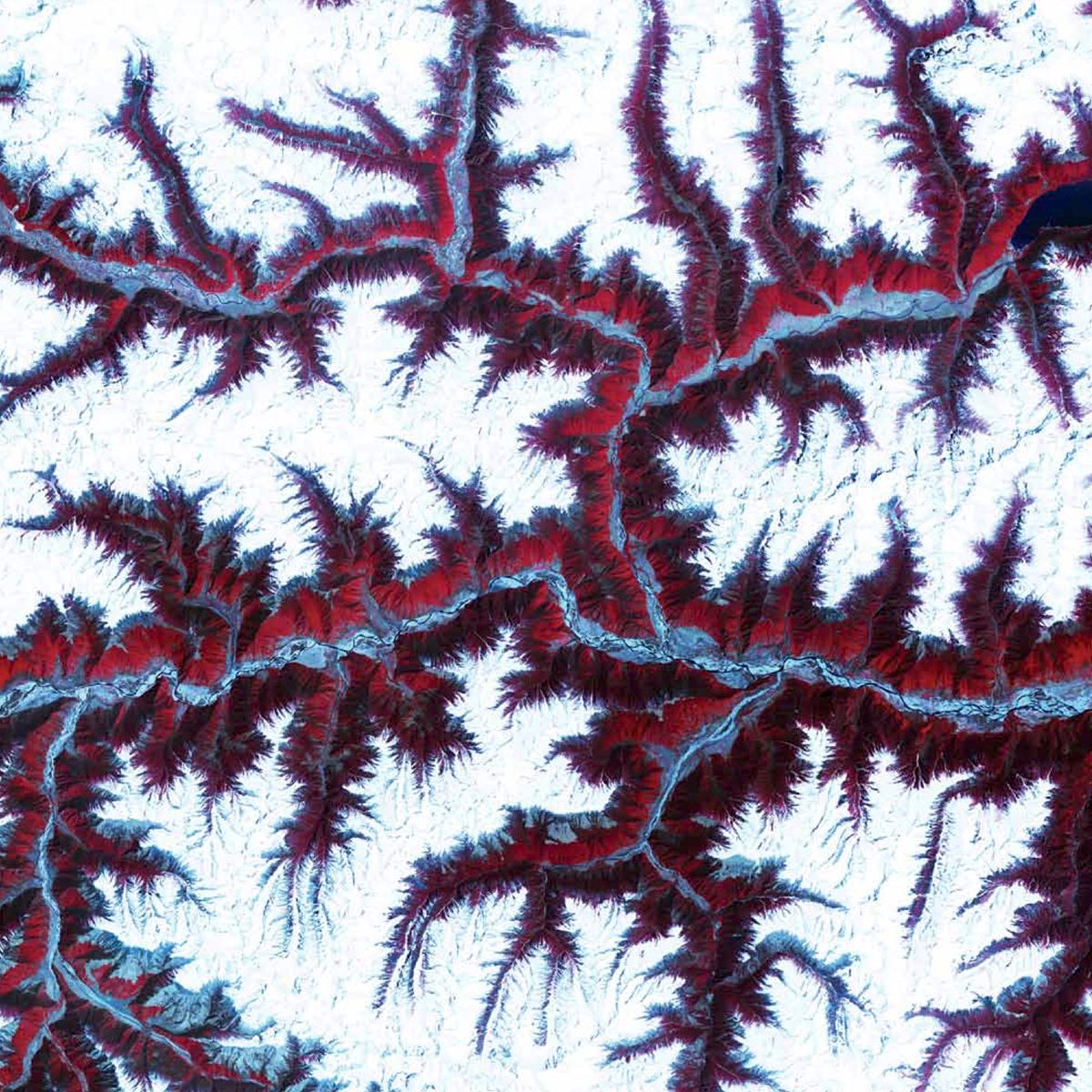 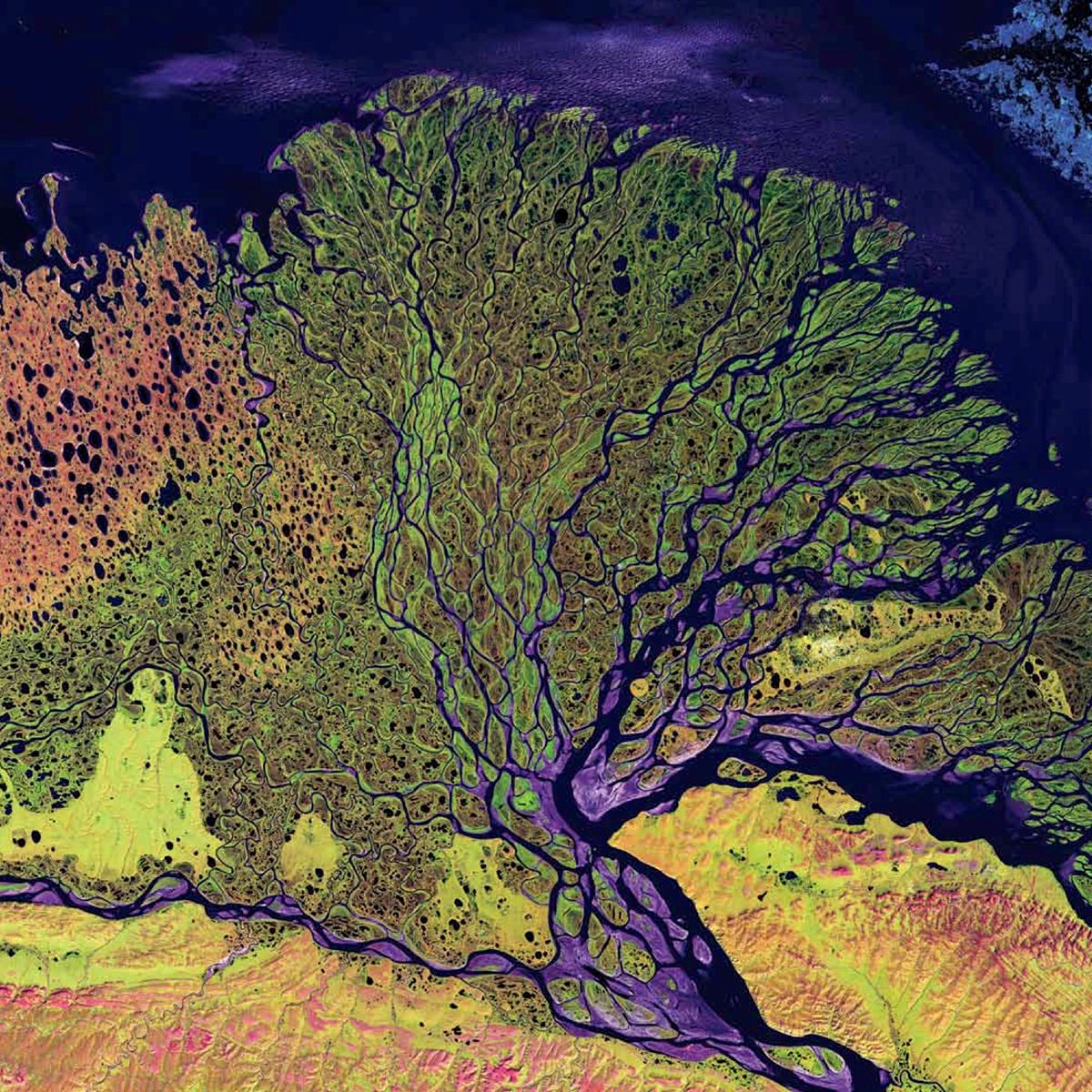 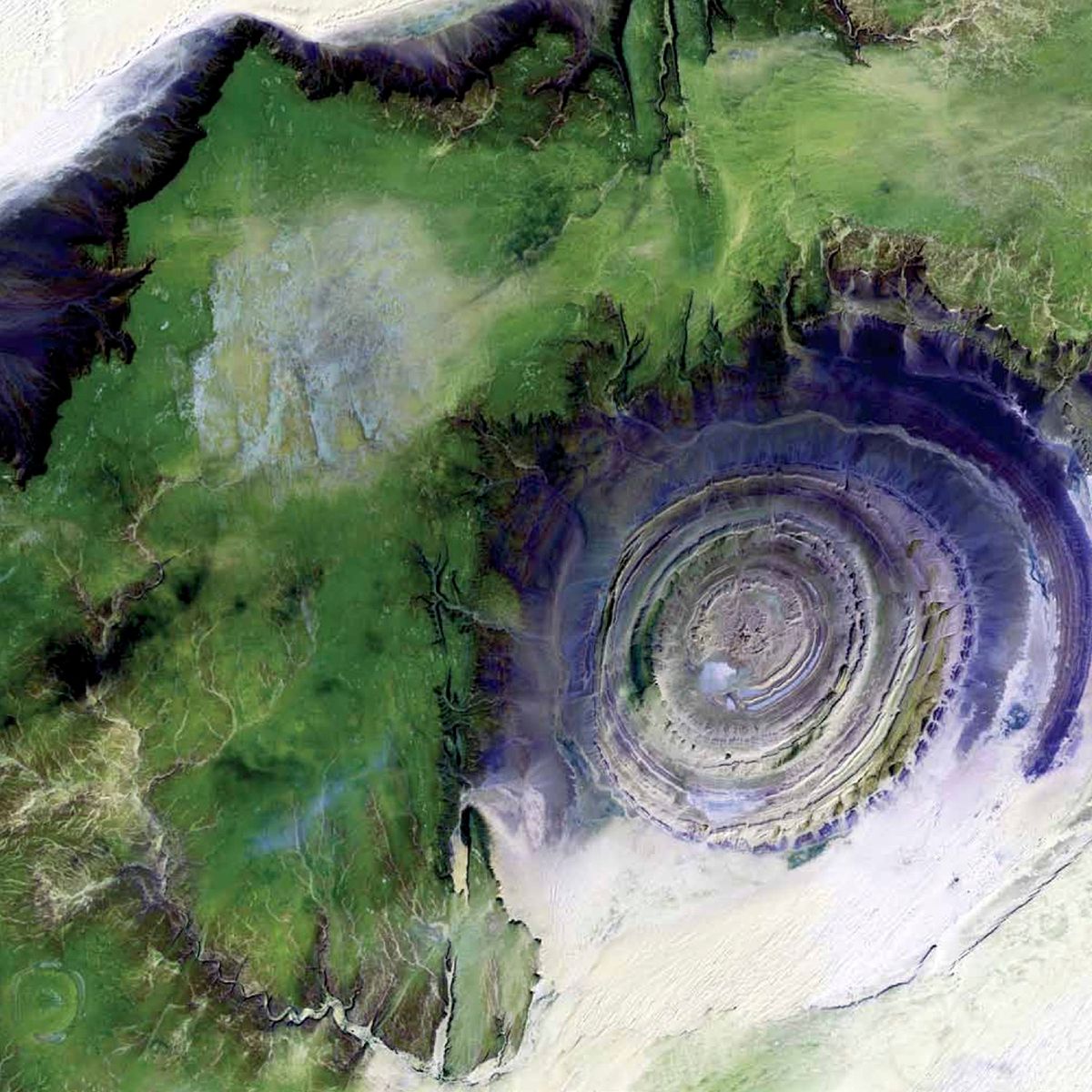 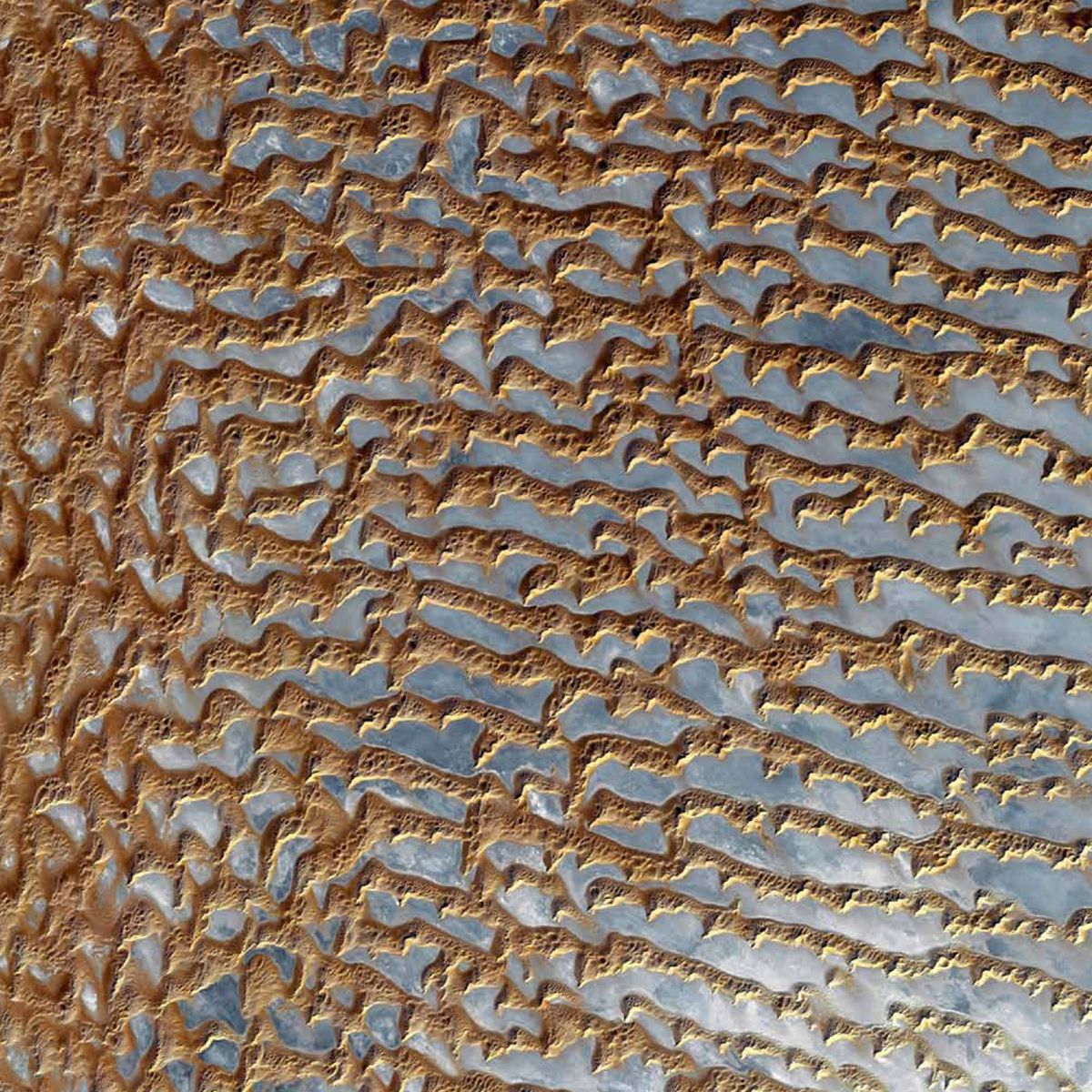 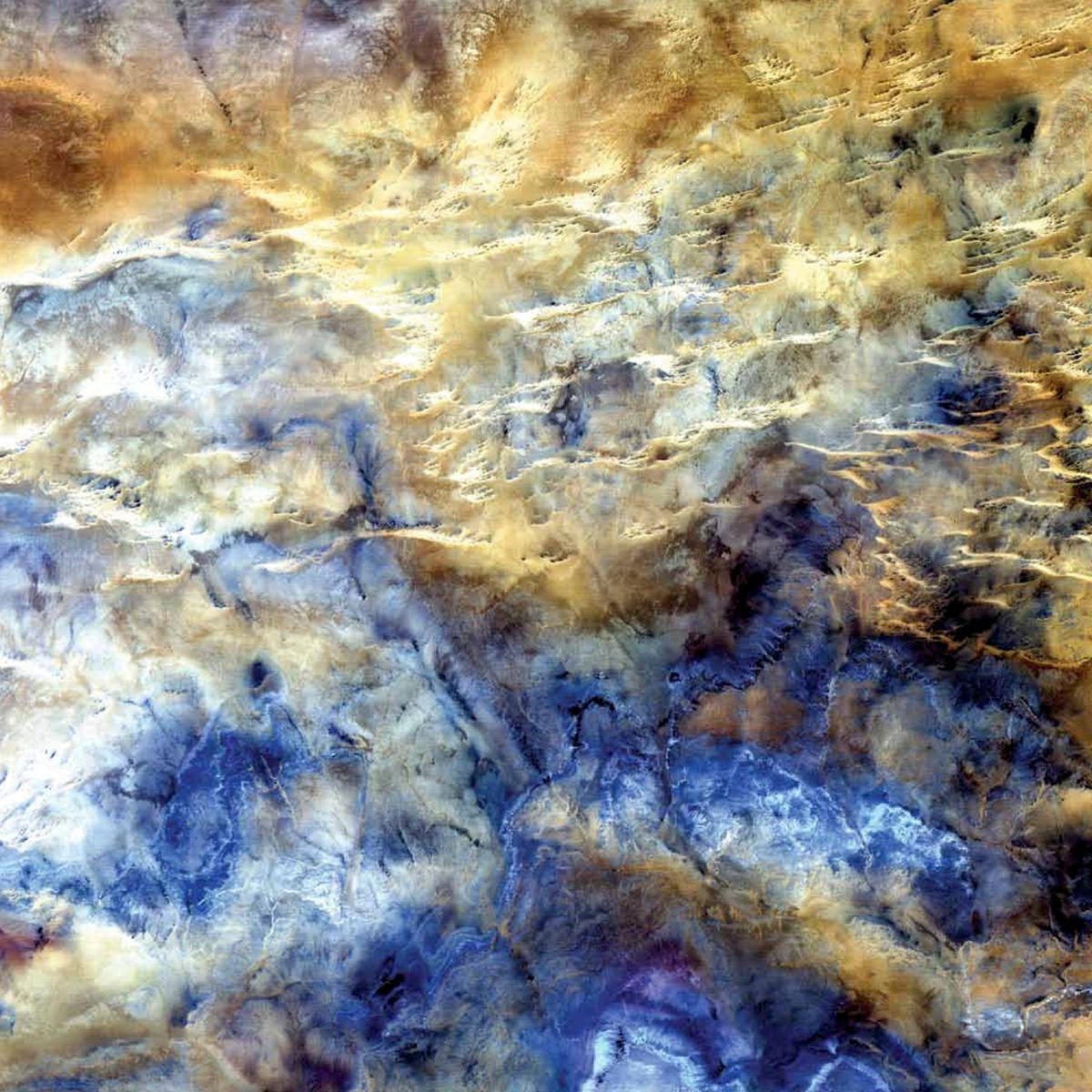 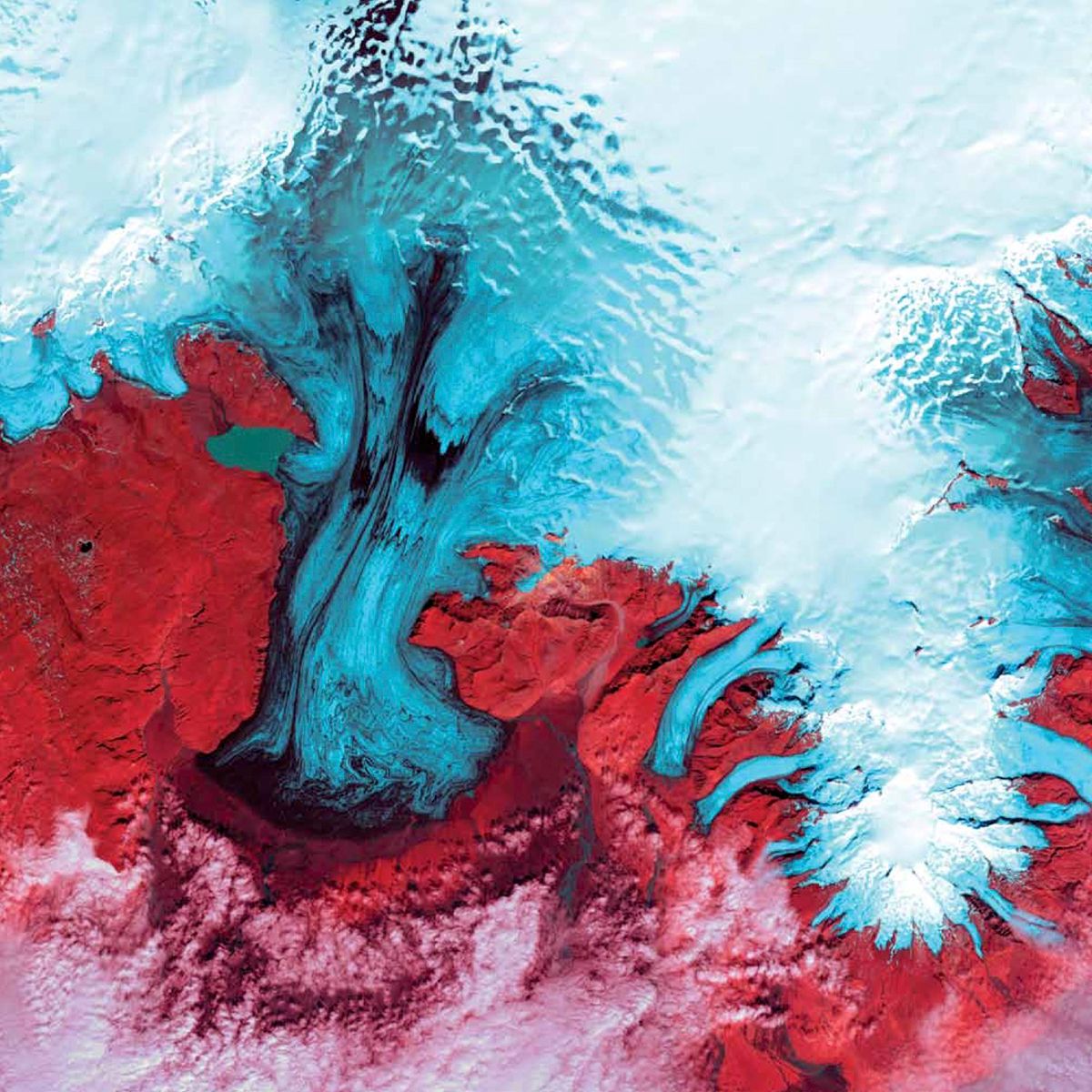 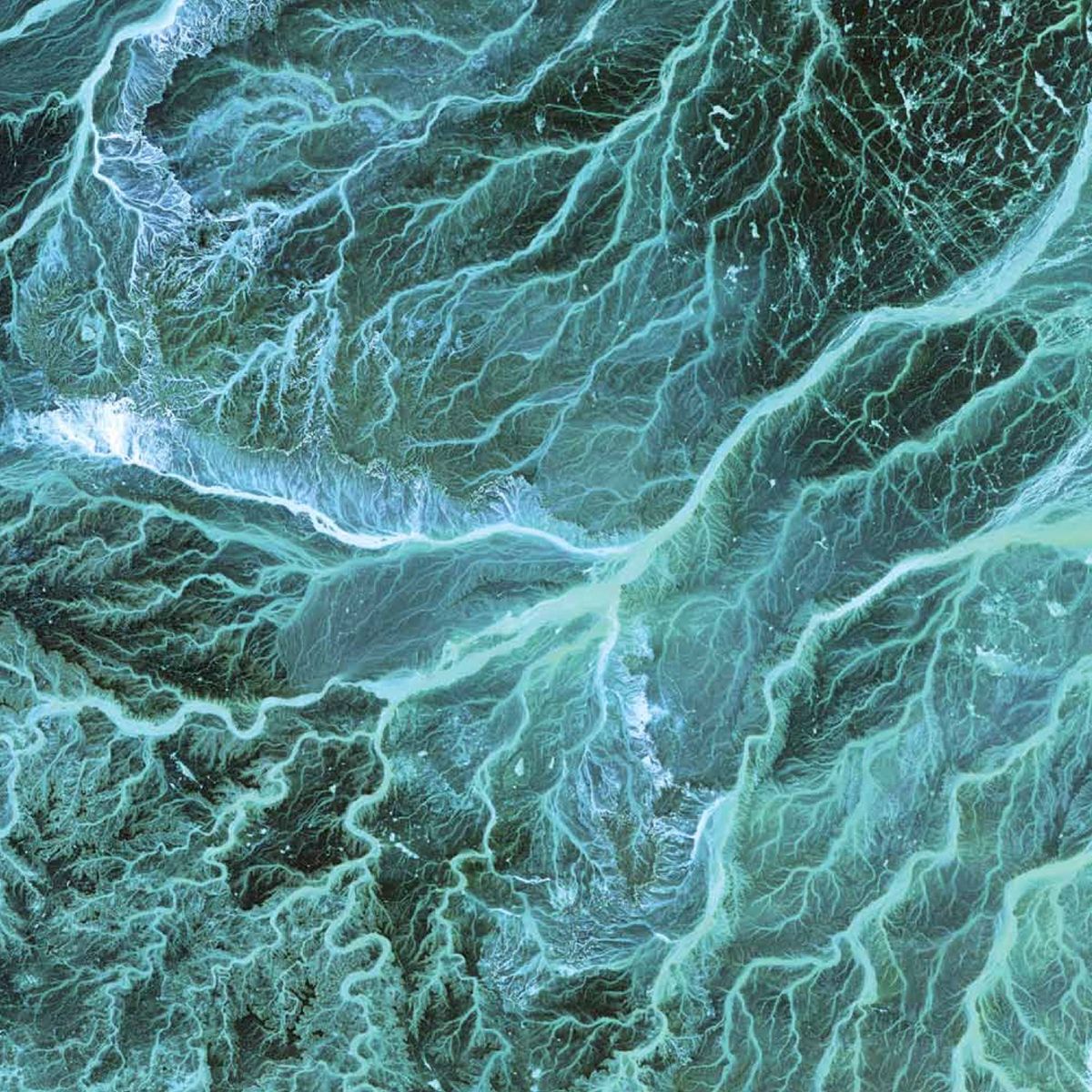 Thanks for reading!
Let me know what you think of these images in the comments below.
All feedback is welcome!

Your pencil drawing is absolutely stunning. I can see the texture of the paper showing through (rice paper, maybe?) and it's very beautiful accompanied with the subtle pencil stroke and mint-green color layered.
May I ask you what is the actual size of the artwork? Just curious :)
Thank you for sharing your amazing drawing again.

Thanks so much @carrotcake! I'm lucky to have access to a great japanese paper store here in LA, that's where I get all those beautiful textures. The size of the drawing paper is 12" x 12".

I think I'm going to be more interested in your writing. Want to see more than these short excerpts! Are you putting more of them up somewhere else? It's the perfect kind of morning read. And I loved '...because the less sense something makes the more understandable it becomes.'

Thanks for the support @manouche! As of now the stories only exist on my computer, but I'm working towards creating a full collection of short stories to hopefully be published one day. I'll only be sharing excerpts until I manage to complete the book. I'm glad to know you like the writing.