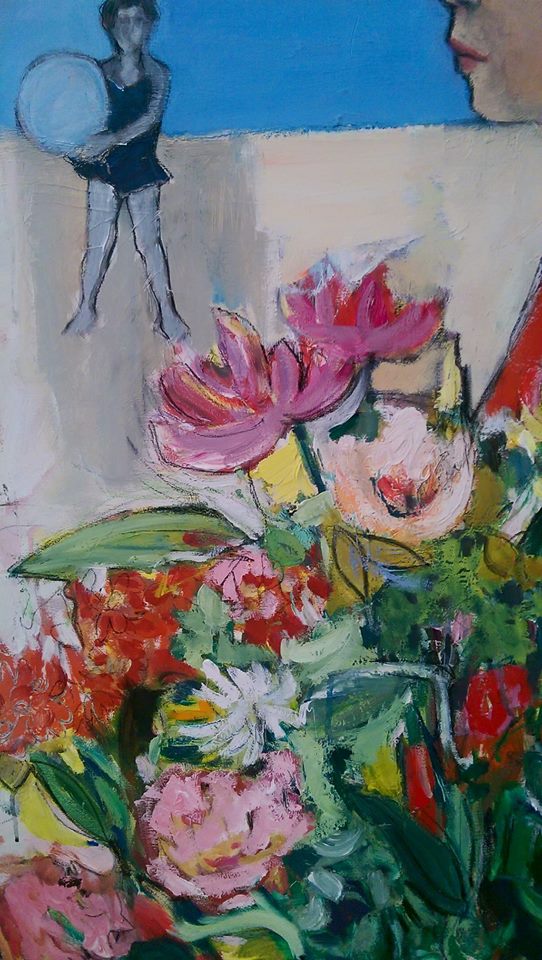 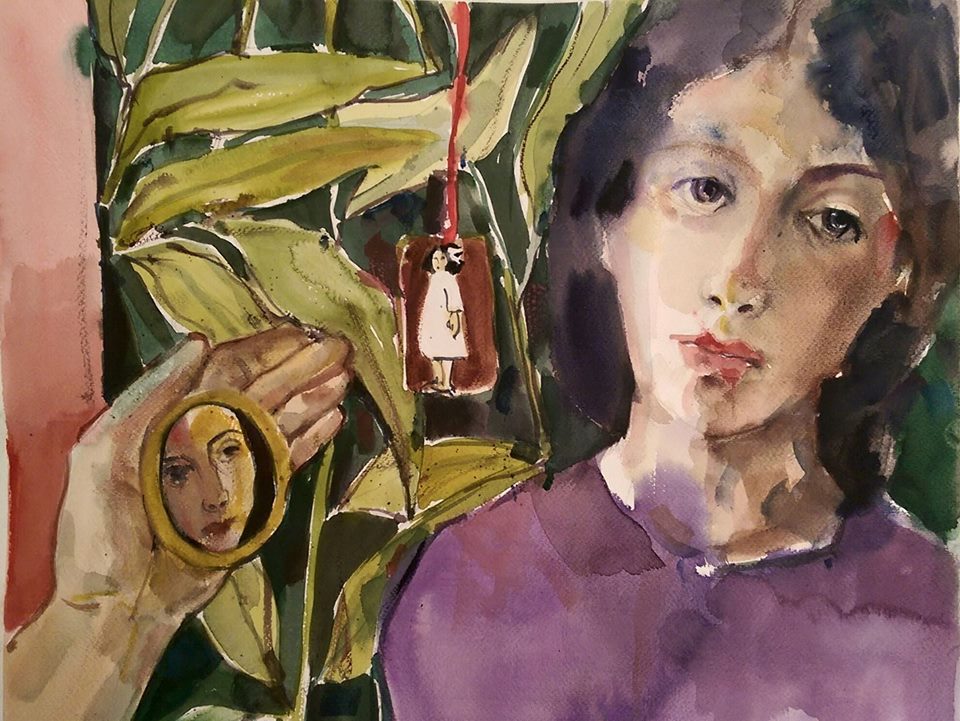 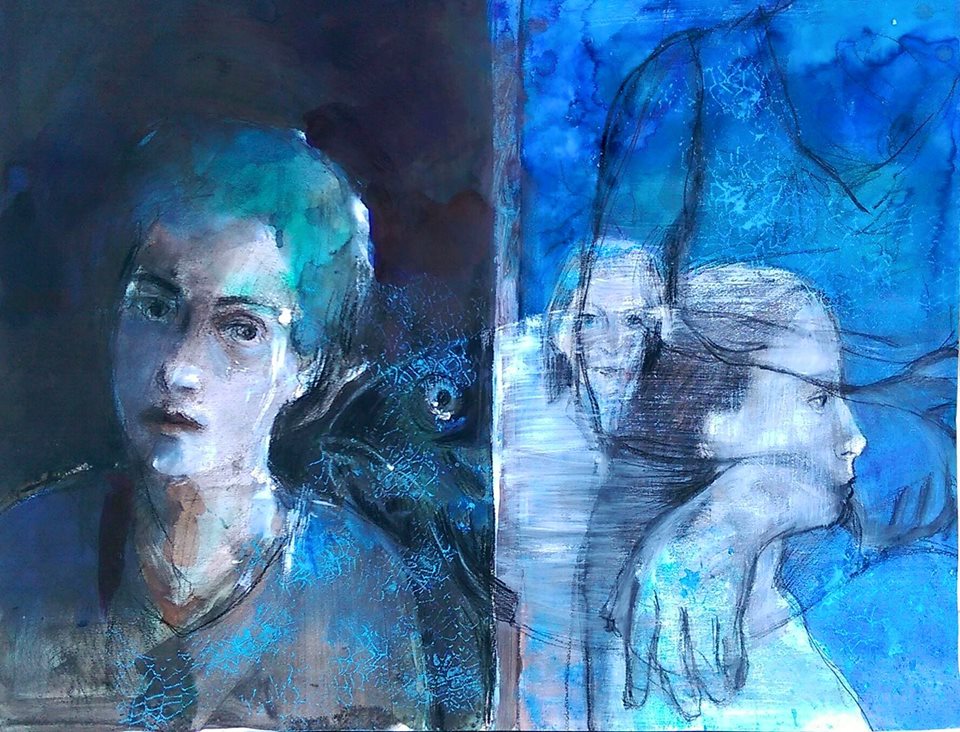 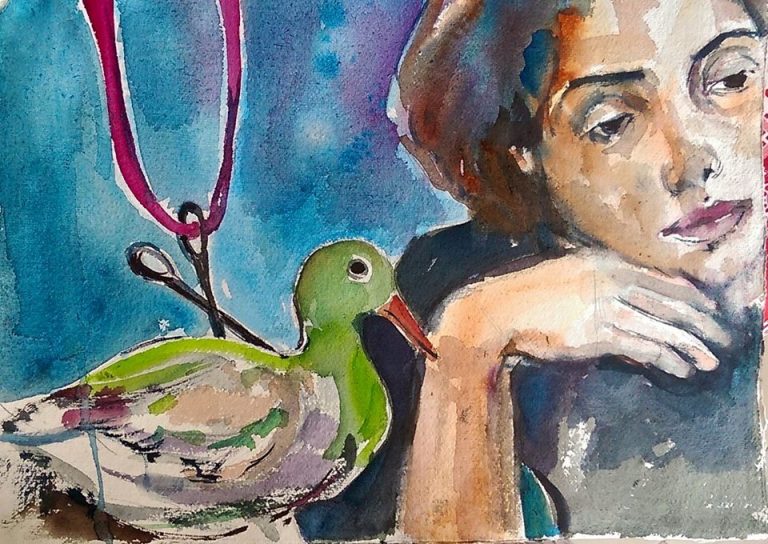 The female form is basic in my work because it serves in exploring various aspects of the female psyche. As artists often do, I too, tend to put down on paper or on canvas things which I am ‘’fighting’’ with, trying to make sense of what is happening around and inside me, so I suppose the female forms appearing in my work sometimes represent me. How the female deals with life, her view of the world presents endless opportunities to develop subject matter as well as the body itself which is a battle ground and a temple at the same time.

The human figure and colour have been my main interests throughout my work. Inspiration can come from anywhere and ideas brew internally and usually surface unexpectadly. The work of Cezanne, Matisse and American expressionism have influenced me from early on.

Fotini Hamideli was born in Greece and studied art in the U.S. She is involved in teaching art lessons and collaborates with the Central Public Library of the city of Veria, organizing various events, lectures and art programs directed to children. She does graphic work designing posters, brochures and magazines and has written articles on art. Her artwork has been published in several art publications. In Greece she first exhibited in “Diagonios”, a gallery in Thessalonici, directed by Dinos Christianopoulos, a famous Greek Poet. Fotini Hamideli has been showing her work since 1978, participating in over 90 group shows in Greece,Germany,Italy,Spain and several other countries.She has had fourteen one woman shows.

Absolutely I have seen before you always try to show others female psyche from your arts. But lot meaningful art you drawing every-time. Appreciated.
Why you select always "human figure" to your arts.

These are hand-made watercolours...

Good post and great, this is a good picture and have meaning of each picture. thank you for sharing my likes with what you share for us all.

Exceptional, the picture is good and alive. Every picture is like its own meaning, I like to see it and hopefully you will give better for us all.

concerned in teaching artwork lessons and collaborates with the significant Public Library of the metropolis of Veria, organizing various occasions, lectures and artwork applications directed to kids. Fotini Hamideli has been showing her work on account that 1978, participating in over 90 group suggests in Greece,Germany,Italy,Spain and numerous other countries.you had fourteen one woman sPerfect painting collections. it's absolutely beautiful me.
Up-Voted

It's a beautiful draw painting.Actually i think this painting are hand made.

Great Art!!!
I think the face expressions are great make us fell involved!!
thanks for sharing Upvoted!

Awesome paintings these are so good to see them :)

i could admire this whole day wow

amazing art never seen this before thanks for telling about this

Bingo that's the best art of the season

this is a treat to watch such a delight

looking astonishing fabulous kind of art this is

wow so beautiful art this is awesome to see