I did not get a chance to work on the horse much lately as I am prepping Mechateuthis for the San Mateo Maker Faire, so today I have part 3 of the Helicopter Dragonfly build series for your amusement. This segment will cover the construction of the head and the outer shell of the body.

A cardboard outline can be very helpful when visualizing where things need to be. It is nice because I can cut away the cardboard as I create real parts to replace it, and can keep using what is left as a guide. I used a round stock frame with hammered steel skin tacked in place. 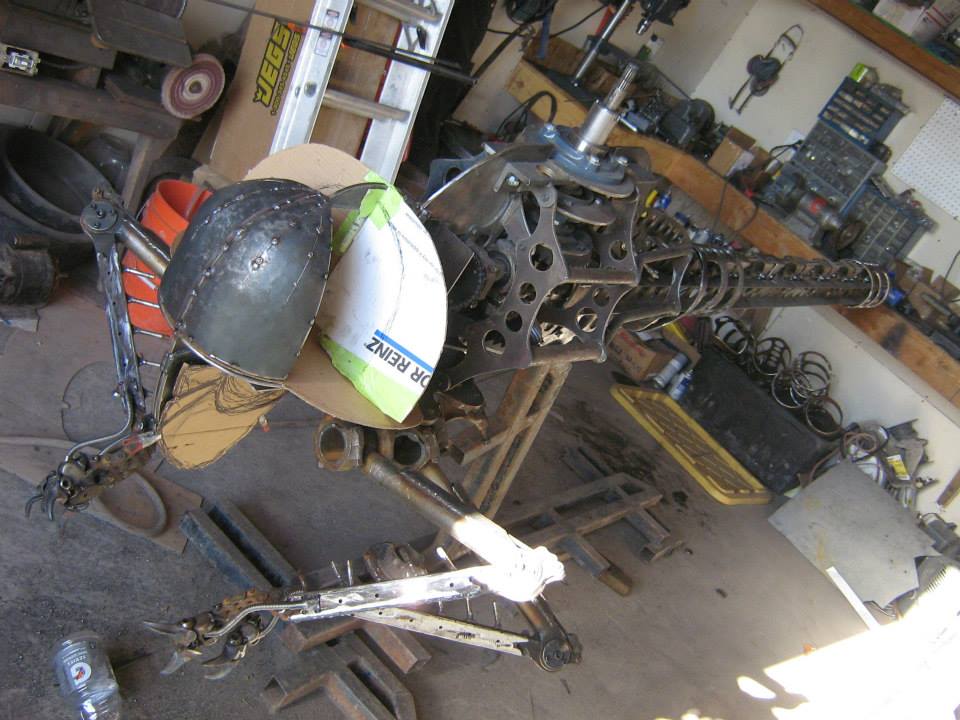 Without skin on the lower frame the face looked a lot like a football helmet. The head was originally where the battery that powers the lights was stored for Burning Man. I had to swap it out for a fully charged one every day, So I made the head pretty easy to open. These days the head contains the motor and electronics for the electric drive system. Also notice the hinges and framework for the mouth. 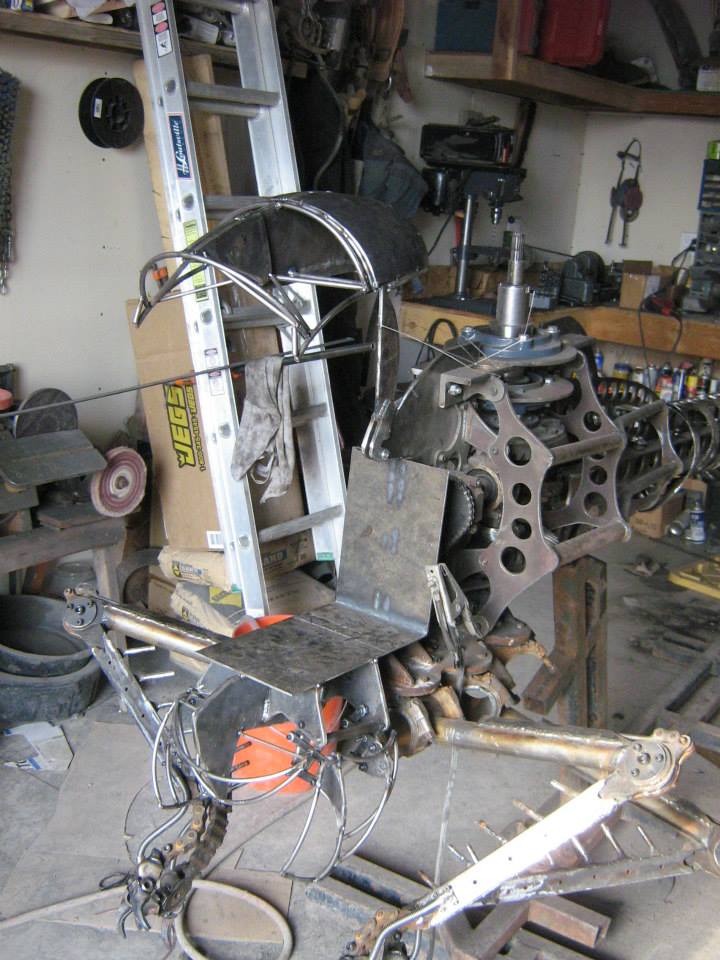 Here is a much better view of the mouth hinge system. The skin changes the look a lot, of course. 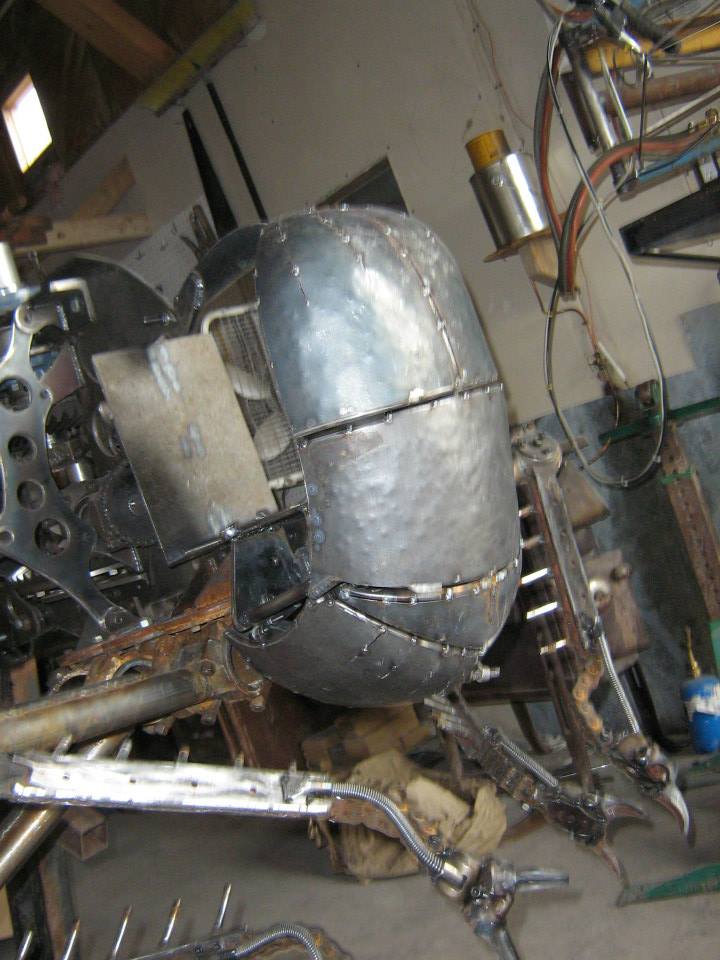 Especially after welding and sanding. 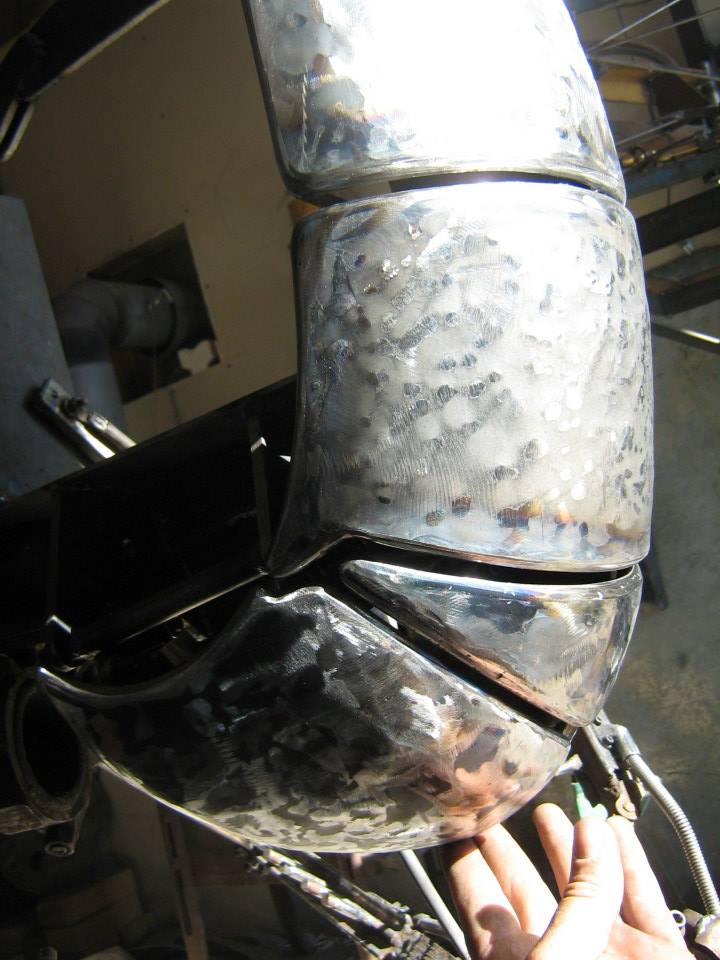 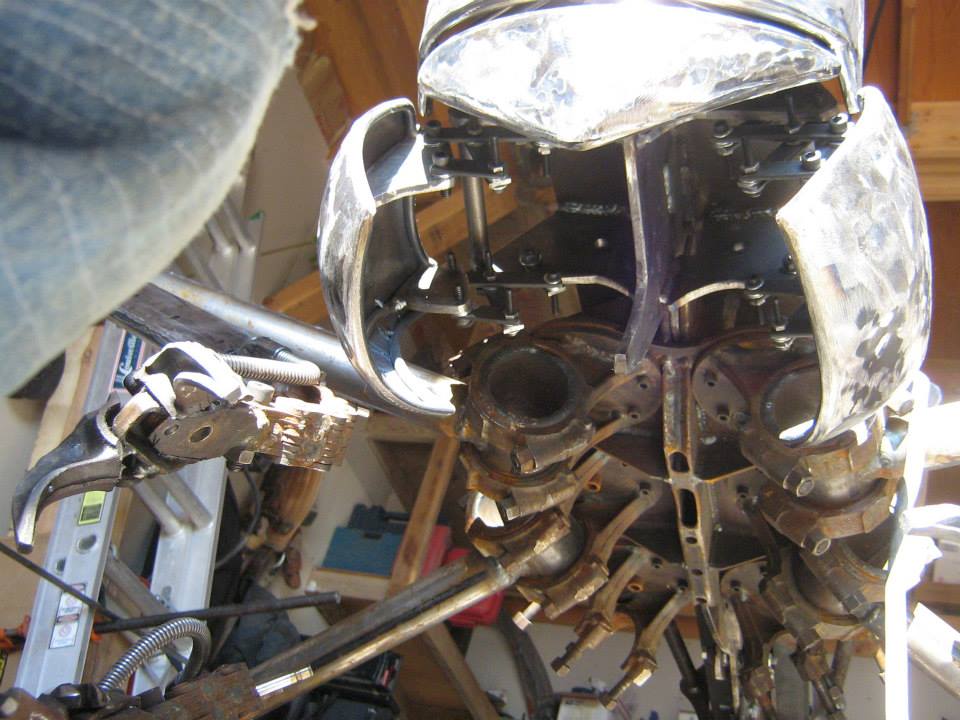 The eyes were a difficult project. I originally wanted to do a hammered mesh for the eyes, but I opted for constructing them piece by piece out of round stock so they would come out more even. I went through three stages of adding rods until the mesh was thick enough. 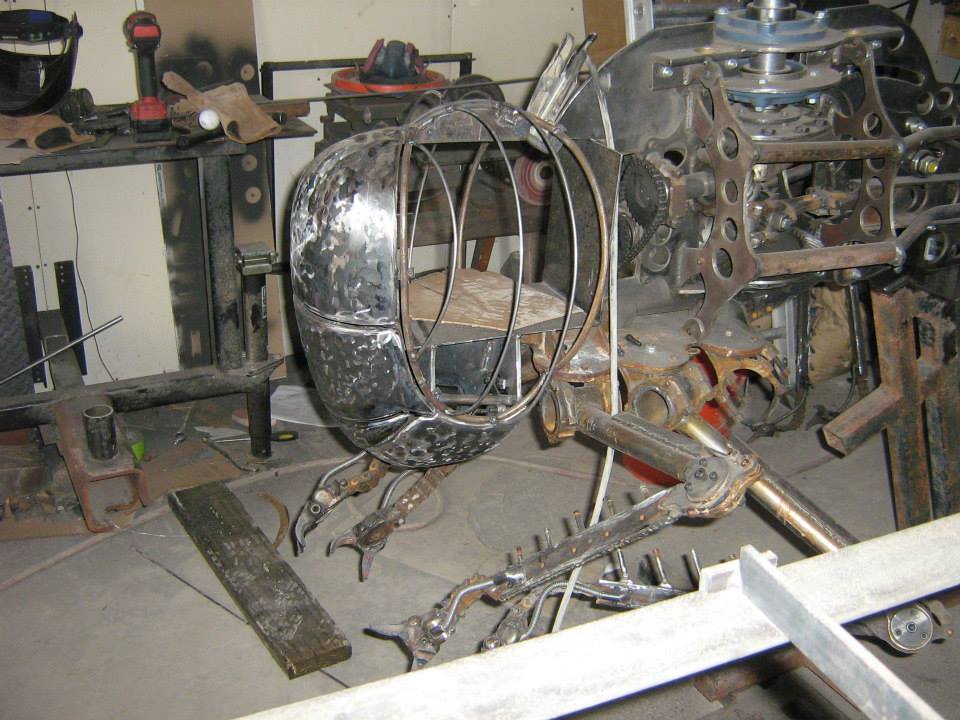 Adding a rounded part in the center of the eye made the eyes appear to follow when you moved around the piece, much like a real dragonfly's eyes appear to do because of the way their compound eyes' lenses work. 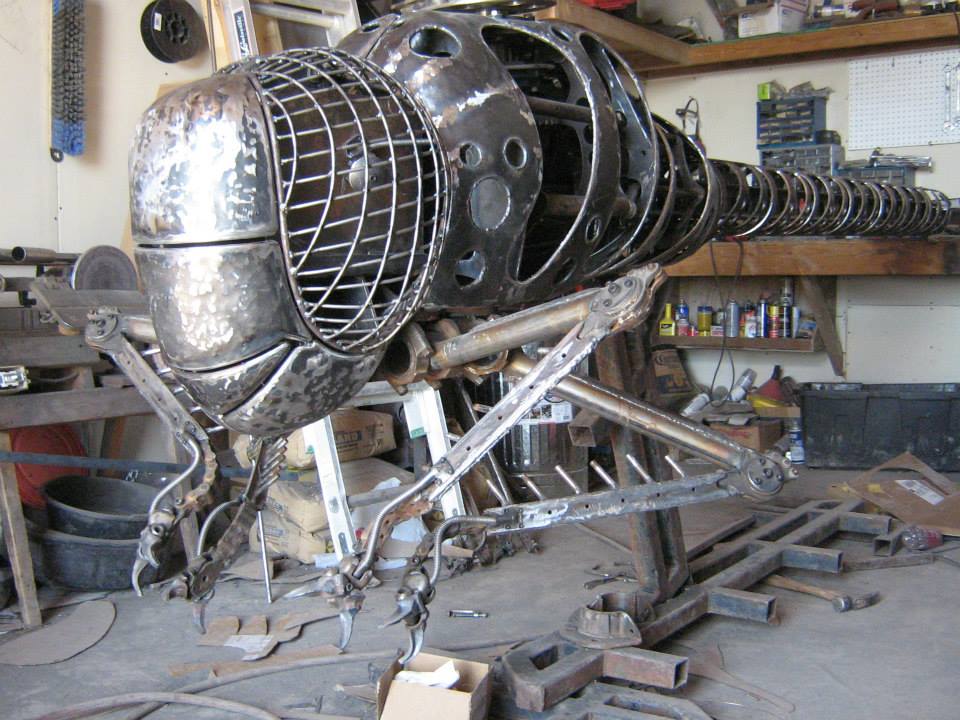 The body shell was constructed in much the same manner as the face. I used a frame of round stock and some plate, and then added a thin sheetmetal skin. After using a hole saw to add some holes to the body plates, I made rings of round stock to give the plate a thicker appearance and welded them on. 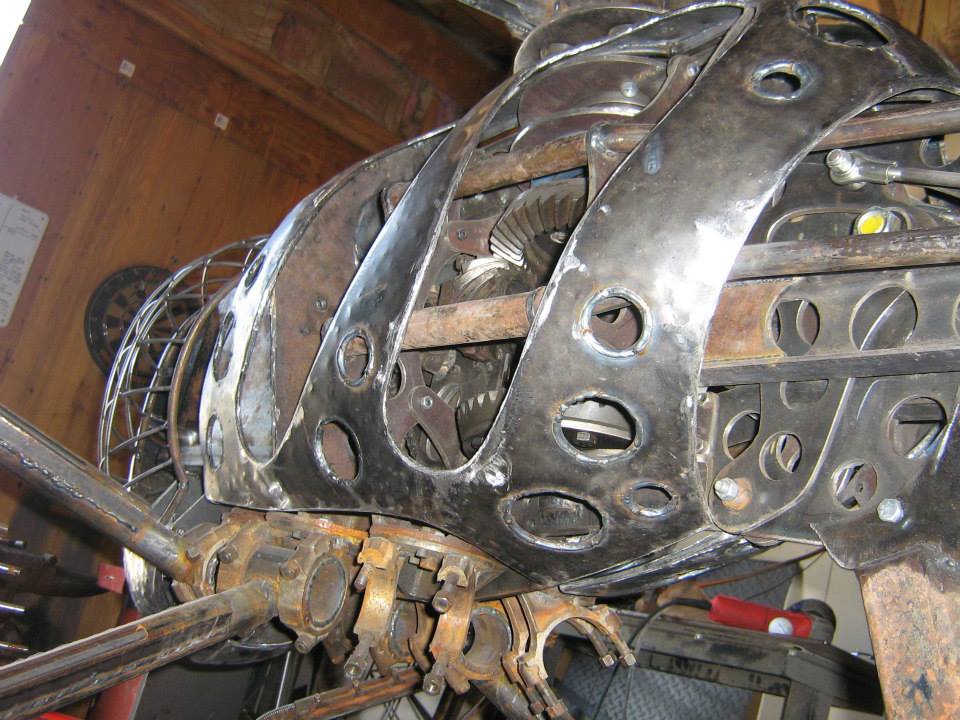 That about covers the building of the Dragonfly. I hope you have enjoyed this look behind the scenes. The other parts to this series can be found here: 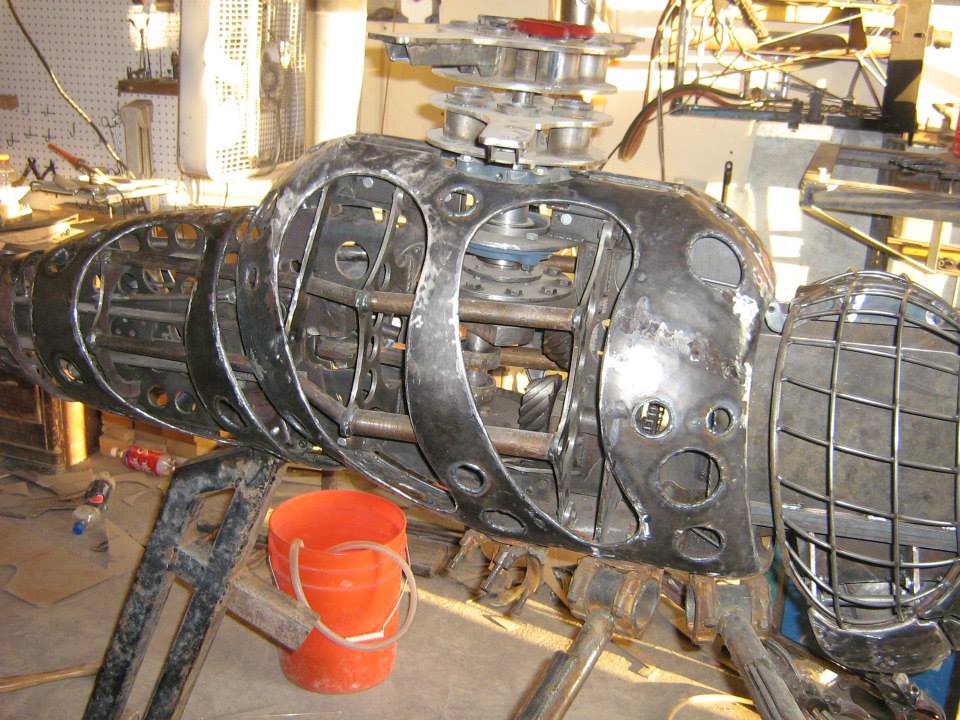 Hello @captainyeeha, thank you for sharing this creative work! We just stopped by to say that you've been upvoted by the @creativecrypto magazine. The Creative Crypto is all about art on the blockchain and learning from creatives like you. Looking forward to crossing paths again soon. Steem on!

I love it. Nice little Dragonfly. And it is metal so double nice. This is an impressive sculpture. I really have to keep an eye on your work.
Have a great time and allot of paying customers!