In June 1990, J.K. Rowling was sitting on a train from Manchester to London when an idea popped in to her head. Over the next five years she began to plan out the seven books of the Harry Potter series. The first book, Harry Potter and the Philosopher's Stone, was eventually published by Bloomsbury Publishing in 1997. the book quickly proved hugely popular and went on to change J.K. Rowling's life and children's book publishing forever. 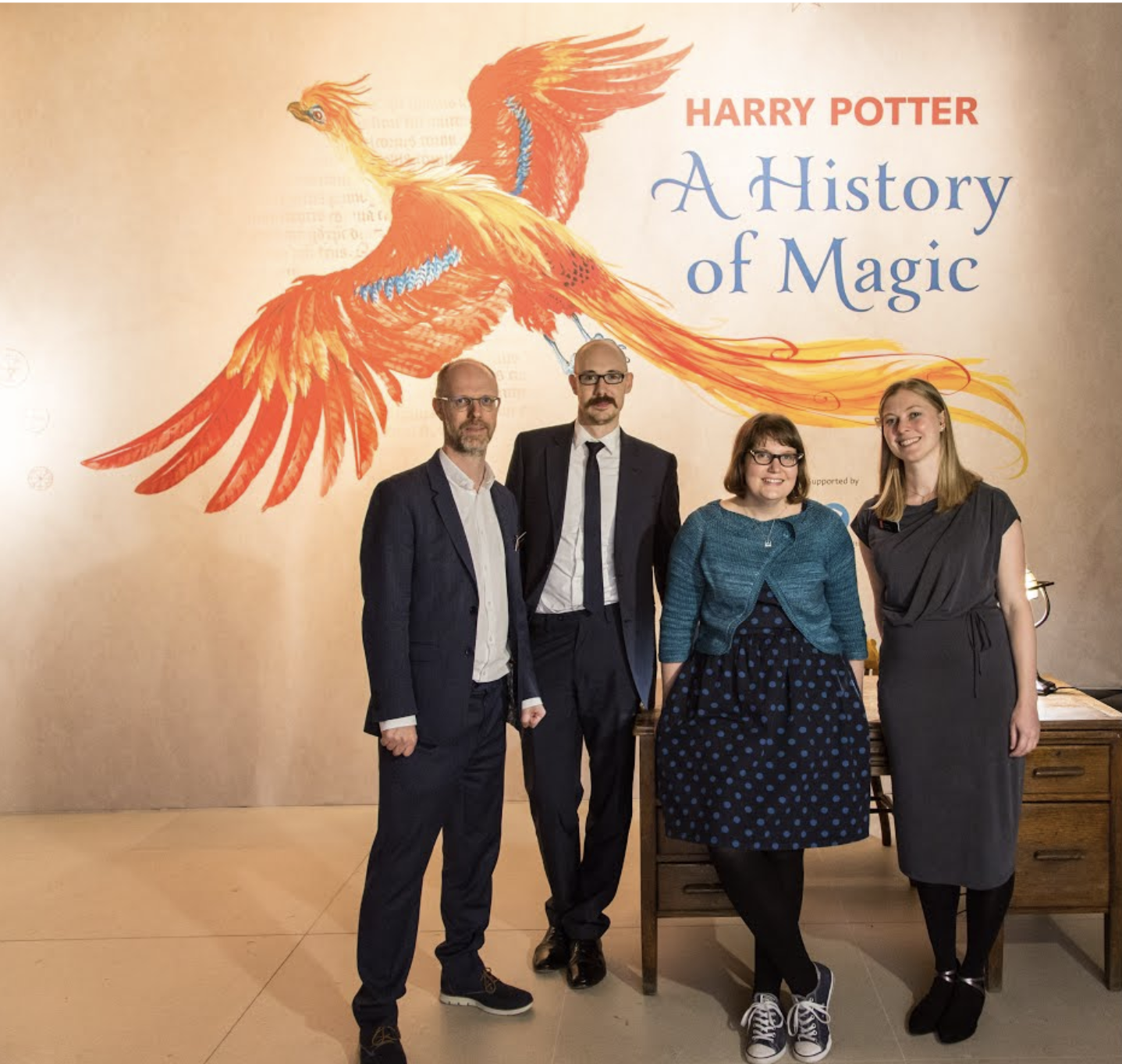 The Synopsis
This is the original synopsis of the first Harry Potter book. It was typed, on her old typewriter, by J.K. Rowling to accompany the opening chapters and circulated among prospective publishers. A copy was submitted to Bloomsbury Publishing and was a significant step in convincing them to offer J.K. Rowling her first contract. 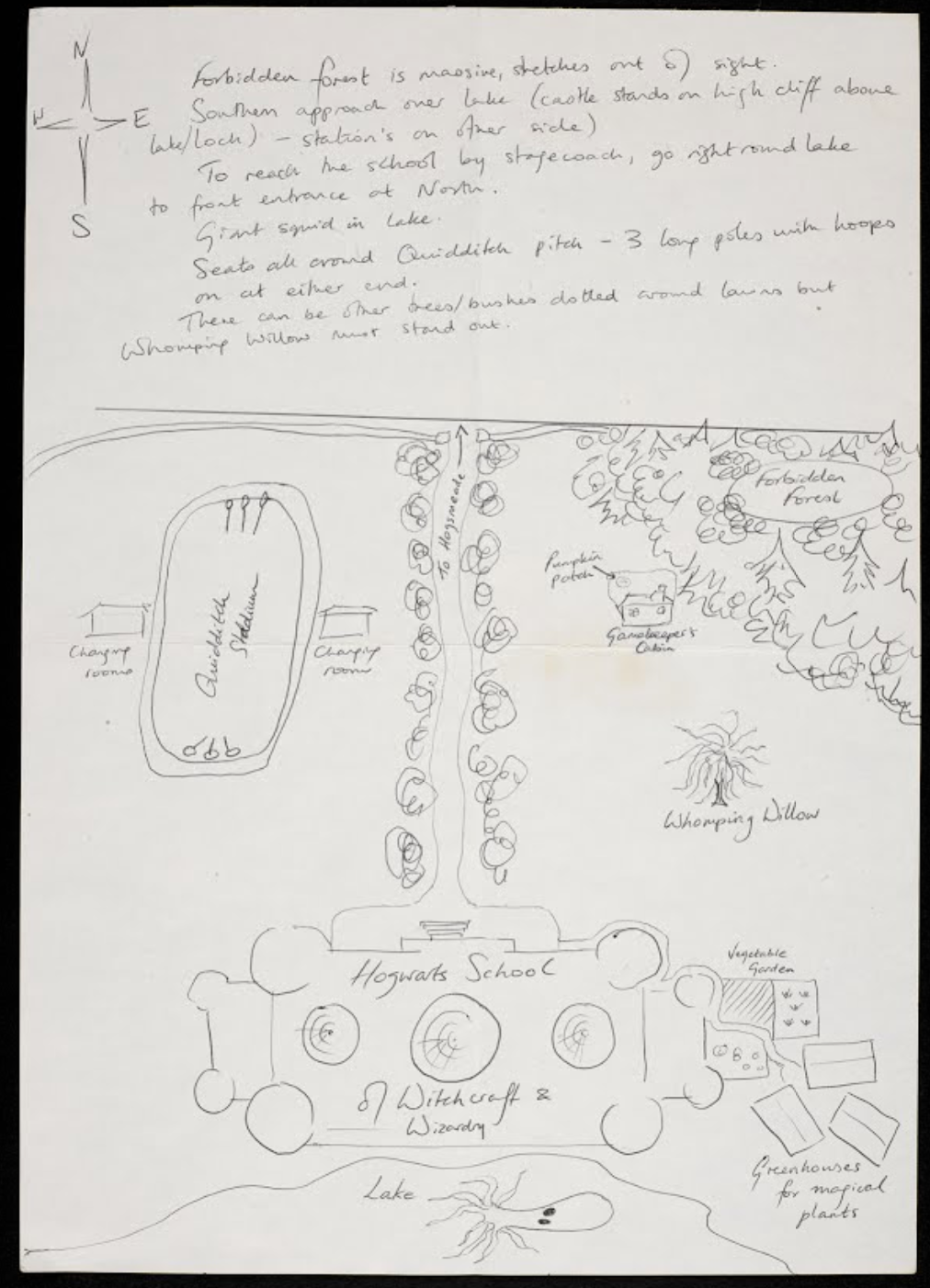 A Sketch of Hogwarts
This annotated sketch by J.K. Rowling shows the layout of Hogwarts School of Witchcraft and Wizardry, complete with the giant squid that lives in the lake. In an accompanying note to her editor, J.K. Rowling stated, ‘This is the layout as I’ve always imagined it’. The positioning of various buildings and trees are all integral to the storylines of the Harry Potter books. See how the author insists that the ‘Whomping Willow must stand out’.

Who teaches which subject?
In this handwritten note, made as she was writing The Philosopher’s Stone, J.K. Rowling listed the subjects taught at Hogwarts alongside the prospective names of their teachers.

An early version of the Professor of Astronomy’s name is recorded here as ‘Aurelia Sinistra’, later becoming ‘Aurora Sinistra’. J.K. Rowling often uses Latin words for her names and spells. ‘Sinistra’ (Latin for ‘left hand’) is also the name of a star in the constellation of Ophiuchus, better known as the Serpent Bearer. 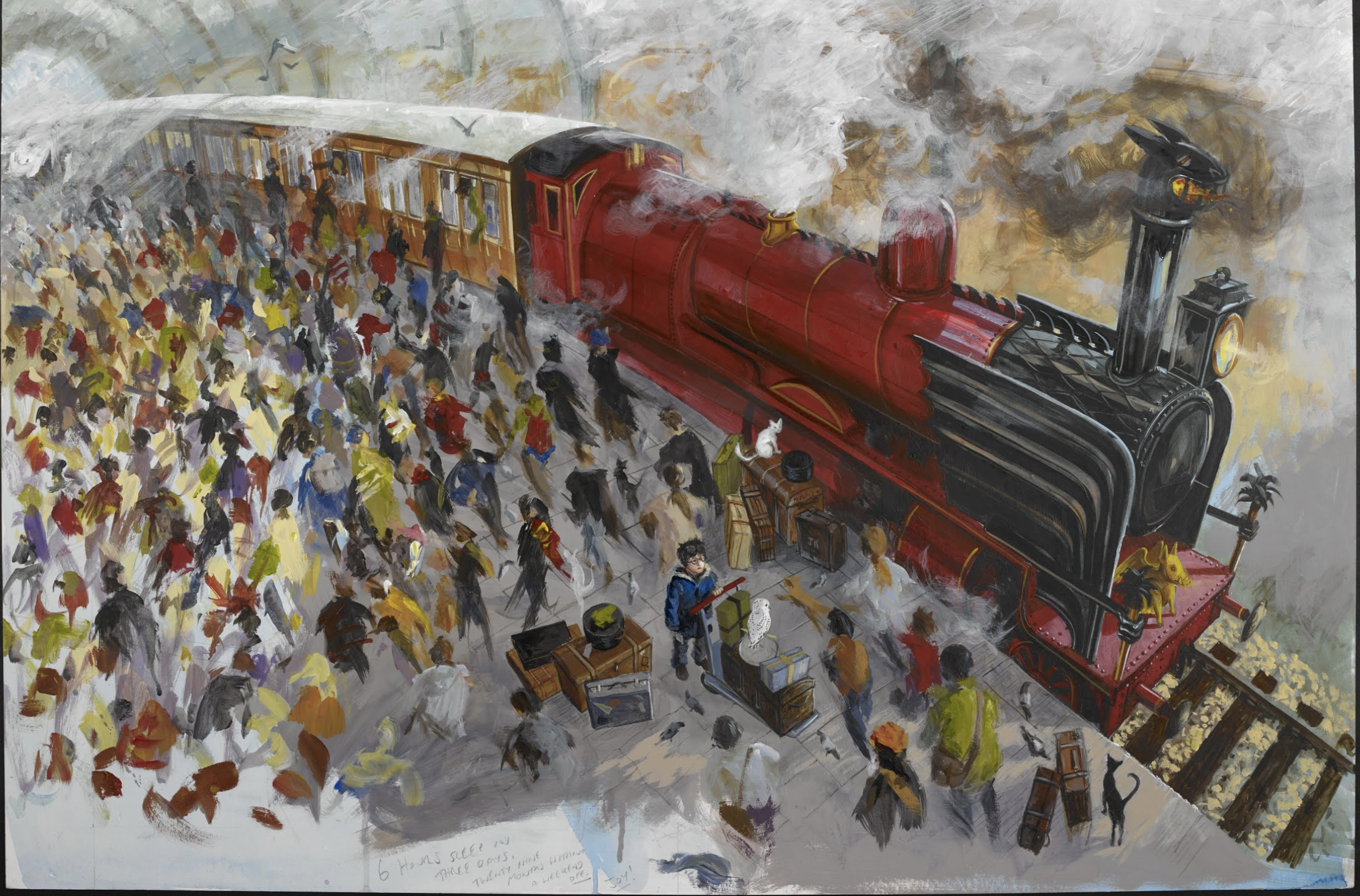 Platform Nine and Three Quarters
This painting by Jim Kay is a preliminary version of the artwork featured on the front cover of the illustrated Philosopher’s Stone.

It shows the busy Platform Nine and Three-Quarters at King’s Cross as the students — among them Harry Potter with his snowy owl, Hedwig — prepare to board the Hogwarts Express. This journey marked Harry’s transition to the world of magic and away from the Muggle realm of the Dursleys. The Man with Two Faces

This original draft of chapter 17 of The Philosopher’s Stone shows J.K. Rowling’s writing in biro, on unlined paper. The text contains a handful of small deletions, but much of the dialogue remains the same as in the published text. 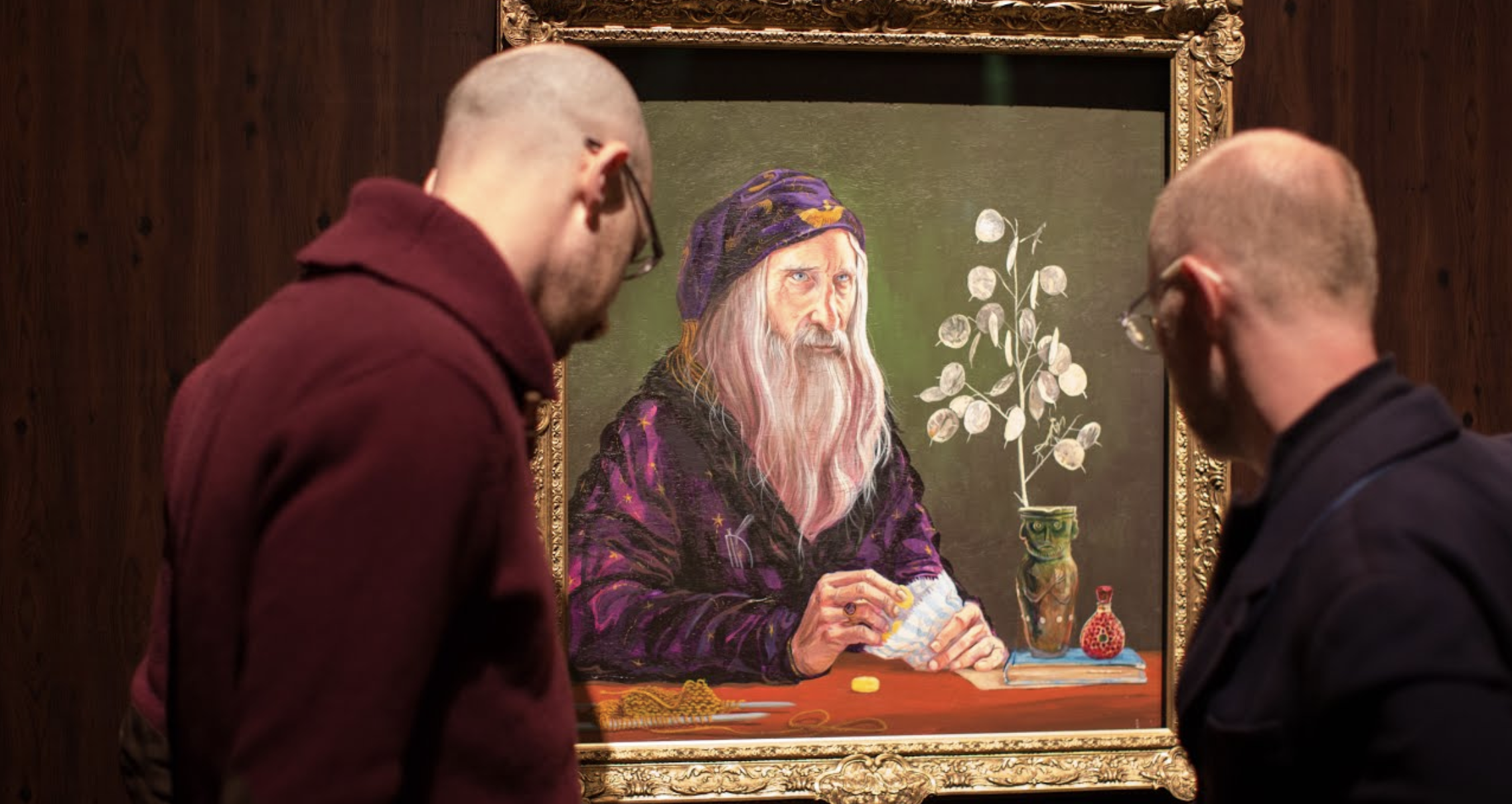 Some lines were cut during the editorial process. These include Harry’s defiant statement, ‘You haven’t got the stone yet … Dumbledore will be here soon. He’ll stop you.’