(Circa 1916)
He was the very model of a modern Major General,
An example to us all really quite perennial.
He wore many ribbons of medals most esteemed,
His political masters, upon him, positively beamed.
He worked long and hard at Military Headquarters,
He had a fine family with many sons and daughters.
Exemplary, he was, in the intricacies of fine fashion,
Marching and Parades, for his troops, were his passion.
His orderly kept his uniform immaculately spic and span,
His soldierly look made him just the very man,
To lead his army into the hungry jaws of war,
But only from the rear, real battle he never saw.
His grandfather had fought Zulu wars,
Racking up incredible Zulu dead scores.
His father had eagerly gone to fight the Boers,
He had pictures of him in action in his writing desk drawers.

In 1916 the war took him over to France,
To a battle, from the rear guard, he readily did advance.
But then he saw the trenches, the mud and the stench,
And so he retreated to his headquarters, and his little wench.
Who he did adore, his family still at home.
In the Headquarters building he would stay, never more to roam.
His subaltern kept him informed as to how battles were going,
Always with a positive spin as he was well knowing.
That the Major General would become agitated quite fast.
If the battle report did not contain details of every blast,
That the cannon made to give support to the trenches,
The troopers within, standing very high on benches
Ready, at a whistle, to “go over the top”,
Charging into machine guns, seems they’d never stop.
The soldiers, with great difficulty, did indeed advance,
Only, the very next day, to retreat if there was a chance.
Valour they did display, on a daily basis,
While pilots, in the air, soon became Aces.

Now the Major General, of his subaltern did enquire,
“Have you got the map?” Through this mud and mire.
His subaltern misheard and to barracks did return,
For he thought the Major General had instructed him, with concern,
“To get them up” meaning the platoon.
Who would be snoring now, in the light of the moon.

What now, about the modern Major General?
(A hundred years later, it is now the centennial).
At his Chateau based headquarters he burnt the midnight oil,
Working on plans, Teutonic enemy to foil.
Pausing for sumptuous dinner which, of course, included champagne,
Drawing up ever more plans for his great campaign.

A Colonel of the King’s Dragoons had returned from the front,
Outlining the absurdity of this daily stunt,
Of leaving the relative safety of the trench line,
To charge, with futility, machine guns, stupid he did opine.
The Major General did correct him, not at all amused,
“For King and Country we should never be confused”.
“If the troops do fear, going over the top”,
“To such cowardly behaviour we must really say Stop!”
“If they have a fear in battle, that they will be shot”,
“They’ll be considered as deserters, yes they’ve lost the plot”.
“They will then be court-martialled, in a little trice”,
“And the consequences of that will not be very nice”.

The Major General’s batman now brought a whiskey soda,
He had been polishing the General’s brass, and so he had an odor.
Drinking his whiskey, the General now did tell,
His batman, and his subaltern, “yes, war is Hell!”
It was now time for dinner, what did the General get?
Caviar, Quiche Lorraine and Crepe Suzette.
Now what about the Diggers, before going over the top?
A mug of stagnant water and a Bully beef slop!
He was the very model of the modern Major General,
Commanding all he saw, both animal and mineral. 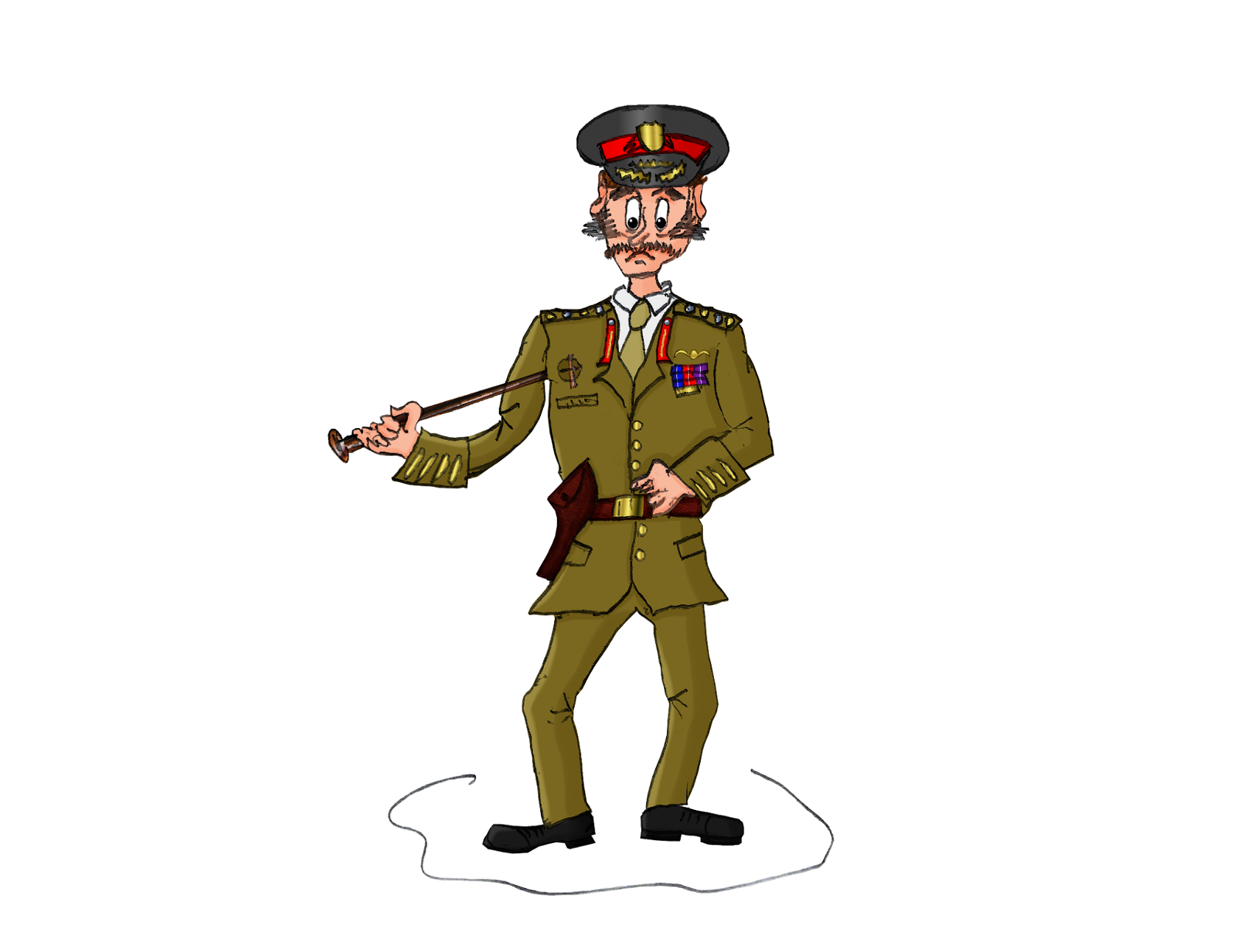 In the Headquarters building he would stay, never more to roam.
The Major General indeed without practical war experience, more rampant these days!

nice tale. Thanks for sharing.

A model of a modern Major General,
The intricacies of fine fashion,
Marching and Parades,
But afraid to war in the battle field! Such are the likes we find in Africa today!
Interesting and real life experience, nice post

What a piece of work he was, living a life of luxery while all the others had stagnant water and Bully beef slop. Very well written.

This is a lot for a 100 year old man to bear
To carry regrets of a century old war
Now half in the deaths door he knows no fear
His fearlessness useless now in a time so far.

UpVoted!! .. Poetry and Art ..Great Work. We are also utilizing blockchain to help the homeless and mental health. Its amazing what we all can do now to help the world. https://steemit.com/nonprofit/@cryptokingz/oul9kxgd

I like your presentation first introducing majors good deeds and later introducing his challenges. Good one.

Amazing, Your modern Major General is really nice. I like your posts very well.
You always try to present something new that is not usually seen among others.
Thanks for great share.

what a respected attribute of a general, but how unfair that he has never been to a war.
nice tale once again @beastlybanter

That picture is really funny. Depicting an officer ready to put an end to crime committed. The rhymes of the poem is so bright that it convey the message well enough.