FACE THE PAIN OF THE CITY OF NAGASAKI UNFORGETTABLE 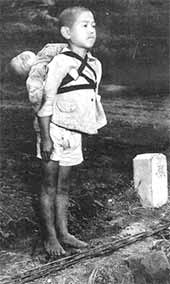 Do you know the story of a journalist who committed suicide after taking a picture of a child?
Soner Yalçın wrote ...

The photograph of the lifeless body of the Syrian little Aylan that journalist Nilufer Demir pulled in Bodrum caused the debate on news media. Some said, "The refugee drama is not a spectator game," and some said "the facts were necessary for the day to come out." It is known that a photograph is worth a thousand words. And 20 years ago, the world debated a similar child photo. The photo received the world's most prestigious Pulitzer Prize, but photographer Kevin Carter committed suicide. Here is the heartbreaking story of a photographer ...

He was born in Johannesburg, South Africa on September 13, 1960.

Her parents; Catholic and liberal.

He grew up in the middle class neighborhood where the whites are sitting.

He witnessed how blacks were subjected to oppression by the "racist white state".

He wanted to be a pharmacist. He decided he did not want to read and went to the military. He served for four years in the Air Force.

In 1980 a black waitress witnessed the waiter in favor of being tortured by soldiers in the bar.

While working on the radio named "David," he decided to become a journalist on 20 May 1983 after a bombed attack on Church Street that killed 19 people and wounded 217 people.

It was not what you expected; He started working as a sports photographer in the Johannesburg Star newspaper.

It was ambitious; photographs of the racist apartheid savagery except sports. This was the brutality of photo frames, causing debates about not being published.

He, however, argued that his photographs "frighten the horrors of the photographs, but the problem is always talked about".

This is the history that changed journalist Kevin Carter's life.

The UN officials began distributing corn in the center they had built near a village.

Kevin Carter is out of this center.

He moved away from the camp for about a kilometer, which would change his life

The little girl had collapsed when her child was coming to the camp, and there was a predatory bird / vulture waiting to die right behind her.

Kevin Carter walked about 10 meters to scare off the sick. And…

He pressed the shutter of the camera.

The photo was released in the New York Times.

The photo was published the next day in many parts of the world.

People went through the basics to ask the fate of the little girl in the photo.

Humanitarian aid to Sudan has exploded.

In April 1994, Pulitzer Prize, one of the world's most prestigious journalism awards, was awarded to Kevin Carter.

The award-winning photo has caused a great debate in the world. Kevin Carter had left the scene after taking the photo!

The girl's fate was unknown.

Some said that her mother who took the helping bag came and took the child.

Some said that the girl got up and walked to the camp.

The discussions never end. The target name was Kevin Carter. "I'm not a helper, I'm just a photographer, and I was warned that we should not touch anyone because of infectious diseases."

This unfortunate explanation raises the reaction.

Undoubtedly Eline would have done it without touching.

He could not bear the heavy words like "the violence paparazzi"; my mental health is deteriorated.

Kevin Carter drove his pickup to the Johannesburg suburb Parkmore. The children parked in the Training Center where they play.

He put a walkman on his ear. And ... he made suicide by giving his exotest where he was sitting.

Then he left the letter:

"I am really, really sorry. Life is a painful alimony ... ... joy for money rent ... without a phone ... ... money depressed no money pays override joy Debt ... money !!! ... I am the pursuit of murder and corpses and memories of anger and bitterness ... ... of irresponsible delinquents of killer executioners, children of the police, hungry, or injured. I went to join Ken if I was lucky. "

Ken, whom he found "lucky"; Ken Oosterbroek; he was a photojournalist and was murdered on April 18, 1994, when he was viewing a conflict. He was a member of the "Bang Bang Club" founded by journalists, including Kevin Carter ...

Music bands like Savatage and Manic Street Preachers made songs.

Author Masha Hamilton dedicates a book to him.

Today, Kevin Carter's picture is still being debated as "ethical, is not it?"

For Sudan, for whom the civil war is taking place; who is the country