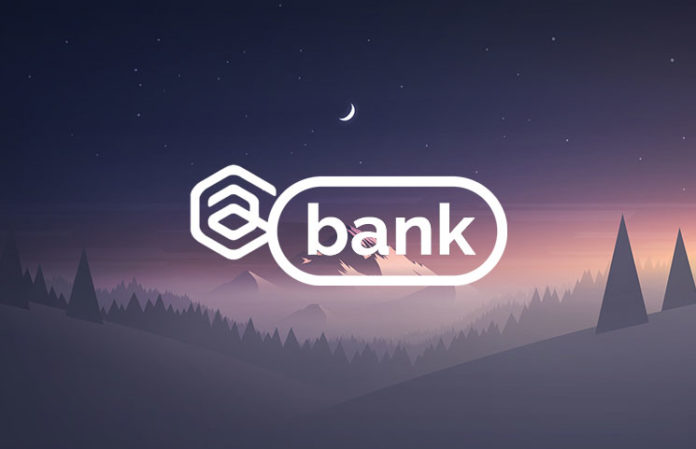 There's been a lot of FUD and controversy surrounding the Arise Bank project. Yesterday their headquarter was raided by the alphabet gang (FBI & SEC). This information was just now presented by Jared Rice Sr. (CEO of Arise Bank) on the podcast @bluerocktalk.

Those following the project have known something was up for the last couple of days, as Jared and fellow members of the team suddenly went silent on Telegram, and the homepage of Arise Bank went down. Some participants of the Arise Telegram chat were concerned the exit strategy of the "scam" had been set in motion (some dots, but no upholding evidence of this being a scam so far), while others held tight and hoped for the best.

According to Jared, the reason for the raid was that the SEC claim aCO (Arise Coin) is a security, not a utility, and thus have to comply with the corresponding regulations (which would in effect be a huge barrier to success, from what I understand). There is also an ongoing dispute about the use of the word "bank", which led Texas Department of Banking to issue a cease and desist order January 5th. This is Arise Bank's official response.

Everything connected to Arise Bank was seized by the authorities, including the ICO funds. I expect an official statement on these issues to be released in the coming days.

If Jared's depiction of events is factual and this whole project is legitimate, we might very well be in for "the greatest fight in history", true to the Arise slogan. The banksters aren't going to give away their position without a fight...

Will Arise Bank step up and become our "David" in the fight against Goliath, or is it all a scam? Please let me know your thoughts in the comment section down below! I just found this article dated today on the matter.

"The U.S. Securities and Exchange Commission obtained a court order freezing the assets of a Texas-based initial coin offering that claimed to have raised more than $600 million.. [...] The asset freeze is the biggest action yet for the agency trying to police a red-hot market that’s raised billions from a range of investors."

I am sorry but if you are going to raise big money, you have to do it properly. Follow the US rules if you are in the US. Else, move to a jurisdiction that allows what you want to do. And... one way or another, scammers will get punished.

Edit: Reading through the SEC documents I have to admit there is some compelling evidence. I'm still on the fence tho, as there are mighty powers at work here, and the incentives are many.

Do you think the government is doing this to protect us? I believe they're doing it because of pressure from the banking industry. From what I understand the whole point is to challenge the legislation. The government claim aCO is a security, while Arise themselves label it as a utility. The unauthorized use of the word 'bank' which is also something they kicked off on, is irrelevant if Arise in reality operates within the boundaries of what they themselves claim to be. There is a lot which is yet left to be determined in court and from what I've heard Arise is setting up a solid defence. I won't pass judgment until I've got compelling evidence.

IMO, this might be good as there are so many ICOs which are no more than a money grab. It was open season in 2017 and the shitest of projects got funding simply because they were good story tellers and made sure to use a diamond geometric background on their websites.

2018 will be the battle of the blockchains. Media will begin to realize the underlying value instead of just running with the cryptocurrency hype. Projects/Teams will compete for supremacy. Who has the better code and the real world use will rise. The pipe dreams will sink to the bottom.

True. Regulations are in order. I just hope the legislators won't go over board with to the point where it cripples the entire industry.

2018 will be a very interesting year for sure! What projects/teams do you have faith in?

Yeah I don't think it will cripple it. It was just ridiculous last year so there had to be some sensibility and stability.

There's plenty of good projects but atm I think everyone is observing. What will struggle with this intervention and what will be realized as solid.

When I investigated Arise Bank I found it lacking, After previously, spotting several SCAM ICO's I spent some time researching on the internet. There were several red flags, allegations of past fraud by Jared, misleading information on the website (ATM locations), and a less than optimally designed website. (Someone said, the whole website is stupid, links do not go anywhere. I went to the website and started clicking links and several of the links I found all flunked the test.). I listened the the AM COAST TO COAST radio interview. I found it very vague and less than clear. It was sort of like listening to a politician. He talked a lot by never answered the question. That said I was surprised to see him on the Radio. My best judgement indicates this is a SCAM, and as a result it is good that the SEC/FBI raided. We have too many scams in crypto-space. Taking out some of the scams makes it more legitimate for the real projects. Eventually, all the scams go away, and the real projects are left, but it is so annoying to have to sort them out. If the project is real, Jared can explain it all to the nice judge and they can work things out. I am doubtful that will happen. If this is real Jared did a poor job of PR and Community relations. He should have signed the bank deal, before announcing it so people could see the real bank name. (Buying a bank is not that difficult if you have the money...) It should have been named better to avoid scrutiny. There are also lots of tropical countries with tough banking laws that likely would be very happy to partner with him. I mean -hello- there is a reason there are all those banks on small Caribbean islands! Anyway. I would like to believe that this was all real, but my good judgement tells me otherwise. Good luck to him and the courts to sort things out.

Many valid points here, altho most of them have been responded to with somewhat plausible explanations. There are quite a few points that should raise concerns, but until I've seen compelling evidence, I'll remain on the fence. The fact that Stan Larimer believes in this project is what keeps me positive. There are lots of conflicting interests in this space where crypto meets FIAT, and regardless of what happens, this is a thriller to watch.

Yeah, I'm really curious about the details here. I'm not passing judgment before I'm presented with sufficient evidence. Every bone in my body want Arise to be legitimate and succeed in bringing back the power to the people.

Lets wait and see,i hope so too

It sort of feels like we are a heard of Zebras watching the lions get one of weakest members. Sure it is rough, he's got eaten, that is life. He was sick, weak, and injured and his presence was a danger and a risk to the entire herd. Without him we are stronger. Getting rid of him actually makes the heard faster and reduces the risk of others catching the disease he had. Is this harsh? Maybe. Life it rough in the world. While we all like sticking together and protecting our own, sticking out our neck has definite risks. He is the best candidate to throw to the lions. He still has a fighting chance. US courts are honest, he can get a lawyer up and sort things out. As a fellow zebra in the herd, I can't tell you exactly what he had. Whether he is lying or telling the truth is hard to prove, but I can tell you there are a number of smart people saying he is a fraud. This raises questions. Let the lions figure it out.

I've already grabbed my popcorn. Hoping for the best both in terms of legitimacy and the future of this project.

I hope all turns good for arise

Yeah, got my fingers crossed as well. If legitimate, the cause is beyond words...

Fuck. This really sucks. I'm afraid we're about to start seeing more and more of this as the crypto threat to the established institutions starts being felt. 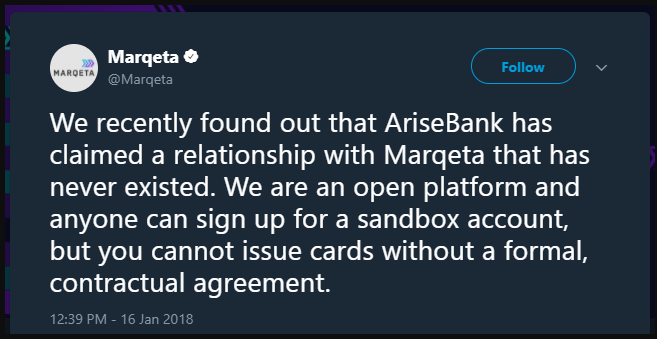 AriseBank stated it had purchased an FDIC-insured bank named KFMC Bank Holding Company. The SEC shows this, as well, was a lie: KFMC is not an FDIC-insured financial institution.