ANTIFA terrorist David Campbell attempted to kill a Trump supporter outside of an event hosted by Mike Cernovich. This terrorist attack was coordinated on Twitter, as many "journalists" doxed the venue's private location. Read, "Protester charged in Trump supporter attack tried to put cop in headlock." 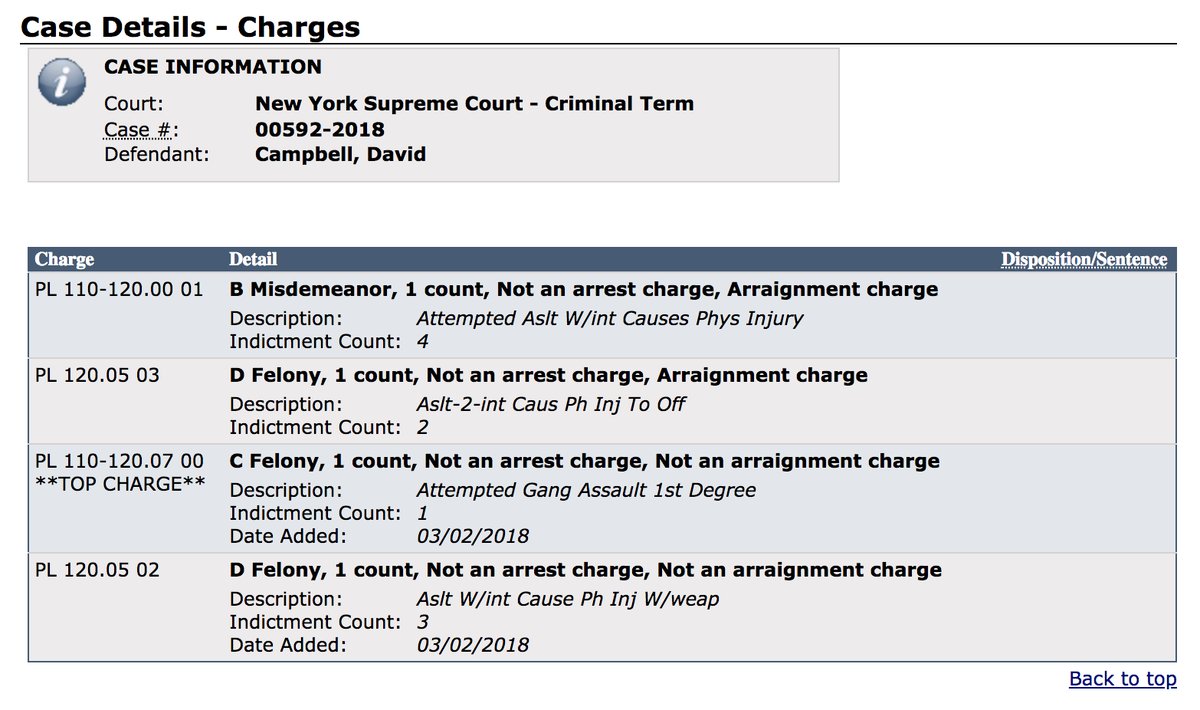 A Class C felony, gang assault in the first degree carries a prison sentence of up to 15 years. Campbell faces two other felony charges, including assault with intent to cause physical injury to an officer.

The mainstream media refuses to report on this story, because multiple CNN hosts including Don Lemon have praised ANTIFA.

Welcome to the Information War on Steemit.

Use the #informationwar tag to join the fight.

Here's some helpful links to manage steemit.
https://www.steemnow.com/ <--shows your voting power and other data
https://d.tube/ <--- the youtube for steemit. Linked to steem account.

Hey Hey You are followed.....
Welcome to steemit

Are you a fan of Cernovich?

Are you a fan of Cernovich?

One down, many more to go!

I wonder if @stefan.molyneux is official or not.

That's a great start. Now if only we could have #homelandsecurity classify antifa a terror organization.
Welcome @cernovich

Re-steemed to help get the word out!!!!

Nice to have you here Mike! Looks like steemit is about to get some serious new talent.

Yes, and Cernovich can encourage Alex Jones to join, assuming Alex hasn't yet.
Drudge and Milo and Louder For Crowder can join too, if they haven't.

Agreed. But don't forget to share to the ghettos sometimes, too.

Sweet I love your Intel. Glad you joined steemit. I'm following you from YouTube also At least until they drop you

Yes, welcome aboard, Mike. Just watched your vid appearance last night on AJ. As @richq11 mentioned, we have an active and growing community. You'll like the name - @informationwar. So, use #informationwar as one of your 5 hashtag choices if you'd like some more support from an excellent group. If you have any questions, message one of us.

But why not terrorism charges? This violence was political in nature.

Nice to see you Bro !

He'll prolly get a slap on the wrist. That's what the others got, even the ones charged with felonies.

Glad to have you aboard, Mike.
Best,
Texagonia Drone Videos