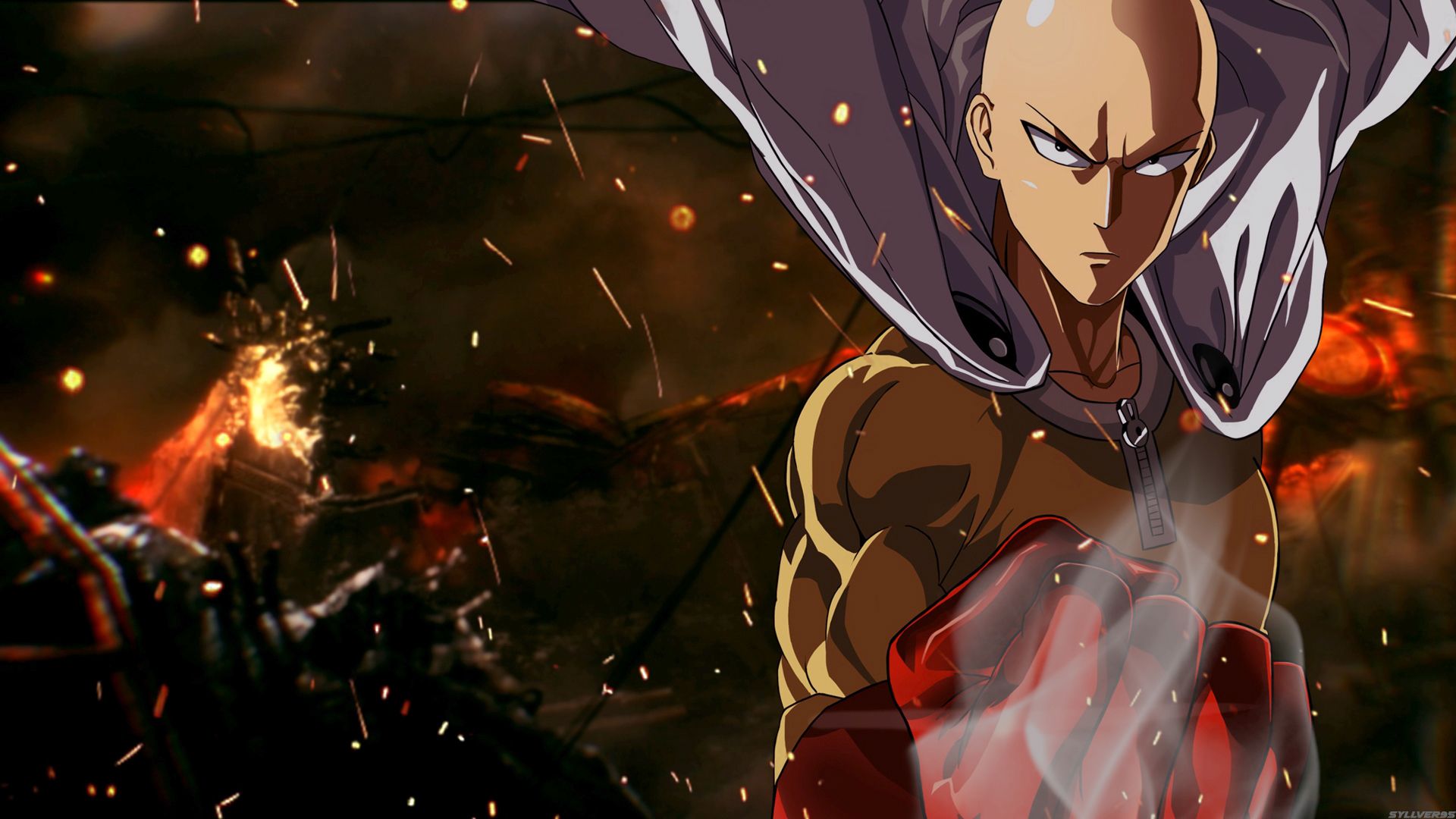 In the vast world of Anime it is hard to say which one has the strongest character but in my opinion, it is One Punch Man's Saitama. In the series and manga, it has been testified by many that Saitama does not know the origin to his powers because the method in which he claims to have gotten such power makes absolutely no sense.

He claims to have gotten his powers by doing 100 push-ups, 100 squats, 100 sit-ups and a 10km run everyday for 2 years but I'm pretty sure that you can't jump from the moon to the Earth by just doing that. Saitama is an invincible character with immeasurable strength, immeasurable speed and an indestructible body. The anime is named after Saitama as he always ends every fight with One Punch. Throughout the series and manga there has only been one being that required Saitama more than One Punch to defeat and that was Lord Boros. An intergalactic destroyer of planet who received a prophecy that he would fight a formidable opponent soon. One thing that made Boros an issue apart from his immense strength that managed to kick Saitama to the moon was his healing ability, the first punch Saitama threw at Boros blasted Boros into pieces but his healing ability allowed his body to regenerate.

Despite the fact Boros used all his power to fight Saitama, Saitama ended the battle by using Consecutive Series of Serious Punches and due to this technique, the clouds of the Earth were split across and then it was made known to us by Boros, whose healing ability completely stopped, with his dying breath that Saitama didn't even use up to half of his power to fight and then he acknowledged Saitama that he is the strongest.

For all One Punch Man fans, we are currently waiting to see if there will be anyone to match Saitama's power so we eagerly keep reading going for a fearsome and awesome battle. There have been many discussions on which anime character from another world can defeat Saitama but it seems there is no match, even Kaguya's demon ash bone might not work since it cannot penetrate Saitama's impenetrable body. Now we know who the Saikyo(ultimate) anime character is. Sayonara Mina.