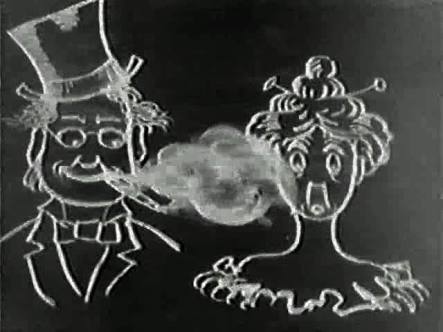 The first animated film
Humorous Phases of Funny Faces is a silent cartoon by J. Stuart Blackton released in 1906. It features a cartoonist drawing faces on a chalkboard, and the faces coming to life. It is generally regarded by film historians as the first animated film. It features movements as where a dog jumps through a hoop, a scene which actually uses cutout animation made to look like chalk outlines. The film moves at 20 frames per second