FIRST NONPROFIT ANIMAL RESCUE FUND ON STEEMIT! @SteemRescue HAS BEEN A WORK IN PROGRESS SINCE ITS CONCEPTION IN MID-2017. THIS MULTI-CONTINENTAL EFFORT SPANS OVER 10 COUNTRIES ALL AROUND THE GLOBE. @SteemRescue COMMUNITY PRIDES ITSELF ON BEING 100% NONPROFIT WITH ALL EARNINGS FROM OUR POSTS GOING BACK INTO HELPING THE ANIMALS THAT ARE FEATURED IN OUR POSTS. 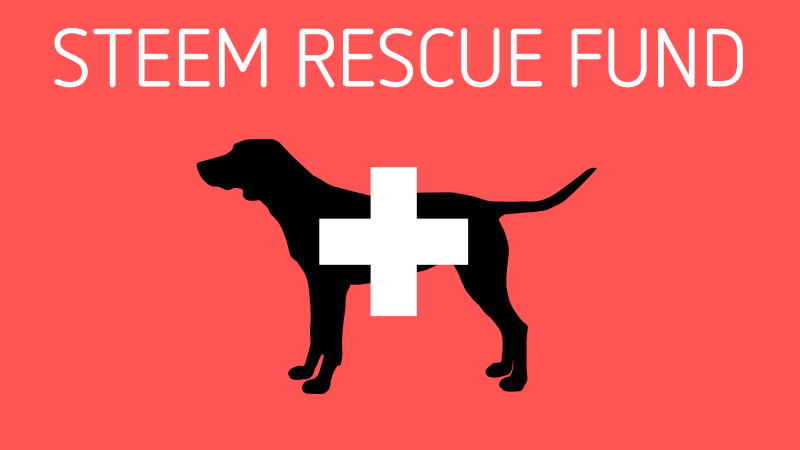 Our mission is simple, rescuing mistreated animals all around the world, bringing them into safe shelters where they can be treated and healed and then brought into loving homes. We decided to make @SteemRescue because most of the funding needed to rescue many of these animals rely on donations and small government funds that are usually not enough to even save a single animal in some areas. We have decided to combine our forces and come together as one on Steemit to bring the issue into the limelight.

All earnings from @SteemRescue will go back into treating and funding of the animals care. This includes but is not limited to: Spay / Neutering, Vaccinations, Surgery Costs, Food, Funding of Rescue Missions, Animal Specific Funding, Shelter Expenses for the Animals, Toys, and many more!

WHAT CAN YOU DO?

We are not asking for much, the entire @SteemRescue Team work 100% unpaid. All we ask of you is to please take some time to read our posts, follow us, comment, share, resteem, and upvote our content so that we can help cover costs from these many animal shelters/rescues.

I hope you guys are able to get help with funding here on steemit! I love Forgotten Cats of Delaware, they're a great foundation!

Thank you, @derpdragon! We truly hope that things work out for us here on Steemit, we will be posting content everyday from all these foundations raising funds to help those animals. Thank you

Welcome to Steemit steemrescue. Let me know if you got any questions about Steem or anything related to it! The official FAQ can be found here and has A LOT of information https://steemit.com/faq.html - Also remember, Steemit is just ONE of the sites built that uses Steem the blockchain. We also have DTube - our very own Youtube, DSound for Soundcloud and Steepshot if you prefer Instagram like experience. I'd also like to mention ChainBB - forums, Busy - Steemit with more modern look basically, DMania for memes and Dlive for streaming just like in Twitch! Welcome to the blockchain

Thank you for the kind welcome, @janne! We will for sure contact you if any problems arise :)

Congratulations @steemrescue! You have completed some achievement on Steemit and have been rewarded with new badge(s) :