In the eastern part of AUSTRALIA, there lives a very interesting but strange creature called PLATYPUS.The real name of which is Ornithorhynchus anatinus, which is definitely very difficult to say, and if u really want to call it by its original name, you'll have to read it a number of times.It is also called a duck-billed platypus or simply a duckbill. Their highest life span recorded is 17 years. HOW DID SCIENTISTS DECIDE TO CALL IT 'PLATYPUS' ????
When the people of Europe seen this strange creature ,first time, nobody had believed that it's real. because nobody had seen such a strange creature before, They examined it in different ways to get surity that it's real. They looked at it, touched it and tried to talk with it, and then finally they believed that it's real and an animal.
Now,scientist started to think that what name should be given to this strange creature? some said that we should name it after it's beak, some suggested that we should name it after it's tail, and at the end the scientists gave the name PLATYPUS. most of the people liked this name, but some of them objected and the scientists had to rethink , and they chose to call it Ornithorhynchus . but still most of the people call it by it's first name ---PLATYPUS.

HOW DOES IT LOOK LIKE????
The Platypus is 50 cm. long usually, it resembles with an amphibious mole. It has dense waterproof fur, which keep them warm and dry within the water.They have a bill rather like that of a duck, which is flat and quite soft. It has short feet, the fore feet are webbed but they also have claws. While swimming, they use their webbed fore feet as peddles and hind feet for steering.Its tail is wide, beaver like, long and thick , which helps them to propel through the water. PLATYPUS HABITAT
The platypus loves to live in fresh water lakes,streams, farm dams and rivers. They found usually in Australia on large scale, but they can also found in New South Wales, Tasmania, Victoria and in Eastern Queenland. Most platypuses are found in bodies of water that have earth banks with roots, overhanging vegetation, reeds, and logs to be more suitable for constructing their burrows. Inhabiting temperate, tropical, terrestrial, and freshwater, the platypus usually lives in streams that are no more than five meters deep, but sometimes they can be discovered in rivers up to 1,000 meters deep. Female platypuses typically make two separate burrows, one for themselves and a male as well as one for having new babies. 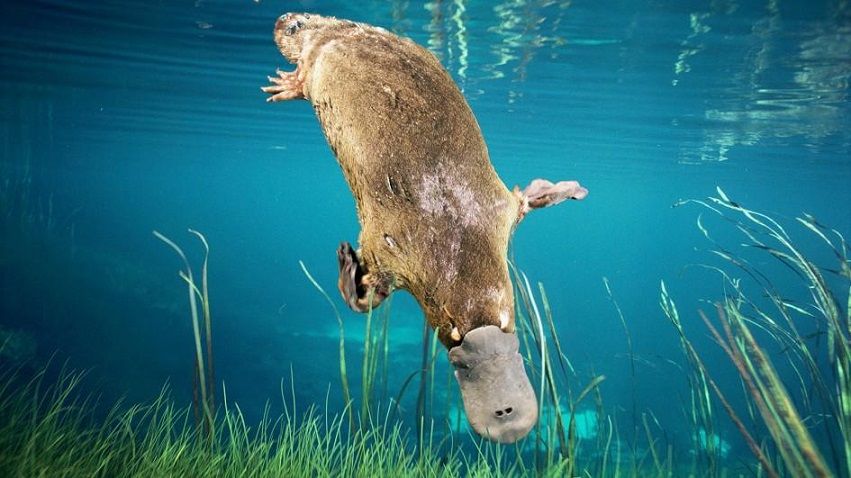 WHAT DO THEY EAT????
The platypus has the ability to consume too much food , the platypuses search their food by diving to the bottom of the stream with their webbed feet and probing the muddy bottom with the sensitive bill. Since they must close their eyes underwater, the animals see in the murky water by sensing electrical currents that are created by their prey’s small muscle movements. Then, the prey are stored in special pouches behind the bill and consumed after returning to the surface.
The diet of platypuses consist of earthworms, shrimps, mollusks, annelid worms, dragonflies, tadpoles, crustaceans, trout eggs and larvae of different insects.

HOW DO THEY BEHAVE????
Being an excellent swimmer, they keep on swimming throughout . They usually spent half of the day to search the food in solitude.They generally regarded as nocturnal and crepuscular. For being a shy animal, they only gather during the mating season.During the daytime, when not in water, they hide themselves into an oval-shaped burrow, made by themselves at the bank of the rivers. This hole can be as much as 18 metres long.At the end of such hole, they make a nest of reeds and grass, where the mother lays usually her eggs, inthe size of marbles.

SOME INTERESTING FACTS ABOUT THE PLATYPUSES...........
As, it is one the strangest creatures, here are the few things which you might not have known before, about this quirky creature.

3.They Do Not Have Teeth As Well
Platypuses do not have true teeth in their mouth. Instead of teeth, this strange animal has unique grinding pads within the mouth, that helps them to crush or grid up their prey .

5.They Do Not Feed With Nipples
Although the platypus lay eggs, after hatching ,when baby platypus comes out, the mother takes care of its baby as other mammals , but one interesting thing is , that the female platypus does not have nipples to feed their baby. Instead, the it has mammary glands duct on its abdomen, the milk comes out of these glands, and the baby drinks it up by sucking it out of its mother's fur. 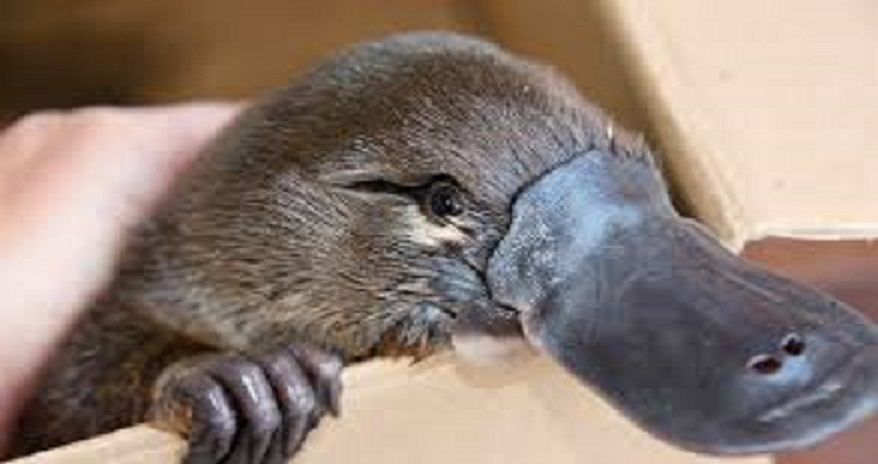 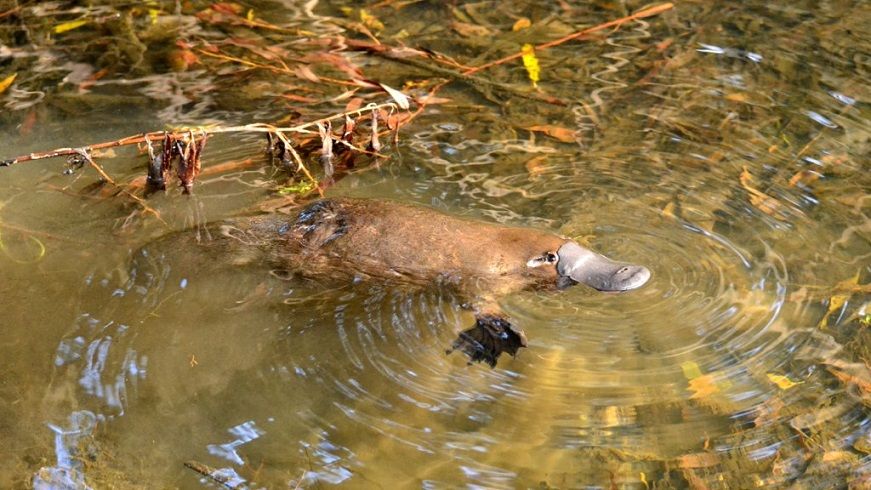 Do they usually wear hats?

Oh my gosh they look amazing! I've never seen one in real life. Added to the bucket list!

I have no bunghole!

@ayesha1234 you were flagged by a worthless gang of trolls, so, I gave you an upvote to counteract it! Enjoy!!

Congratulations @ayesha1234! You have received a personal award!