A BRIEF INTRODUCTION TO PANGOLIN:
The Pangolin is a medium-sized animal,it is usually one metre long.It has a small head, short legs but a very long, broad, stout tail.the whole body is covered with large, horny scales.At the time of birth, these scales are soft but from the very next day,these scales start to become hard,and as it grows up, become more harder. A young pangolin has 30 to 40 lbs. weight. the highest life span of a pangolin is recorded from 18 to 20 years.
WHAT DOES PANGOLIN MEAN????
The name 'pangolin' comes from the Malay ( language spoken in Malaysia,Brunei and Indonesia) word pengguling, which means 'something that rolls up', and this is what it exactly does.

HOW DOES A PANGOLIN COPE WITH ITS ENEMIES????
The scales on the pangolin's skin is made of a substance called KERATIN (the same substance from which human's nails are made). These scales overlaps like the tiles on a roof.Whenever the pangolins are threatened by the slightest danger, they simply tuck their heads into their chest, and roll themselves into a ball and wait in this position till the danger has passed.
All kinds of pangolins have the ability to roll themselves into a ball as self-defense.Their armor-plated scales can also perform cutting action along with their powerful muscles, that inflicts serious wounds on anything inserted between the scales. these scales make up about 15 to 20% of its weight. IS IT A MAMMAL OR A REPTILE????
Despite of its scaly appearance,the pangolin is not a reptile. It belongs to class MAMMALS of the order PHOLIDOTA.
A CREATURE OF NIGHT..........
pangolins usually prefer to live in sandy soils, they spent their whole day into their burrows and come out at night to hunt. 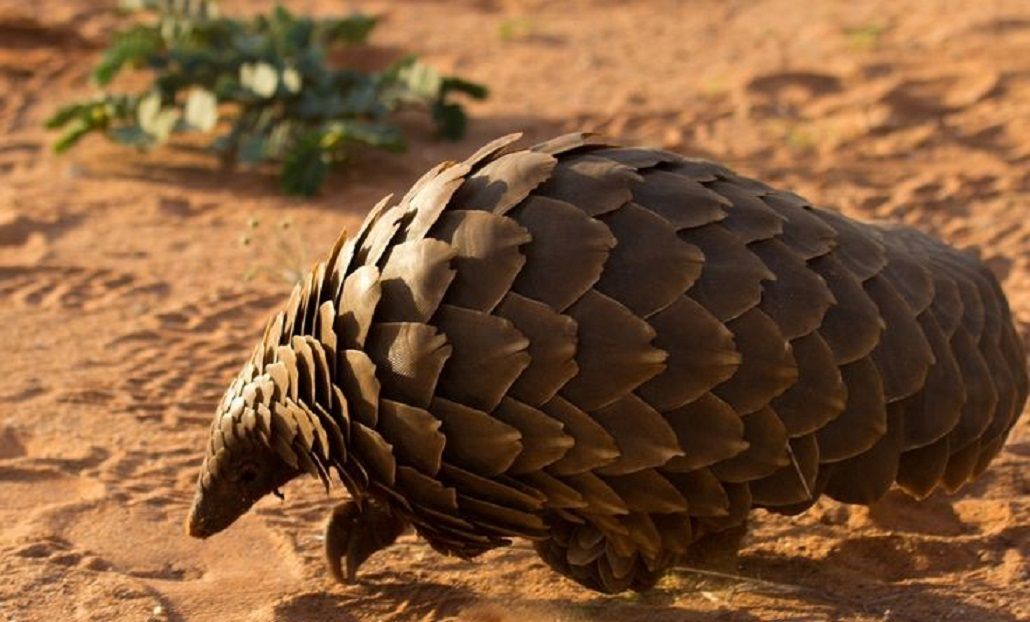 HOW DO THEY FIND THEIR PREY????
The pangolins have no external ears but their hearing and smelling sense is quite good.That's why, they use its keen sense of smell to locate termite and ants nest. Insects are their most favourite. Pangolins have long, sharp claws, which they use to dig away the hard earth from anthills and eat them with their extremely long tongue.
SOME AMAZING FACTS ABOUT THE PANGOLINS:
PANGOLINS are very interesting creature.Their are some very interesting things about them to know:

3.Dreadful Eyesight
Only long tailed Pangolin is active during the day time,the rest species of pangolins are nocturnal and have very small eyes with poor eyesight.
4.The Only Mammals Covered With Scales
The scales on the skin of pangolins are very hard, and protects them against animal predators.Despite of their scaly appearance, pangolins are considered as mammals.
5.Some Pangolins Can Jump And Hang With The Branches

Pangolins usually dig holes into the ground,but some species of pangolins are able both to grip on to overhanging tree branches and dig through concrete.They use their long and strong tail to to hang with the branches, they are good climber as well.
6.They Can Irritate Even A lion
Pangolin's main predators are lions, tigers, leopards and definitely humans also. When any one of them try to hunt pangolin, they roll them up into a ball, and because of their Keratin scales' hardness, it's become very hard for even a lion to bite through.
7.Emission Of A Noxious Acid Like Skunks
After rolling up themselves into a ball, their scales can easily cut the predator's skin, they emit a noxious smelled acid from glands near anus, similar to that of a skunk.
8.Humans Have Taking Their Toll On The Pangolin
Like many other animals in the world, the pangolins are also in danger of becoming extinct. The pangolins are world's most trafficked mammal.According to an estimation, 10,000 of the pangolins are being captured from the wild each year, which is very alarming .

9.Their Meat Is Considered A Delicacy
Abig reason of hunting pangolins is their delicate and delicious meat, which is liked by Chinese, Vietnam and Africans specially.
10.Their Scales Are Used To ........

The hard and dried scales of pangolins are used as roasted,cooked in oil, ashed, roasted with earth or oyster shells to cure a variety of ills.They are specifically used in traditional medicines made by Chinese.The medicines which are manufactured for the excessive nervousness and hysterical crying in children, women possessed by devils and ogres., malarial fever and deafness, Pangolin's scales are used in these types of medicines also. 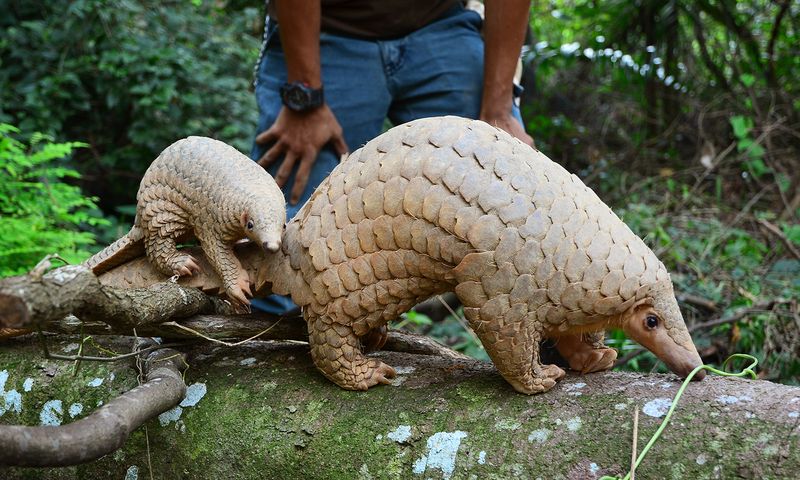